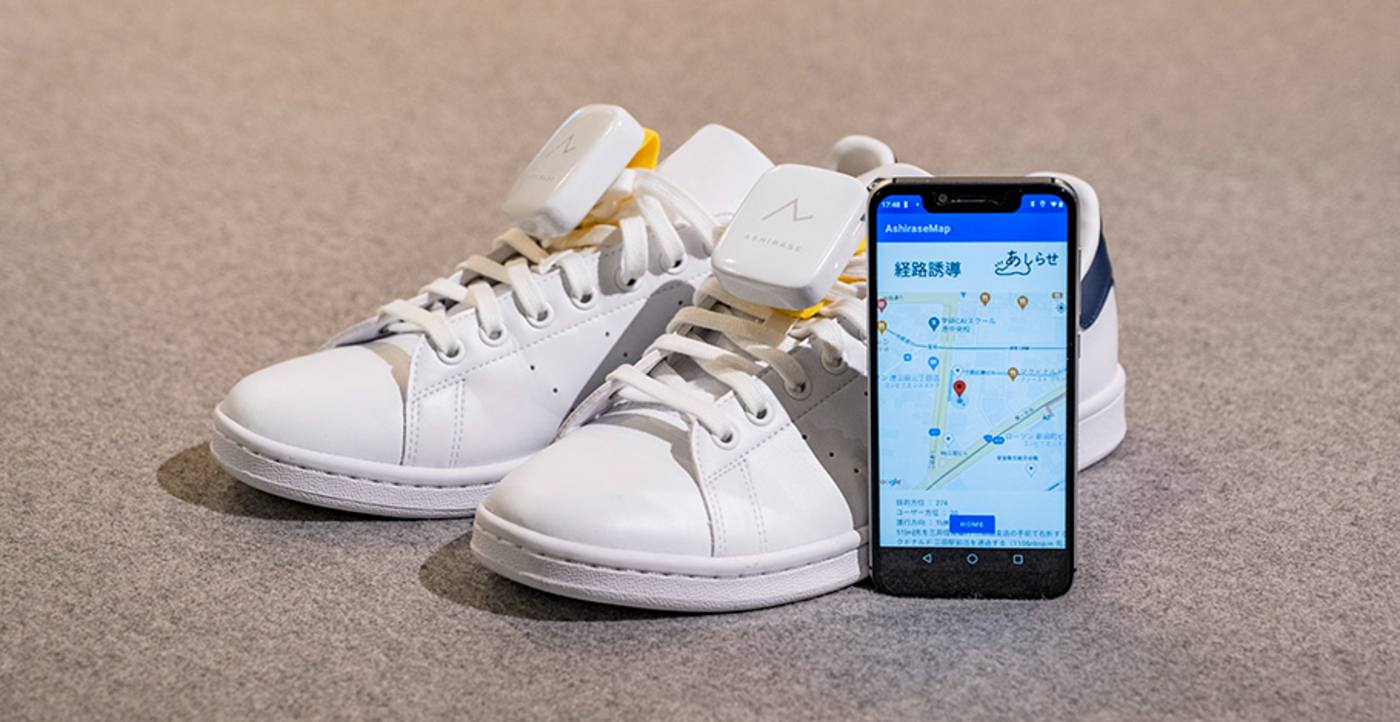 Honda is developing a in-shoe navigation system to support the visually impaired with walking, and it could be a game-changer.

The Ashirase is a navigation system consisting of a smartphone app and a three-dimensional vibration device including a motion sensor, which is attached inside the shoe.

Based on the route set with the app, the device vibrates to provide navigation.

The navigation provided by Ashirase enables intuitive understanding of the route, and therefore the user does not have to be constantly mindful of the direction, which makes it possible for them to walk more safely and with a more relaxed state of mind.

Having navigation be provided through vibration on the foot is also useful in that it does not interfere with the user’s hand which is holding a white cane, or ears used to listen to ambient sounds.

Why is a company known for its automoblies getting involved in this area? Because it matters. In Japan alone, the number of people with visual impairment including low vision was estimated to be 1.64 million as of 2007, and the number is forecast to increase to nearly 2 million by 2030.

Visually impaired people constantly check their safety and route to the destination when they walk alone.

However, as they are required to use all remaining senses to acquire information to compensate for their limited sight, it is somewhat inevitable that they will be unable to pay thorough attention and face functional issues such as “getting lost” or “falling into unsafe situations.”

Moreover, discovery sessions conducted by the development team with the visually impaired revealed that such functional issues lead to psychological issues, as indicated by comments such as:

“When I get lost, people around me sometimes do not respond when I try to talk to them. It is scary because I don’t know why they are not responding.” (comment by a person with late-onset total blindness).”

RELATED: 37 Years Ago She Began Making Braille Children’s Books to Cut the Cost By 90% And Donate Them Worldwide

With the concept of “navigation which enables safety and a relaxed state of mind for the visually impaired,” Ashriase is being developed as a product which helps the users reach their destinations safely and have a more independent lifestyle.

Wataru Chino, a designer at Honda, said, “I am sure that we will face many obstacles as we work toward the market launch of Ashirase; however, we will overcome such obstacles one by one and devote ourselves wholeheartedly to realize the freedom of mobility for visually impaired people.”

WALK a Little Good News Over to Pals—Share This Story…

Costs of raw material for drugs rise by up to 140%