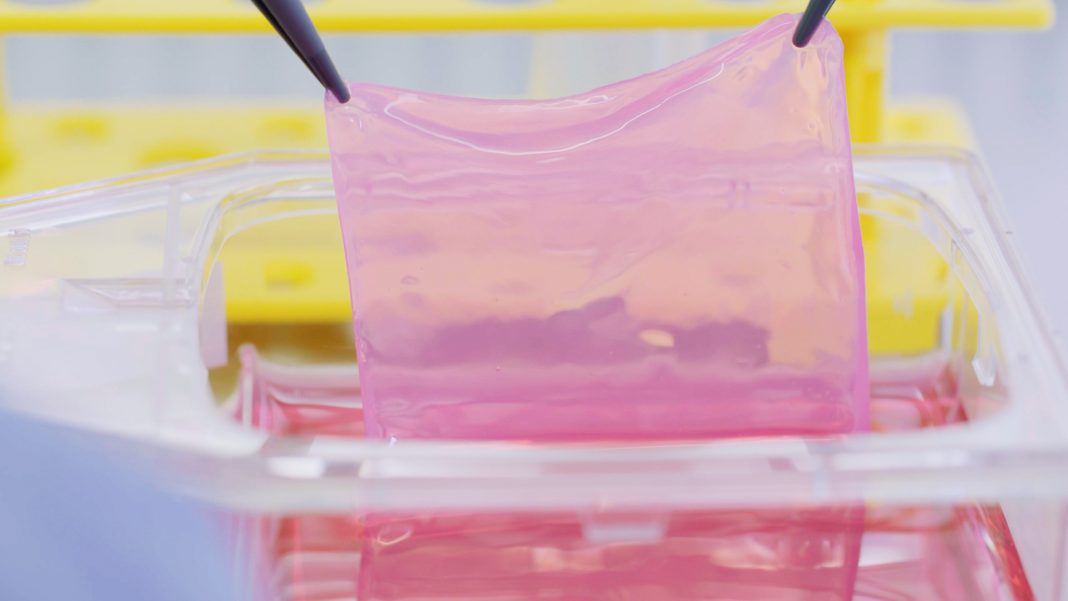 A piece of skin the size of a nickel, when placed inside a revolutionary Swiss bioengineering machine, can create a skin graft the size of a manhole cover.

Neither totally real nor totally artificial, the new machine about the size of a coffee table allows skin to be stretched to much greater sizes in an effort to aid in the millions of people who suffer debilitating injury or death from burns.

Taking healthy, undamaged cutaneous skin cells from the victim, the procedure starts by “growing” them in a lab before combining them with hydrogel. The resulting 1mm inch thick skin is about the combined width of our natural skin layers.

The technology is called denovoGraft, and it’s already being used to treat people even though it’s only recently finishing phase II trials. That’s because for a select few people, this method of skin crafting is so advanced, it’s the only existing option in the world for their condition, which could be a rare illness or a significant burn.

“At the moment we can multiply the surface area of the original sample by a factor of 100, and we’re aiming eventually for a factor of 500,” said Daniela Marino, co-founder and director of denovoGraft’s developers CUTISS.

A Swiss news outlet reports that 11 million people worldwide suffer serious burns every year, and a more democratized treatment option could launch the field forward to a point where those in developing countries and war zones would be able to receive a denovoSkin graft. The denovoGraft machine can make several grafts at a time with no manual input, which offers the chance to dramatically reduce both production time and costs.

While the market for skin reconstruction in the event of scars or burning is valued at a little less than $2 billion, there are only around 40 people employed full-time in the sector.

“There are 20 centres of excellence in Europe for treating serious burns,” Marino told Swiss Info. “We’re going to start by working with them, and we can do that on our own. Later, sure, we’ll have to find partners.”

Marino expects phase III trials to be finished sometime after 2023, after which the procedure would initially be available principally in Europe.

(WATCH the video about this story below.)

CURE Your Friends of Bad News—Share This Story With Them…

Would be wise to open primary schools before secondary ones: ICMR DG