‘A return to life as we know it’ as New York and California remove most coronavirus restrictions. 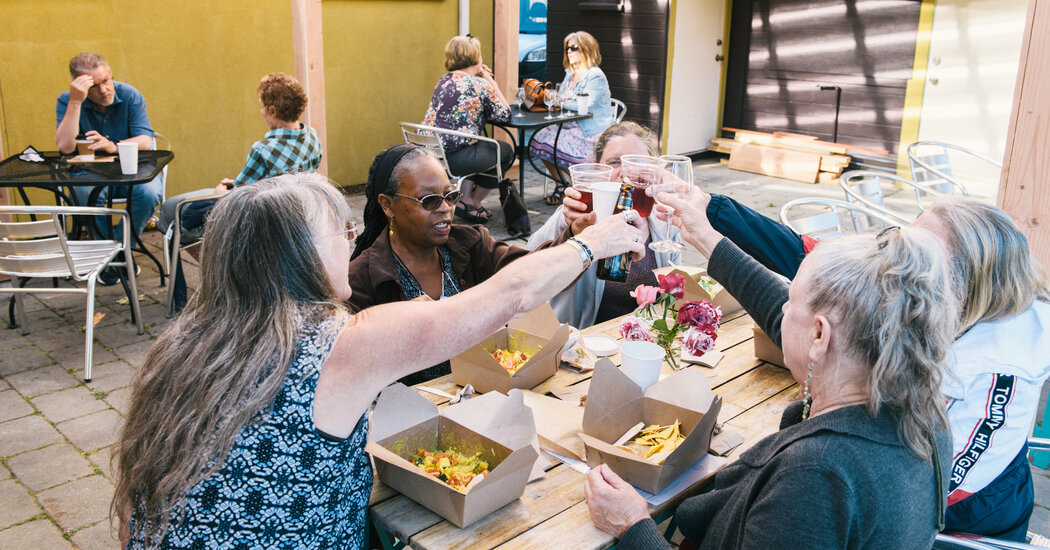 Diners at a cafe in Eureka, Calif., on Tuesday, after Gov. Gavin Newsom relaxed most capacity limits and social distancing requirements.Credit…Alexandra Hootnick for The New York Times

The governors of New York and California, the states hit earliest and hardest by the pandemic, triumphantly announced on Tuesday that they had lifted virtually all coronavirus restrictions on businesses and social gatherings as both states hit milestones in vaccinating their residents.

In New York, where 70 percent of adults had received at least one dose of the vaccine, the order from Gov. Andrew M. Cuomo means that restaurants will no longer be forced to space tables six feet apart; movie theaters will be allowed to pack their auditoriums without spacing seats apart; and entering commercial buildings won’t require a temperature check.

“This is a momentous day and we deserve it because it has been a long, long road,” Mr. Cuomo said at the World Trade Center in Lower Manhattan on Tuesday, adding that the changes meant a “return to life as we know it.”

In California, where 72 percent of adults had received at least one dose of the vaccine, Gov. Gavin Newsom called Tuesday “reopening day,” as he lifted similar capacity limits on businesses and social distancing requirements, with some exceptions.

Businesses in both states, however, will still have the option of requiring health precautions on their premises. The two governors, both Democrats who are facing political difficulties, made their announcements at events that seemed more like rallies than news conferences.

For all the celebration, however, the nation has reached 600,000 dead from the coronavirus, a grim reminder of the virus’s painful toll even as Americans begin to enjoy a summer with significantly fewer limitations, if any, on their ability to live, work and socialize. As of Tuesday, more than 63,000 have died from the virus in California, while in New York that number has reached nearly 53,000 — the two highest totals in the country.

Yet both governors took the opportunity to look ahead.

Biden and Putin say the talks went well, but divisions remain on issues like cyberattacks and human rights.