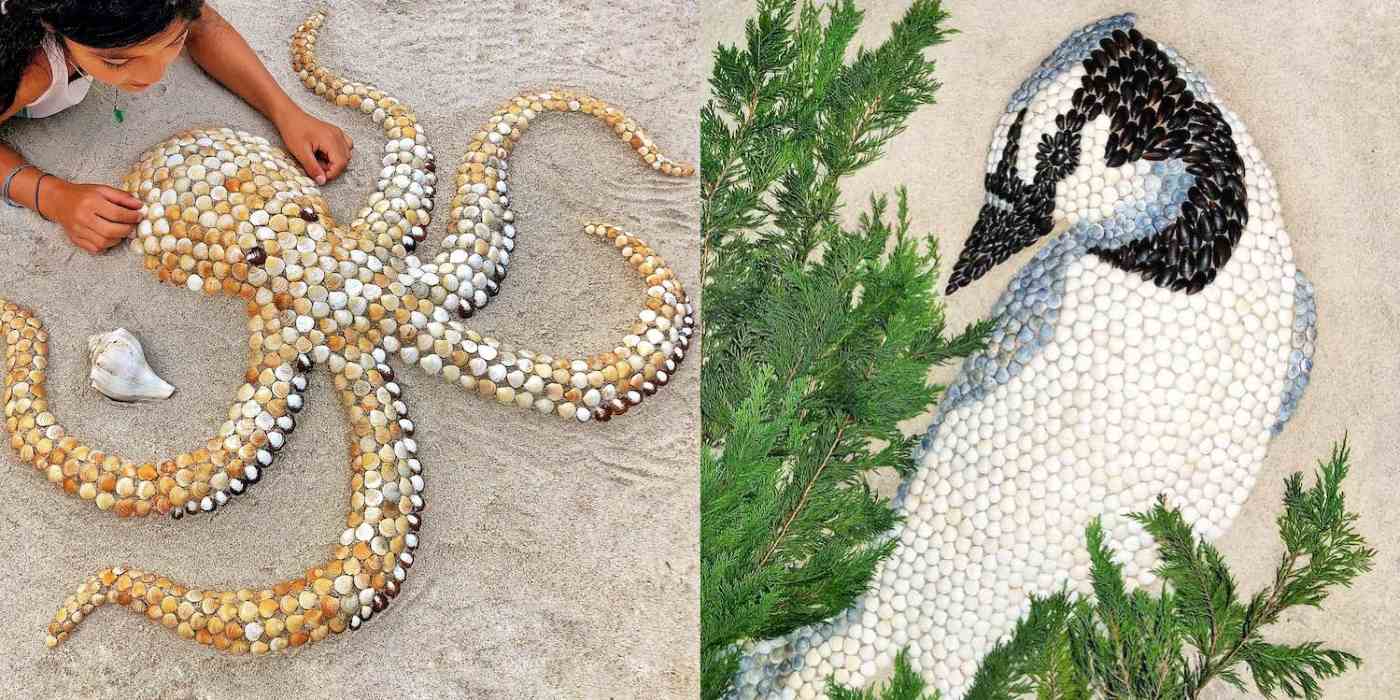 Most people walking along the beach enjoy the surf and sand and occasionally take home a shell or two as souvenirs of a lovely day spent at the seaside.

For one eagle-eyed artist, however, the beach is more like an endless jigsaw puzzle box filled with the infinite shapes and colors from which she’s created a stunning menagerie of animal portrait mosaics that makes everyone who sees them smile.

During the COVID-19 lockdown, New York-based jewelry designer Anna Chan found herself with time on her hands.

To fill out her days, she and her 10-year-old daughter took to exploring the beaches of Robert Moses State Park, where they began collecting seashells.

Chan soon realized she’d discovered a whole new medium with which to express her talents.

Initially, she thought to create a dozen different animals to grace the pages of a calendar but admits her newfound oeuvre has become something of an obsession.

“Having worked on a small scale most of my life, being able to use my entire hands to sculpt large pieces was truly liberating, especially during such trying times,” Chan told My Modern Met.

MORE: Artist Creates Mythical-Sized Image Of Seal And Her Pup At a Unique Local Beach

From there, using a variety of organic materials gathered on the beach, she’s gone on to sculpt an assortment of marine, avian, and terrestrial species wide and eclectic enough to fill a fanciful zoo.

While Chan eventually opted to move her workspace from the seaside to a home studio in order to fine-tune her artistic vision and afford her sculptures more permanence, putting together the pieces of her lovely gift-of-nature puzzles remains the driving force behind her imaginative creations.

“The seashells are like little jewels to me, each one a mosaic piece finding its place in the big picture,” Chan told MMM.

“I’m inspired by their colors, texture and shapes and even the broken pieces, I find beauty in it.”

To end King Coal’s reign, must his most loyal subjects get paid? Compensating phase-out losers for a just transition