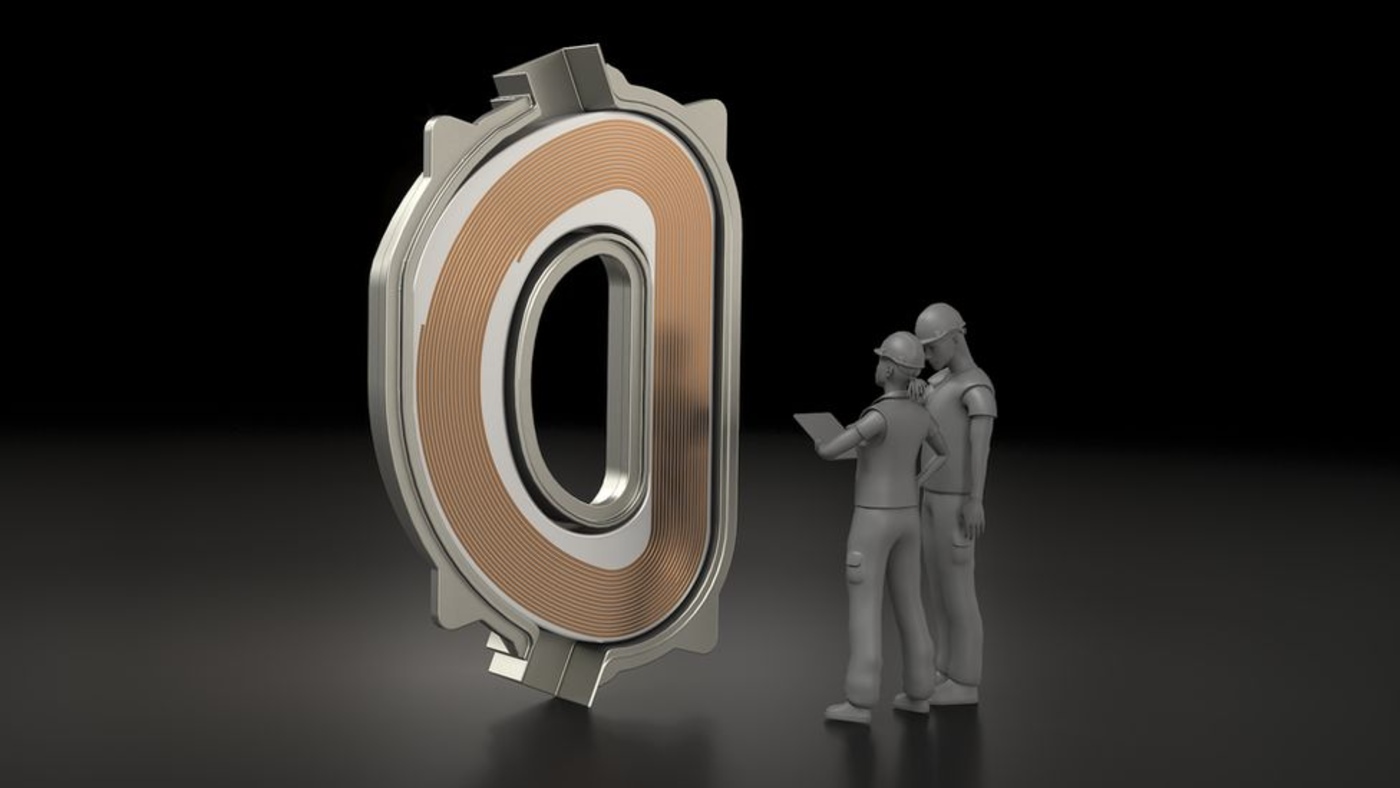 While industries are harnessing solar, hydro, and geothermal power to solve the world’s energy problems, it’s been thought by many for sometime that the eventual source of unlimited clean energy will be nuclear fusion.

Fusion reactors replicate the power and process of the sun down here on Earth by creating plasma, the fourth material state, inside a controlled device that harnesses the heat given off as energy to be turned into electricity.

Now a pair of private firms, one near MIT in Boston, and another in England, are developing something that could be described as a “portable” fusion reactor, by utilizing rare minerals and some of the most powerful magnets ever made.

If the firms are able to finish solving some of the most complex technological problems imaginable, coal and oil could stay in the ground, there’d be no need to risk another Fukushima, the enormous inefficiencies with renewable energies could all be forgotten, and all those engineers and technologists could lend their talents to other areas of the economy.

“It’s every engineer’s dream, really, to have a project that’s technically challenging, which requires you to develop new technology and solutions to hard problems, but that are also simultaneously important for the world to have,” Dr. Greg Brittles at Tokamak Energy, the UK firm developing a new fusion reactor, told the BBC.

Unlike other physics equations, the fusion reactor theory is actually quite simple to explain. Hydrogen atoms go into the reactor, immense pressure causes them to fuse and become helium. Some of this hydrogen mass is converted into heat, which can be used to generate electricity. Simple.

MORE: U.S. Can Run Primarily on Renewable Energy by 2050 For Cost of $1 Per Person Per Day—Says New Research

The difficulty comes with the process. In order to make fusion occur on Earth, scientists like Brittle must heat hydrogen isotopes to degrees in the hundreds of millions, at which point they break apart and form a plasma.

The sun has its gravitational field to contain the plasma within it. Lacking an object 330,000 times the mass of the Earth, Tokamak Energy and other firms are planning to keep the plasma controlled with super powerful magnets.

Herein lies the problem: how can you build a device that can heat and contain matter in such extremes which doesn’t just use more energy than it generates?

For five years Brittles has helped develop a series of power magnets wrapped with layers of superconducting tape, to be arranged in a spherical or apple-shaped fusion chamber called a tokamak.

As the magnetic forces interact with one another, the pressure in the chamber builds to an incredible level—about two times more intense than at the deepest point in the ocean. The superconducting tape draws large amounts of energy from tokamak, allowing the reactor to produce more than it consumes.

“It will be an assembly of many, many coils generating forces that are all interacting and pulling on one another forming a balanced set. This has to be controlled or the forces could become imbalanced,” he explains to the BBC.

More of this Tony Stark-like tech, this time from America’s Commonwealth Fusion Systems (CFS), is also gunning to solve the inefficiency problem. Forming a D-shape large enough for a human to stand in, powerful magnets are wrapped with 300 kilograms (660 pounds) of superconducting tape made from a barium copper oxide.

CHECK OUT: Amazing Fungus Discovered at Chernobyl Could Be Grown On Rockets to Protect Astronauts from Toxic Space Radiation

This tape has taken decades to develop, and when cooled to -253 °C, which used to take a refrigerator the size of a house, it conducts nearly all of the 40,000 amps passing through the tokamak at any one time, and very efficiently.

18 of CFS’s magnets are to be arranged in this doughnut shape, similar to a particle accelerator, and their research and development team boasts that their reactor will be able to turn a glass of water into the electricity usage of one human for their entire lifetime.

Government funding has gone into fusion reactors before, tens of billions of dollars in fact, but so far this haven’t solved the fundamental problems. For example, the super-intriguing international nuclear fusion research project, ITER, which GNN reported on and which is funded by dozens of countries, is years behind schedule.

The leviathan of metal and magnets being constructed in France by all these nations may one day be able to produce fusion, but it will be in a facility that requires many employees, with components that require gobs more rare Earth minerals, and it will be completely immobile—not to mention that humanity perhaps would require more than one such reactor.

Meanwhile, this private innovation, this “race” as Kingham calls it, done with limited resources, always produces the most innovative technologies. There’s no reason to make a reactor that weighs and costs as much as a cruise ship if you can make it the size of a phone box.

Young children would rather explore than get rewards: Study finds their exploration is not random