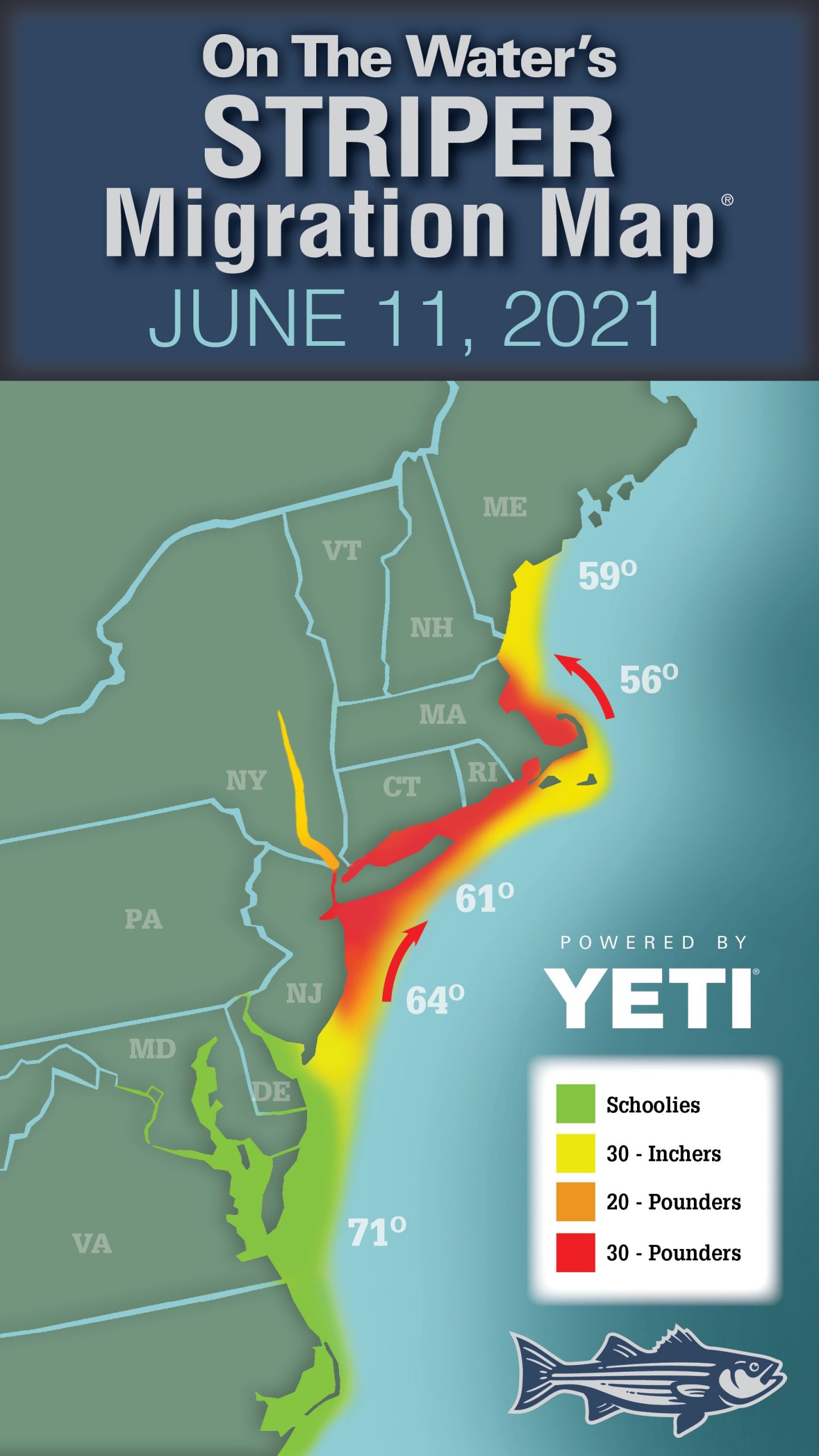 Another June New Moon has come and gone, and it seemed to bring plenty of great catches to angler’s throughout the Northeast. There are big schools of stripers colliding with schools of baitfish along the oceanfront as warming bay waters send bass back into open water. Stripers were feeding aggressively this week, with many large fish falling to topwater lures.

If you didn’t get your big fish on the New Moon, worry not. The tides will be stronger, and the fishing should be better in a couple weeks when the June full moon rises over the Striper Coast.

Remember that striper fishermen are now required to use circle hooks when using natural bait. Also, let’s all do our best this season to make sure that any stripers we release swim away healthy.

It seems like the big bass have left the building in the Chesapeake, leaving behind the resident fish, many of which are below the 19-inch minimum, so be sure to practice good C+R habits! As of June 1, all tidal areas in Maryland are open to fishing for striped bass. 2021 regulations for recreational striped bass fishing in the Chesapeake Bay are available on the DNR website.

With water warming and bass continuing to push north, many southern New Jersey anglers are shifting their sights to fluke, sea bass, and kingfish. There are still some slot-size stripers along the beaches and jetties, willing to take a clam or bunker fished on the bottom, and a good amount of schoolies still feeding in the backwaters and the surf.

It’s a different story in Northern New Jersey, where big stripers are still being caught on the beaches and boats. Trolling has been working best lately for the oversized stripers, though live bait is working at times. At least one giant striper was taken in the New Jersey surf this week, a 51-incher on clams.

Big stripers are balling up on the eastern end of Long Island, there are quality stripers on the North Shore, and 30-plus pounders hounding bunker off the South Shore.

Some large stripers have been moving east through the sound, and setting up shop in eastern Connecticut. Narragansett Bay continues to hold large stripers, and big fish are starting to set up at Block.

Reports around the Cape were tepid for the new moon in June, but north of the Cape, from Boston to the North Shore, large stripers have made their presence known.

Fishermen are finding 30-inch fish consistently inside the rivers of Maine and New Hampshire, and there have been a few reports of fish larger than 40 inches.