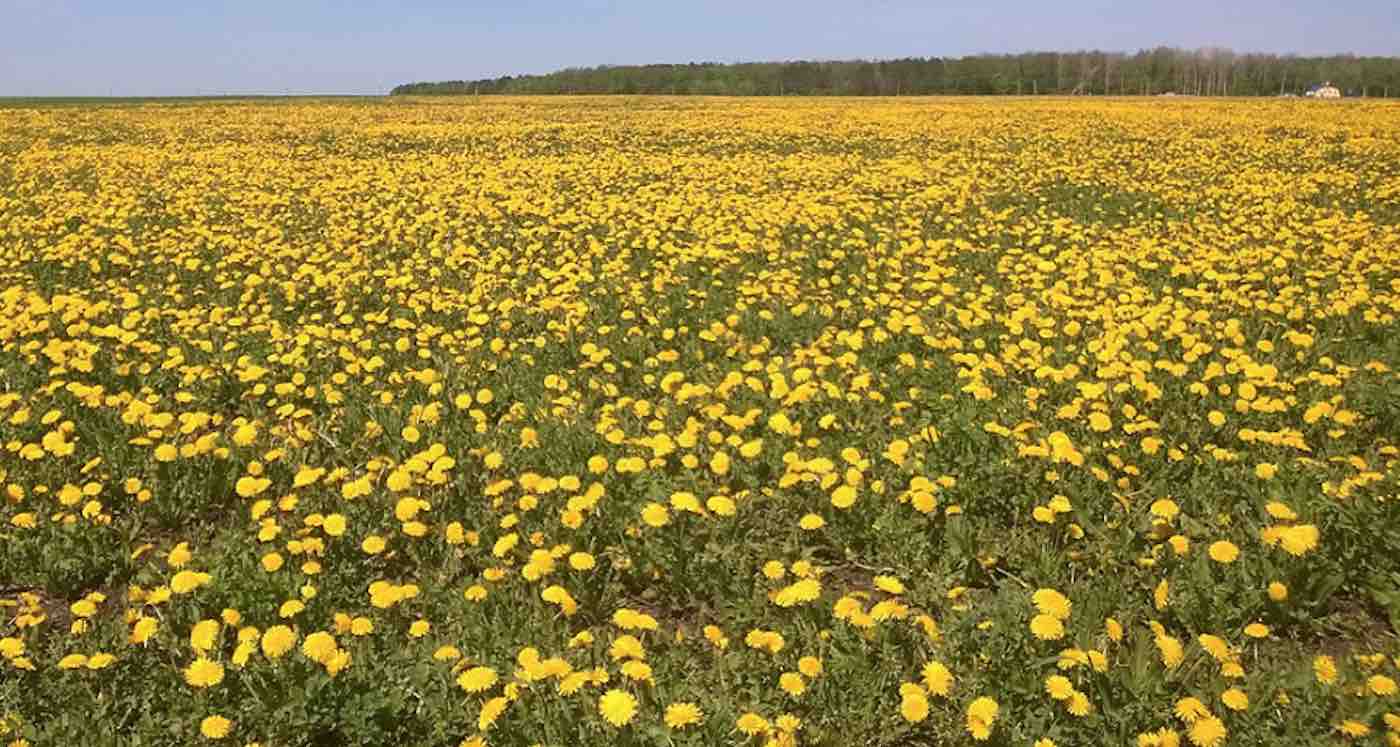 As companies continue to search for more environmentally regenerative materials to use in manufacturing, the tire industry is beginning to revisit an old Soviet method of rubber cultivation, using a plant that is considered a pesky weed in the West—dandelions.

A major tire company in Germany has partnered with the University of Aachen to produce dandelion rubber tires in a bid to cut back on landfill waste, microplastic pollution, deforestation, and economic shortcomings related to rubber tree cultivation.

While the concept of “dandelion rubber” seems like a Harry Potter spell waiting to happen, as mentioned previously, it was actually developed by the Soviet Union in their quest for self-sufficiency.

Reporting from DW tells the story of a scavenger hunt across the largest country ever, and the testing of more than 1,000 different specimens before dandelions growing in Kazakhstan were found to be a perfect fit.

Previously, the world used the rubber trees, mostly Hevea brasiliensi, from Brazil, but during the Second World War the major powers of the USSR, UK, US, and Germany, were all cultivating dandelions for rubber manufacturing.

After the war ended, demand and supply gradually returned to Brazil and eventually to synthetic tires made from petrochemicals.

Now, Continental Tires is producing dandelion rubber tires called Taraxagum (which was inspired by the genus name of the species, Taraxacum). The bicycle version of their tires even won the German Sustainability Award 2021 for sustainable design.

“The fact that we came out on top among 54 finalists shows that our Urban Taraxagum bicycle tire is a unique product that contributes to the development of a new, alternative and sustainable supply of raw materials,” stated Dr. Carla Recker, head of development for the Taraxagum project.

The report from DW added that the performance of dandelion tires was better in some cases than natural rubber—which is typically blended with synthetic rubber.

Capable of growing, as we all know, practically anywhere, dandelion needs very little accommodation in a country or business’s agriculture profile. The Taraxagum research team at Continental hypothesizes they could even be grown in the polluted land on or around old industrial parks.

Furthermore, the only additive needed during the rubber extraction process is hot water, unlike Hevea which requires the use of organic solvents that pose a pollution risk if they’re not disposed of properly.

Representing a critical early-season food supply for dwindling bees and a valuable source of super-nutritious food for humans, dandelions can also be turned into coffee, give any child a good time blowing apart their seeds—and, now, as a new source for rubber in the world; truly a wondrous plant.

MORE: Bike Tires That Need No Air Are Made From NASA Rover Tech –But Soon Will Be Available to Any Cyclist

BLOW The Seeds of Progress to Your Social Media Pages…