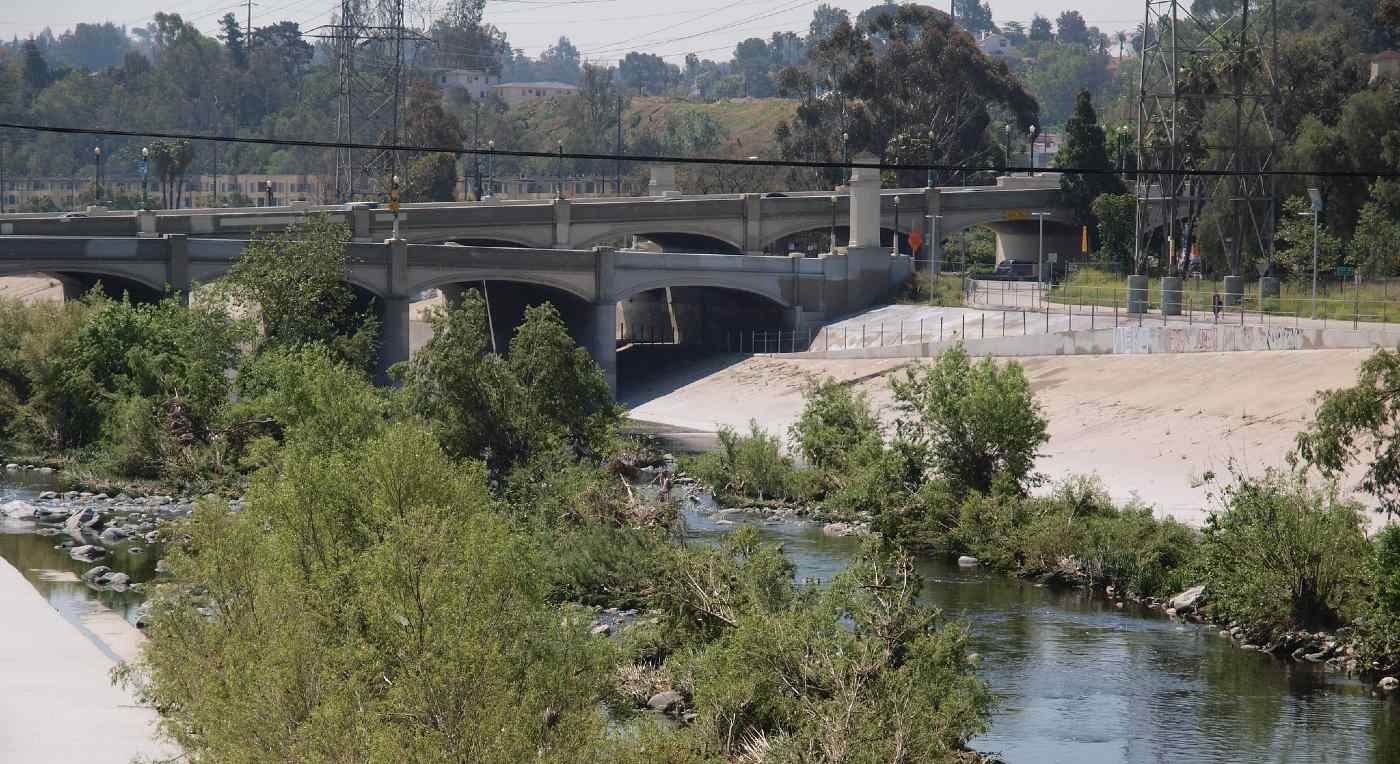 An ambitious restoration of the concrete drag strip that is the Los Angeles River could welcome back endangered southern California steelhead trout to one of the country’s biggest cities.

After dramatic flooding in the 1930s saw flood control measures turn a once-major migration route for the fish into a 49-mile paved waterway hemmed in with concrete walls, there was an immediate exodus of the entire riparian ecosystem, and the last trout to be caught in the river was back in 1948.

Decades of criticism over the condition of the river has brought several state and federal agencies together to come up with a way to make the habitat wild once more.

These efforts have seen the creation of the LA River Fish Passage & Habitat Structures Program, which is focusing on improving the waterflow and quality of the Arroyo Seco, a tributary of the LA River that has a strong influence on the water current downstream where the concrete banks and bed of the river make the water speed too quickly for steelhead.

MORE: Pollution in the Mississippi River Has Plummeted Since The 1980s, New Study Says

The trout, like salmon, leave the sea and swim upstream to spawn in the small tributaries of the river, and the goal is for them to be able to return—bizarrely if one imagines the famous car chase sequences of Hollywood that have taken place there—up the concrete river.

The idea is to create a comprehensive passageway that would allow the trout to swim to their spawning grounds by removing obstacles, creating still side pools and other habitats, and deepening the central channel before lining it with natural materials like pebbles, sand, and riverine plants.

RELATED: Nothing Restores a River or Local Economy Like Removing a Dam

Ideally, as new controls over the tributaries of the river are established that would allow control over the velocity of the water, trout that have become isolated in the mountains would return downstream to the sea, and those in the sea would return back up the river.

It feels wild to think of trout runs happening in a concrete river running through a concrete jungle, but that’s what the planners are gunning for.

SWIM This Hopeful LA Story Over to Friends on Social Media…