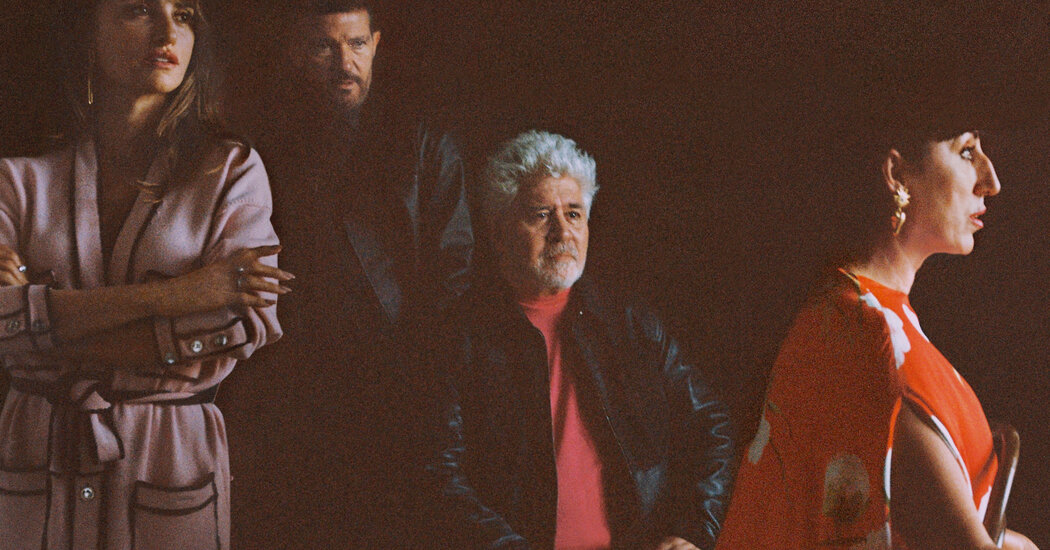 For this issue, T photographed 27 groups of friends, celebrating the bonds of creative people at a time when the meaning of friendship, and the terms by which we’ve been able to experience it, has been changed by a global pandemic. Documenting these relationships “was not without its challenges,” says T’s creative director, Patrick Li. “To shoot groups around the world during this time requires tremendous coordination.” It was a logistical feat accomplished by T’s photo department, which spent much of the past year vigilantly tracking shutdowns worldwide, following both government and C.D.C. guidelines and organizing shoots as states and countries reopened. Arranging these shoots — which took place over the course of six-and-a-half months (from August 2020 to early March of this year) in Portugal, Spain, Sicily, London, Berlin, São Paulo, New York, Los Angeles, Seoul, and Paris and on Grand Cayman — required hours of planning, and a checklist of previously unheard-of safety measures. The portraits in these pages, then, are proof not only of the endurance and sanctity of friendship but of the stringent precautions required to capture those relationships on camera.

“Basically, you listen to NPR every day,” says T’s photography and video director, Nadia Vellam, of the process, “and you talk to your producers and agencies in different countries. You know that, for example, Emmanuel Macron is making an announcement in two days that could make [a scheduled] shoot not happen.” For most of the shoots, once a date was secured, polymerase chain reaction (P.C.R.) tests were arranged for the subjects and the crew two or three days prior — a negative result was required for entry to set. Masks were also mandatory, to be worn by the crew at all times and by subjects whenever the camera wasn’t clicking. For many of the larger group shots, especially those with working actors and professionals, as with “Friends Who Came Up Together,” featuring the actor Daniel Kaluuya, the stylist Shiona Turini and others, rapid tests were administered on-site by medics in addition to the P.C.R.s — a protocol familiar to casts and crews who spent last year shooting movies or TV shows, and one T followed diligently — providing another level of assurance.

Further minimizing exposure, many of the friend groups documented in this issue either live together or in proximity — that is, they are a part of the same pod: The photographer Nan Goldin and the writer Thora Siemsen, for one, decided at the onset of the pandemic to shelter in place together (“Friends Who Teach Each Other”); the artists Julie Mehretu and Jessica Rankin (“Partners, Now Friends”) did the same. The filmmaker Luca Guadagnino and four of his close friends had just concluded a two-week-long stay in a country house on the Alcamo coast in Italy, where they communed with no one but each other, when they were photographed (“Friends Who Summer Together”), while the artist Hank Willis Thomas was pictured with his wife, daughter and parents (“Friends Who Are Family”). Then there’s the chef Gerardo Gonzalez’s group (“Friends Who Cook Together”), many of whom quarantined together last March on Grand Cayman, where Gonzalez is based. By photographing pods, the issue is again evidence of the unique and unforeseeable ways in which friends have been brought together this year: as a method of survival, a signal of care, a vow of hope.

In addition, most of the photographs were taken outdoors — on a street corner, in a friend’s yard, amid the greenery of London’s Barbican Centre — as another precautionary measure. The photographers deployed other strategies, as well, like the clever positioning of subjects, allowing for distance to be observed between them. Take, for instance, “Weekend Friends”: Perched among the gnarled tree branches of New York’s Fire Island Pines, the group, which includes the artists T.M. Davy and Nicole Eisenman, was arranged in such a way that space itself became a subject: a marker of the time we’re living in. It’s in this photo that human touch also becomes symbolic, with couples posed together in the middle of the frame, intertwining arms or holding hands to denote the closeness of their particular relationship.

And yet, in other images, touch is indicative not of romantic partnership but simply of personal comfort — another force that governed every shoot in this issue — and the unwavering tenderness felt among friends: a hand delicately placed on a shoulder, say, or the resting of one’s head in the lap of another, as the actor Antonio Banderas does, on one of our eight covers, with the actress Rossy de Palma (“Old Friends”), the latter of whom would soon begin filming “Parallel Mothers” with the other friends in this portrait, the actress Penélope Cruz and the director Pedro Almodóvar, who wrote the script during quarantine. “These aren’t strangers,” notes Li. “There’s trust, clearly.” And it’s that sense of trust, combined with a strict observation of Covid-19 rules, that so many of us have lived by for the past year, seeing friends only when it’s safe (and declining to when it isn’t). It’s a testament to the lengths many of us will go for the friendships we treasure most — and, in that, a promise that we are not bound to be forever on our own.

How the Pandemic Stalled Peak TV