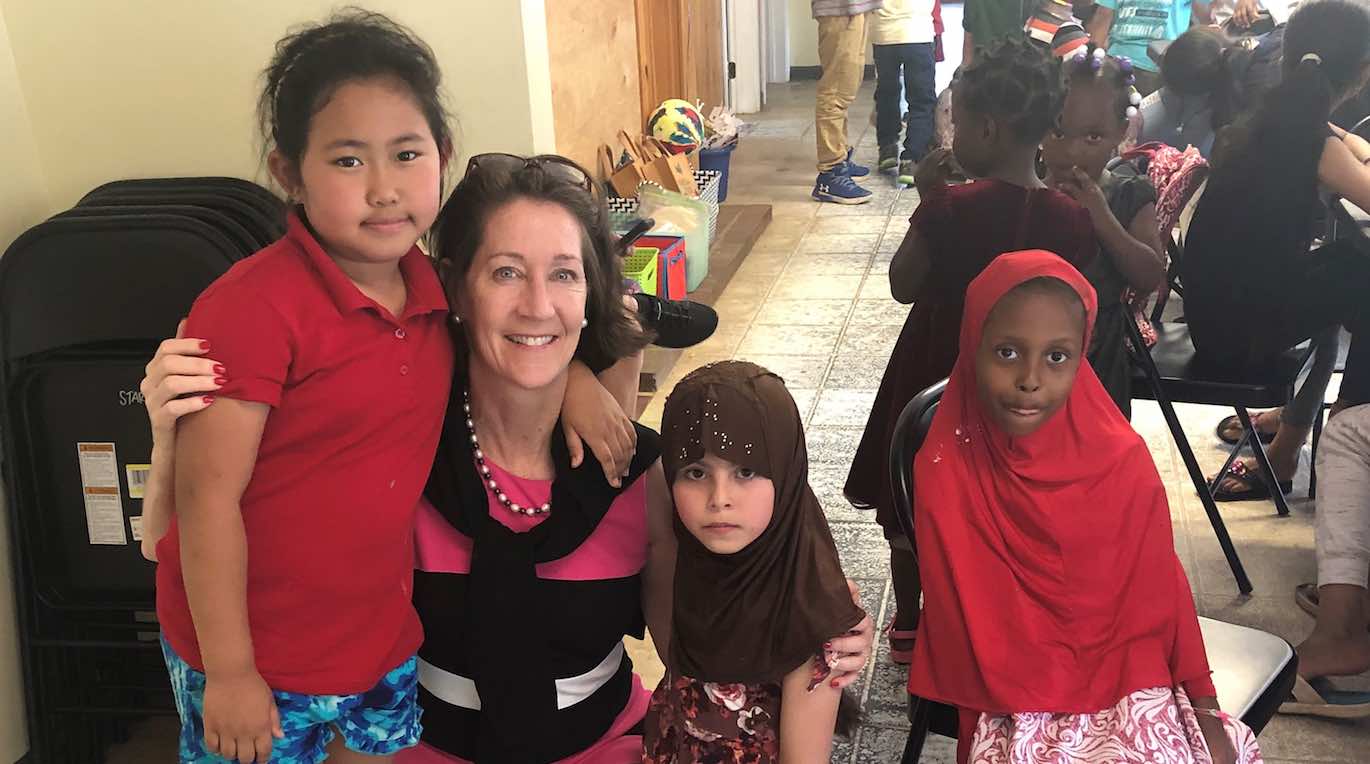 When Marjy Stagmeier was 11 years old, she was the Monopoly champion of her 6th grade class in Atlanta Georgia—and she knew right then that she wanted to be landlord when she grew up—and what a compassionate landlord she became.

After graduating from Georgia State University, she started investing in old affordable apartment communities and quickly realized that many of her renter families were low-income single parents who needed services like after-school programs and playgrounds for their communities.

In response to the demand for social services, Marjy launched her own 501c3 nonprofit that provides free on-site services to families living in affordable apartments communities—and Star-C has since become a Godsend for families.

“Many children have come through the Star-C after-school program, who are now doctors, plumbers, and school-teachers, earning good wages that moved them out of poverty,” she told GNN. “Almost 100 families have elevated from renting to home ownership because we kept rents low so families can save their money.”

A chance meeting in 2017 with Bill and Melinda Gates—and Mathew Desmond, author of the Pulitzer Prize winning book Evicted—opened her eyes: Even with her rents below market, some of the tenants struggled to pay rent, so she began to build an informal resource network for families to get rental assistance.

After COVID-19 struck in March 2020, many of Marjy’s tenants were laid off from their jobs or had to manage multiple children that were suddenly at home during the day, which made the need even greater.

So, in April, Star-C launched an ambitious $50,000 GoFundMe campaign for eviction relief—and the response completely shocked Marjy—when they raised nearly $50,000.

Adding icing to the cake, the local municipal government of Cobb County found out about the Star-C Eviction Relief Fund and quickly voted to donate $1.5 million of their federal stimulus funding. Other municipalities, like Fulton County, followed, and Star-C has now raised over $9 million from governments and foundations, giving the ability to help over 3,000 families avoid eviction.

Marjy’s staff has spoken personally with thousands of Atlanta families through their hotline, and has, so far, partnered with over 330 landlords representing 65,000 apartment units.

“The eviction relief fund works with landlords who offer affordable rents for low-income families,” says Marjy. “Our landlords know their neediest tenants and assists them with their applications.”

The Star-C program has been a game-changer not only for tenants but landlords who have struggled as well.

“So many of our tenants and landlords are simply grateful. Our Star-C staff often receives thank you notes and calls from families who have now found work and can pay their rent.”

CHECK OUT: Gorgeous 3D-Printed Home Just Popped Up on Zillow for Half the Price of Comparable Houses

And more good news came with the 2021 federal relief package, which has provided another $4.1 million so they can give even more assistance.

“If tenants and their children are stable in their community, it is a win-win for everyone, including the tenant, child, landlord, and local school.”

You can help by donating to Marjy’s nonprofit here or volunteer at their website.

SHOUT This News From the Rooftops – SHARE on Social Media…

Elena Malagodi Dies at 84; Dedicated Her Last Years to Senegal

For the First Time in 170 Years, Asia’s Longest-Missing Bird is Seen in Indonesia