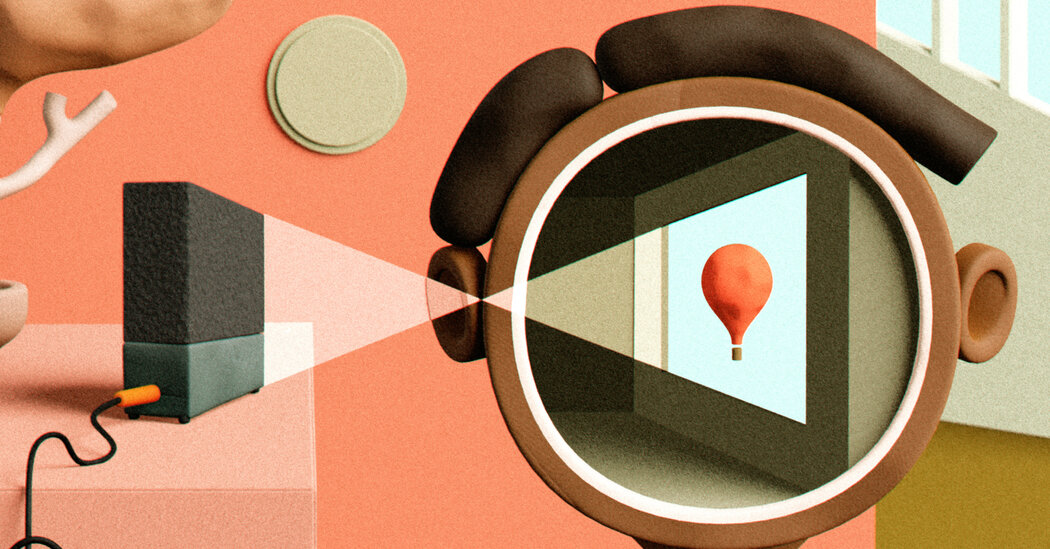 TV meant to be responsive to the moment seemed distant. But podcasts, with the intimate production values, felt more immediate and relevant than ever before.

In a year otherwise defined by loss, one area of our lives has remained untouched; abundant, even. Movie theaters closed and blockbusters were delayed. Music and theater venues shuttered. But TV marched on. The number of original scripted shows dipped slightly, but international series and older shows arriving on the streaming platforms more than filled the void of shows canceled or delayed.

And yet, as the pandemic months piled up, TV’s seeming imperviousness to the halt of all other cultural activities started seeming less like a virtue and more like a vice, like denial, like a dispatch from a faker world. Much in the way I grew to prefer an old-fashioned phone call to a video chat, podcasts, not television, became my go-to medium in quarantine. With their shorter lead times and intimate production values, they felt more immediate and more relevant than ever before.

As a TV critic, I had a policy to stay on top of it all, which was, “if I’m home, I’m watching something.” Then I was home for a year, and that policy, like everything else, changed.

Also, I was alone. Alone as I have ever been. I went weeks without making eye contact with anyone. Zero hugs between March 11 and July 4. And all my shows just kept making it worse — everyone was always touching, those lucky bastards. A crowd scene would make my heart race, a character’s cough made me feel as if my skin was shrinking.

Even TV meant to be responsive to the moment felt distant and curdled. Late-night hosts did their monologues from home, but the format and rhythms of the material stayed the same, and their jokes hung in empty air, sentences with no punctuation. Scripted shows about the pandemic, like “Love In the Time of Corona,” were brittle at best, and even when dramas like “Grey’s Anatomy” addressed the disease directly, mass death was less dramatic than a surprise cameo. Goofy shows, like “Floor Is Lava,” designed to be an escape, instead felt degrading. People are dying! Society has collapsed! I don’t want to watch dumdums fall down.

I’ve spent years happily watching 70 hours of television a week, even listening to shows in the shower. But suddenly TV was no longer cutting it. I could no longer focus, and now I’m not even sure I remember what focusing is.

At least with podcasts, you’re supposed to half-do something else, even if that something else had previously been “ride the subway,” and now it is “do the dishes for the 9,000th time.”

You’re also supposed to listen to podcasts alone, but maybe I wasn’t quite all by myself, because I was listening to other people commiserate about kitchen woes on the podcast “Home Cooking.” This pandemic-oriented food and cooking advice show from Hrishikesh Hirway and Samin Nosrat was easily the podcast highlight of the year, bright but not phony, filled with suggestions and compassion and jokes.

There were plenty of good TV shows that came out this past year, and even a few great ones, beautiful and surprising and fascinating — “I May Destroy You,” “Ted Lasso,” “Teenage Bounty Hunters,” “How To With John Wilson.” But oftentimes I wanted more direct reflections of the world around me, the kind of contact that was, that is, impossible when you’re effectively housebound. I wanted something more like validation, where everyone was miserable too.

I listened to Esther Perel counsel couples in various lockdowns on “Where Should We Begin.” When self-recrimination spirals took over for generalized malaise, I listened to “Dead Eyes,” a podcast where the actor and comedian Connor Ratliff investigates in tremendous detail the time he was fired from “Band of Brothers” — a real making-lemonade-from-deep-emotional-wound lemons.

I never miss an episode of “Stop Podcasting Yourself,” a genial Canadian comedy chitchat podcast hosted by Dave Shumka and Graham Clark whose overheard (and “overseen”) segment is now even more of a treasure to me, given how little in-person overhearing we do these days. This is the longest I’ve gone in my life without singing in a group, and an entire wing of my spirit has atrophied, so I listen to the pop music theory show “Strong Songs.”

Turns out the prudes are right, and too much screen time will fry you from the inside. Characters appeared in my dreams, or I’d catch myself thinking, “who was I just talking to about this?” when the answer was “that conversation happened on a TV show.” But then quarantine hardened me I guess, and now it feels as if everything is behind glass, and TV shows barely register unless I’m concentrating extra hard on them for work. To keep it together this year, though, required a state of emotional hibernation alongside the physical one, and podcasts are just small enough to get into my small little loser bear cave. There’s less emotional buy-in than with a scripted drama, but they possess a legitimacy and honesty largely absent in reality and unscripted television.

In the coming months, when, please, oh please, aspects of our old lives re-emerge, and we all slither out of the anti-chrysalis that turned us back into caterpillars, maybe I will go to a ballgame, or the theater, or to the movies, or, oh God, even a party. And on my way there, I will be listening to a podcast.

Children urged to strike against lack of action on climate emergency