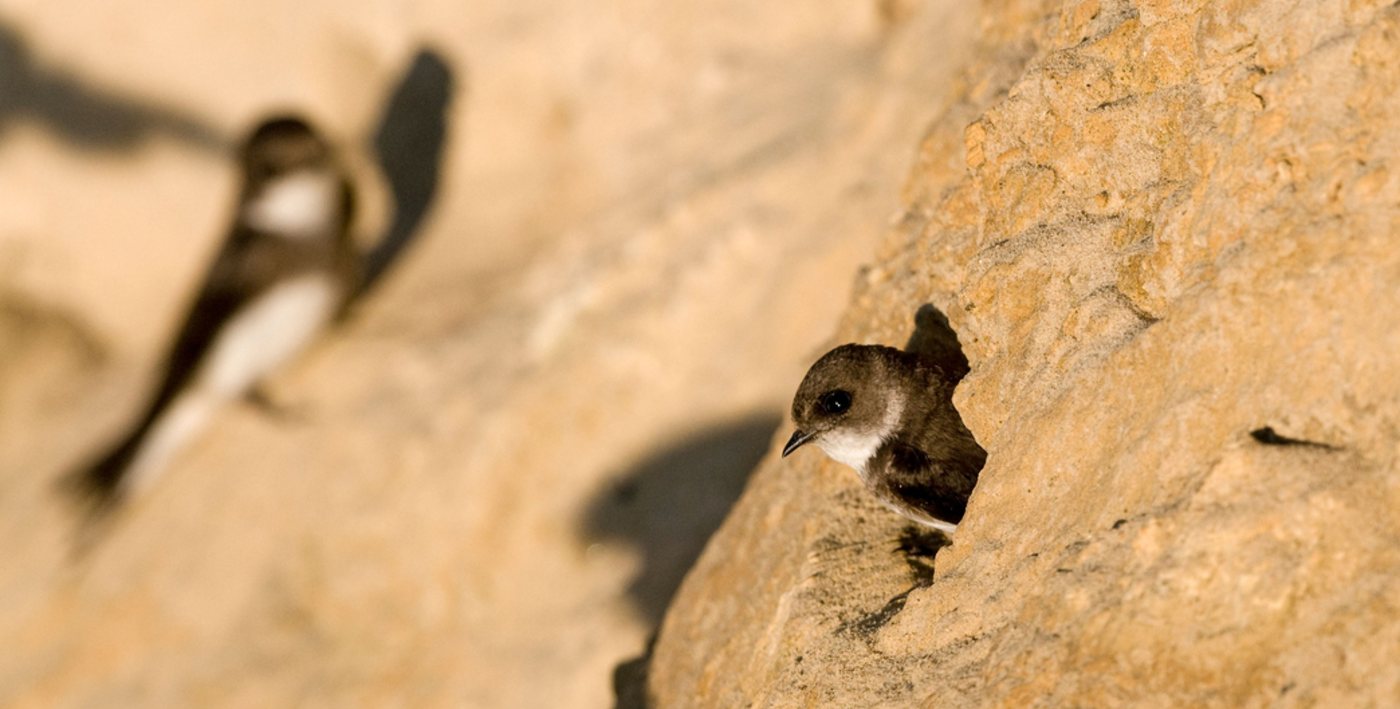 Conservationists realized they needed more than a bucket and shovel to build a 400-ton sand castle large enough to be an attractive home for sand martins to roost in England.

To help the tiny birds they needed big machines—and building a sandbank large enough for them to build their nests in required the help of a sand-sculpting firm.

The sand martin The smallest English members of both the martin and the swallow family—the birds were finding fewer and fewer places perfect for boring their nests, as so much development had replaced their previous nesting habitats with infrastructure.

The martins return annually from wintering grounds in sub-Saharan Africa. Burrowing into the side of high riverbanks means that sand martins are choosy homemakers—but the Surrey Wildlife Trust, acting as real estate developer, is building an enormous artificial sandbank for them in the Spynes Mere Nature Reserve.

Enlisting the help of a specialist construction and landscaping firm named ‘Sand in Your Eye’, it took weeks of filling in a mold, getting the water content right, and packing down the sand before they were able to remove the wooden supports.

James Herd, project manager at Surrey Wildlife Trust, said in a video about the project: “Sand martin numbers have plummeted twice in the last 50 years as a result of droughts in their wintering grounds in Africa. In the bank here we’re giving them a long-term sustainable home to nest in for the future.”

“The design is similar to building a sandcastle on the beach, but rather than buckets and spades we were using nine-ton excavators and dumper trucks,” he added.

MORE: ‘Like a Beautifully-tuned Instrument’: 2000 Microphones Unlock the Mystery of Why Hummingbirds Hum

The petite passerines, which arrive in England around mid-March and depart in September, use their claws to dig nesting holes up to a meter deep into the bank. At the end of the tunnel a small chamber is created where between four and eight eggs get laid in a nest of feathers and vegetation.

RELATED: Being Around Birds Makes Us Much Happier Says New Science

Over time, layers of sand on the face of the bank will be scraped away by the Trust to remove nest parasites.

The returning martins will dig new nests—and every six years or so the bank will be restored to its original size, ensuring their home remains intact for years to come.

(WATCH the Surrey Wildlife Trust video about this initiative below.)

Fly the Good Conservation News Over to Pals on Social Media…

How do Americans view the virus? Anthropology professor examines attitudes, perceptions of COVID-19