Town Surprises UPS Driver With $1,000 to Thank Him For Being Essential During Pandemic 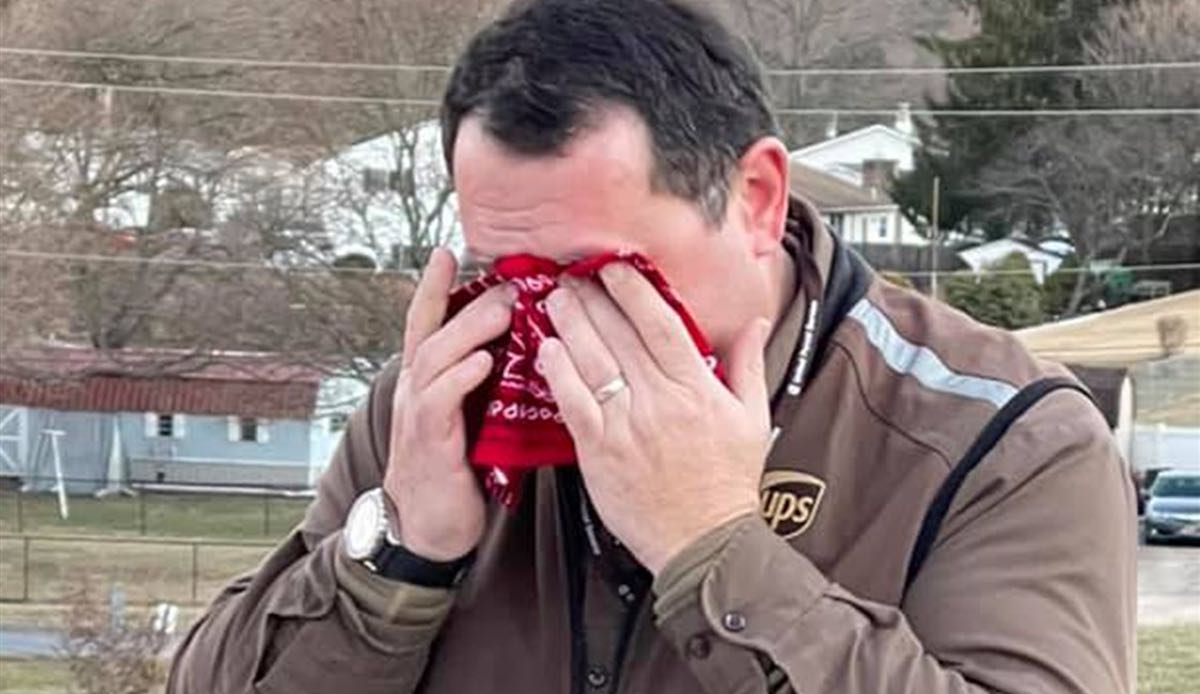 Every Christmas season, delivery drivers can count on being slammed, but with the pandemic causing huge spikes in online ordering, it seems the holiday season never ends.

A brown-uniformed UPS driver in Dauphin, Pennsylvania, has been meeting this challenge every day with good cheer and a sense of determination, often going out of his way to make sure the packages in his care arrived on time.

To reward Chad Turns for his extraordinary work ethic, citizens all along his route in the tight-knit community pitched-in to produce a special delivery of their own.

“The whole town has had personal experience with Chad,” Dauphin resident Adam Shickley told CNN. “He once thought a package was a gift and there was a picture on the front. My kids were playing outside so he waited until his shift was done and came back to make sure they didn’t see it.”

Shickley’s wife, Jenny, echoed her husband’s sentiments. “On Facebook, another friend mentioned there was a package that needed signing and they weren’t home,” she told TODAY. “Chad was nervous that it was important, so he went to their parents’ house to get it signed for them.”

To honor his unflagging dedication, Jenny, organized a ‘Thank you, Chad’ fundraiser. Her original goal of $500 quickly required a bigger package when more than $1,000 flowed in.

She also drafted one of his UPS coworkers in a secret plan involving a fictional end-of-day pickup at a municipal building. When Chad arrived, instead of a package, he found a group of people waving thank-you signs, a big handmade autographed card, and probably a lot of smiles beneath the face masks. Together, they presented him with $1,000.

Chad was tear-struck by the outpouring of support, saying, “It was very overwhelming. The idea that they even thought of me to do anything… To go above and beyond and do what they did was truly amazing to me.”

POPULAR: Trucker Hero Pulls Over When He Sees ‘Frantic’ Man Running Up Highway After Wreck Flings His Toddler into the Dark

“Celebrations like this really highlight the bond our drivers have with their customer base,” UPS spokesperson Jackie Fajt said in a statement. “Chad is a great UPSer and has been delivering to Dauphin residents for more than a decade.”

Putting the “special” in special delivery is all part and parcel of a day’s work for Chad, and many drivers, who will happily continue delivering one package at a time to keep the world running smoothly.

DO YOU Have a Special Driver? Organize a Similar Celebration By Sharing on Social Media…

Mumbai: More beds to be operationalised for COVID-19 patients

Italy Bans Cruise Liners From Venice Lagoon, With a Catch