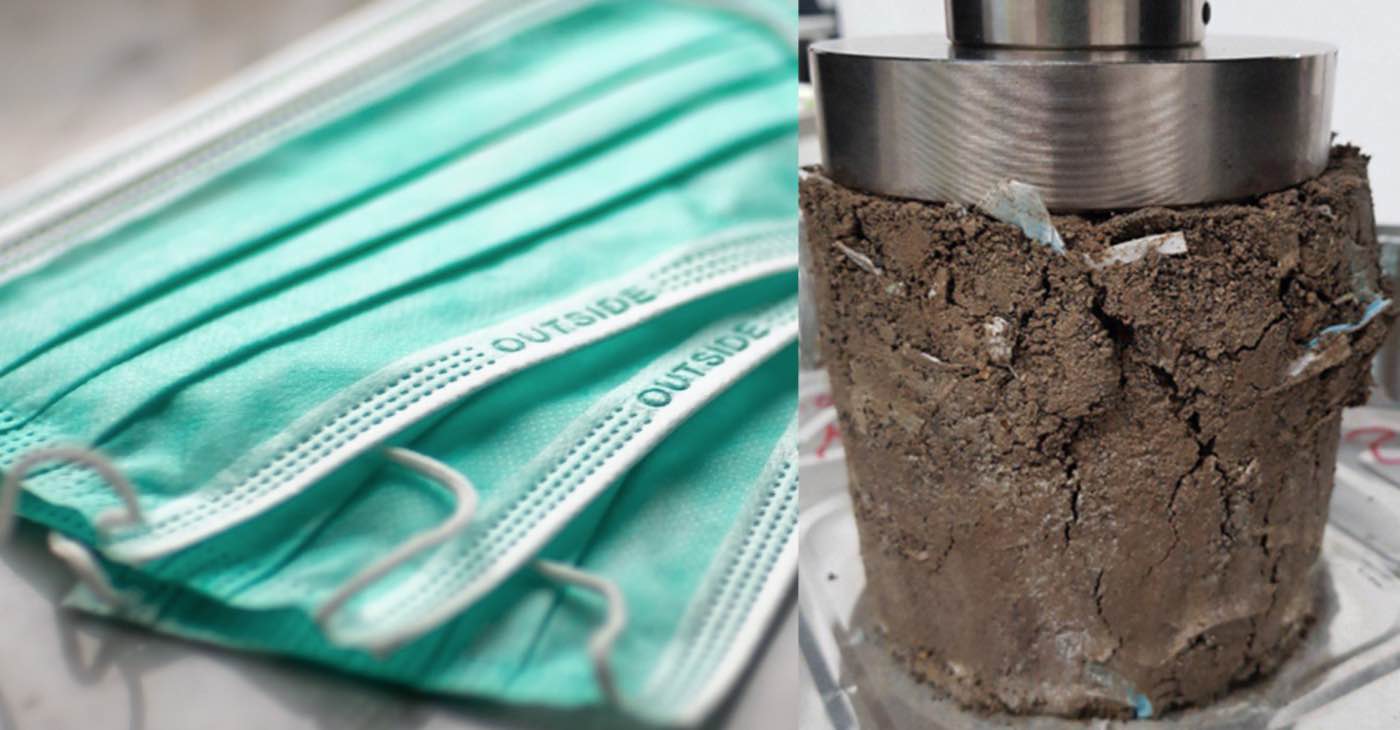 The idea of billions of people going through a few masks a week during this pandemic definitely rings alarm bells, but a team of researchers in Melbourne, Australia, may have the solution.

They’ve discovered that adding millions of discarded face masks to road-paving mixtures would actually lowered the cost of the road, while diverting billions of them from landfills.

Just one kilometer of road would need three million masks, and the polypropylene plastic used to make single-use surgical face masks also increased the flexibility and durability of the road.

Jie Li and other scientists at Royal Melbourne Institute of Technology and Melbourne Technical College published a paper in the journal Science of the Total Environment describing the development.

The new composite material is a mixture of about 2% shredded masks, with recycled concrete aggregate (RCA)—a material derived from waste concrete and other minerals from demolished buildings.

RELATED: This California Highway Has Just Become the First State Road Made From Recycled Plastic in the US

This ultra-recycled material was found in the study to be ideal for two of the four layers generally required to create roadways. Paving a kilometer of two-way road with the RCA and three million face masks would result in a rerouting of 93 tons of waste from landfills.

The roads actually gained greater flexibility as well, since the polypropylene helped reinforce the bindings of rubble particles, as well as giving a bit of stretch to the particle aggregates.

The final product then is more resistant to wear than normal asphalt, as well as being cheaper too, provided there was a method for collecting masks.

Li and his team did a cost-analysis and found that, at $26 per ton, the RCA was about half the cost of mining virgin materials from quarries, and as much as a third of the cost of shipping the used masks to a landfill.

CHECK OUT: New Biodegradable Carbon-Negative Straws and Forks Are Made From Greenhouse Gases–and They Dissolve in the Sea

The scaling up would be ideal for large infrastructure projects. For example Washington, a notably progressive state, has the 11th worst roads in terms of unaddressed repairs in the U.S.

If the percentage of damaged roads in Washington state were repaired with Li’s RCA/mask mixture, it would reuse nearly 10 billion masks, sparing American landfills hundreds of millions of tons of trash.

MORE: Researchers Make Biodegradable Tableware From Sugar and Bamboo So it Will Be As Cheap as Plastic

According to Fast Company, Li and his team are looking for private industry partners or governments willing to give their plastic mask road an opportunity for a large-scale test.