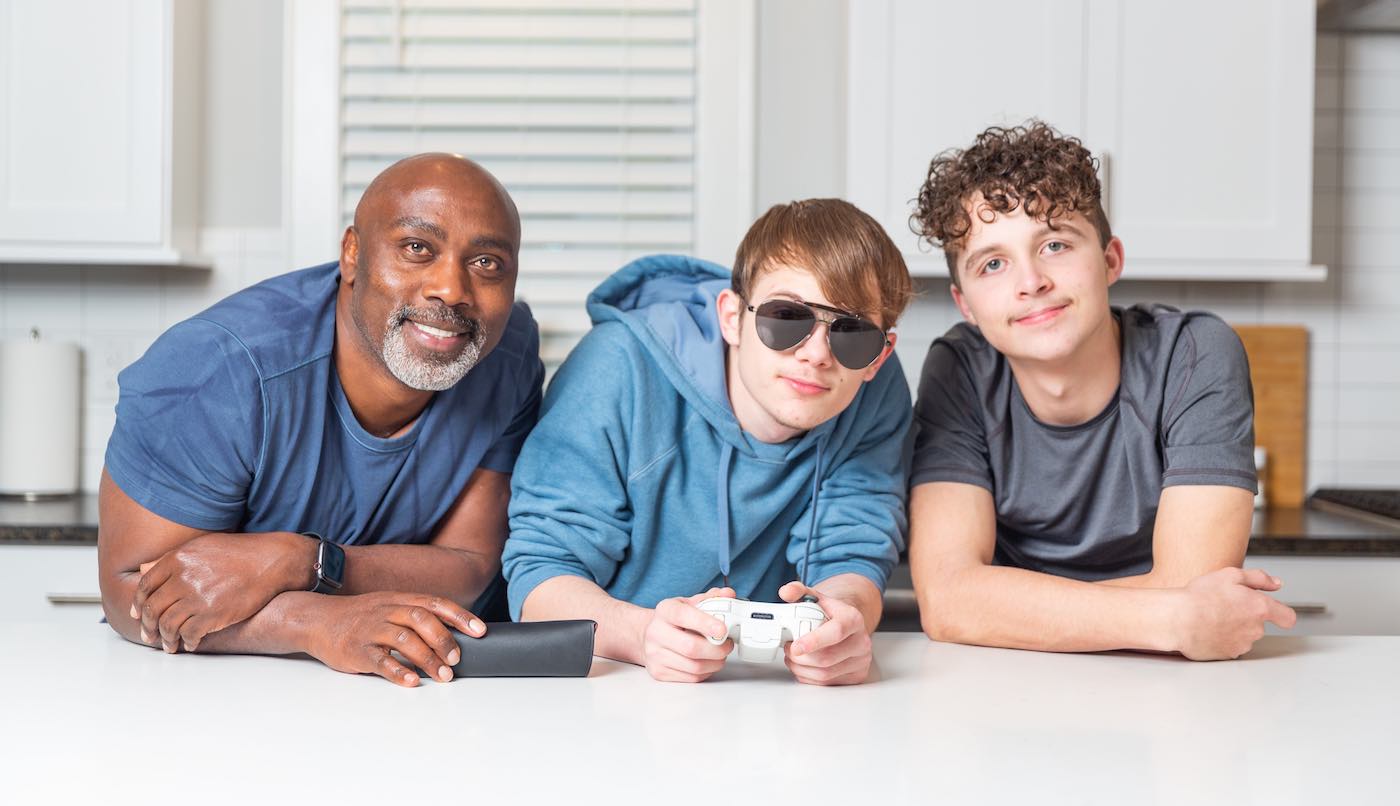 One loving father is a stellar example of what it’s like to be happily blind to skin color—and he hopes his story can inspire everyone to understand that transracial adoption is just as natural when the parent is black and child is white. (A combination that has produced too many negative inferences for this dad to count.)

A 2017 study found the number of white children in U.S. foster care is increasing, but many black parents are still hesitant to adopt them. That’s not the case for Peter Mutabazi, whom GNN readers met back in July after he became a “forever dad” to Anthony, a white teen abandoned in a North Carolina hospital a few years earlier.

Peter says “The differences in my family’s skin may be the first thing people notice today, but I hope that over time what will be most noteworthy about us, and about all transracial families, is the love, joy and connection we share.”

He knows how it feels to be a child who is facing abandonment and fear. He fled an abusive home at age 11 in Africa, and became a street kid in Uganda’s capital city. But later he was taken in as a teen by a complete stranger who became a mentor and changed his life.

“I couldn’t ignore my history—the opportunities that had been given to me by strangers…and I know just how many kids out there have no one. I know what it feels like to have no dreams, no hope.”

Peter knew that teens had lower adoption rates than younger children, and they often wait longer to be adopted (if ever), putting them at much greater risk for a troubled future—so he became a licensed foster dad and hosted 12 different placements over the years. Then he met Anthony.

Immediately the boy announced: “I was told that when I was eleven I would get to choose who my dad was, and I choose you.” That gave Peter the confidence to believe he could be a great dad, even though he had never had one of his own.

LOOK: ‘Mom, It’s Me!’ Woman Meets Son She Placed For Adoption 45 Years Ago And Confirms She Made Right Decision

As Peter and his son were enjoying some relaxation over the holiday, Tony brought up a challenging idea.

“I think that maybe we should reach out to a teenager and give him a home.”

“I already have a teenager,” Peter replied. But, as he reflected back on 2020 he also remembered how he got the opportunity to advocate for teen-fostering and adoption with AdoptUSKids.

After the conversation, serendipity knocked when a social worker called and told Peter there was a young teenager who needed a foster home—and he knew he couldn’t ignore the timing of it all.

RELATED: Single Foster Dad Adopts 5 Siblings So They Won’t Have to Be Apart Like He Was in His Childhood

“He’s almost 17—only one year left in foster care so I can help him with whatever life skills he needs, whether it’s to get a driver’s license, to support him with his schooling, or to help guide him into a career.”

Peter and Anthony recently welcomed Kai into their home.

While many people focus on what can go wrong, Peter focuses on the benefits and rewards of giving a teen a chance, just like the chance he was given.

“Most of all, I can give him the love and attention he deserves. To let him know he belongs.”

The family now makes videos, having founded Now I Am Known to let even more kids and teens feel seen and heard. Follow their hijinks at YouTube—and check out the plushie ‘support dogs’ modeled after the family pup Simba, which comes with a bandana printed with phrases of affirmation for realizing your full potential. For every adorable plushie sold, they donate one to a child who also needs the love—over 500, so far.

MEET Peter and ‘Tony’ in this charming video…