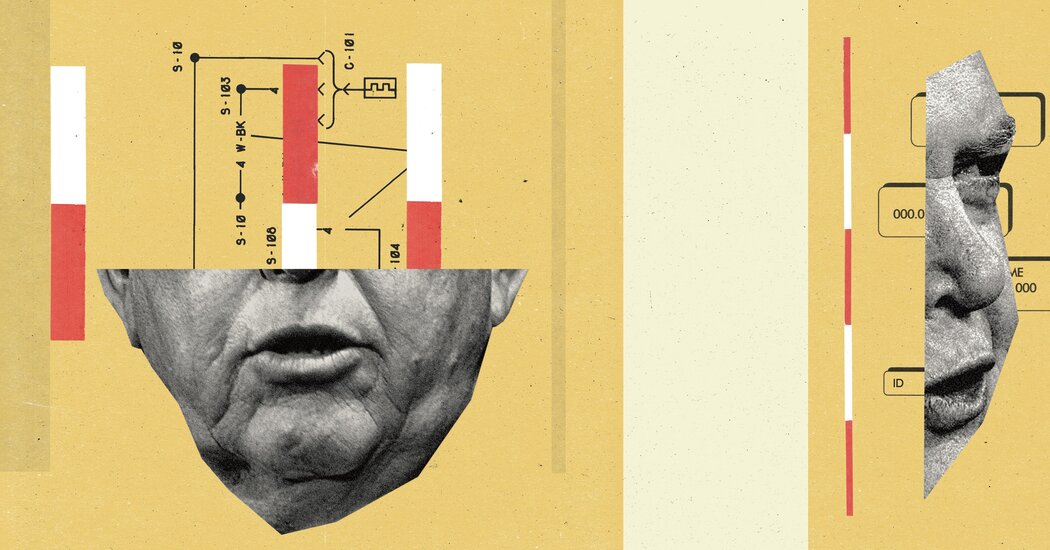 On a Friday in late December, people who tuned in to “Lou Dobbs Tonight” on Fox Business encountered something they had most likely never seen before: a subdued, uncertain Lou Dobbs. “There are a lot of opinions about the integrity of the election, the irregularities of mail-in voting, of election voting machines and voting software,” Dobbs said, his usual bombast strangely absent. “One of the companies,” he continued, “is Smartmatic.” He introduced Eddie Perez, an election-security expert, to assess “recent claims about the company.” Then the show cut to a two-minute, prerecorded interview in which Perez vouched for Smartmatic’s integrity — after which “Lou Dobbs Tonight” went straight to commercial.

This was a major departure from the norm. In the weeks after the November election, Dobbs had spent most of his prime-time hour on a farrago of conspiracy theories about how Donald Trump had actually defeated Joe Biden. Among his favorites was one involving Smartmatic, which — according to Dobbs and various guests — was founded by President Hugo Chavez of Venezuela, who died in 2013, and sat at the center of a plot to rig the election.

The interview with Perez lacked the usual Dobbs fervor. Perez calmly responded to questions from an unidentified interlocutor, all asked in the flat tone of an automatic voice generator. Each answer laid waste to Dobbs’s coverage of Smartmatic, and yet the segment was so grudging that it had the feel of the legal disclaimer at the end of a pharmaceutical commercial.

All this was presumably prompted by the 20-page letter Smartmatic’s lawyer sent to Fox eight days earlier, detailing a “concerted disinformation campaign against Smartmatic” on Fox’s airwaves. Soon two other Fox hosts mentioned in the letter would broadcast the same Perez video. Fox wasn’t the only network involved: The conservative cable channels Newsmax and One America News Network, which have been trying to outflank Fox by voicing even more outlandish conspiracy theories, also received legal threats, and the Newsmax anchor John Tabacco soon announced that the channel “would like to clarify its news coverage” of Smartmatic.

But such clarifications evidently made little impression on the believers who, a few weeks later, stormed the U.S. Capitol in an attempt to prevent the certification of the election results, leaving conservative media with a question even more vexing and consequential than how to respond to the threat of a libel lawsuit: How far could it really follow its audience?

But the even more outlandish Obama-era claims tended to get significantly less airtime on Fox. It was Donald Trump, during his guest appearances on “Fox & Friends” and other Fox shows, who banged the drum of birtherism; the network’s own stars largely steered clear. When conspiracy theorists claimed online that Obama planned to use a military training operation to declare martial law in Texas, Fox covered the kerfuffle mostly to dismiss or even mock it. The network understood that it could spend all day pushing scandals, even tendentious ones, but there were still some things better left to wilder precincts.

Now that Fox is preparing for a Biden administration, the same muscle memory is kicking in. The business dealings of Biden’s son Hunter and his brother James have given rise to myriad Fox reports about a “Biden crime family,” and the network has become preoccupied with Biden’s age, with a “medical contributor” appearing on Tucker Carlson’s show to talk about atrial fibrillation and cognitive decline. What’s impossible to imagine, though, is how small-bore scandals can possibly satisfy an audience that now thinks an entire presidency has been stolen.

For the past four years, Trump has not only met that demand; he has steadily increased it. Now, with his claims of a landslide electoral win, he has crossed a line that conservative media is asked to cross, too, lest it be left behind. It’s one thing for conservatives to believe Biden is corrupt or hopelessly senile, but to believe that his election is patently fraudulent goes far beyond the outer edges of even toxic partisanship: It invites extreme responses, like excusing, if not endorsing, a siege of the Capitol.

And yet that may be where conservative media outlets find themselves. In the hours after the storming of Congress, Sean Spicer, Trump’s former press secretary and now the host of a Newsmax show, baselessly suggested it was a false-flag operation: “We’ve got to make sure that who was responsible, why they were there, if there was mischief, if Antifa was there,” he said, because “it shouldn’t be blamed on groups that weren’t responsible.” Greg Kelly, the channel’s star anchor, echoed that notion: “These people don’t look like Trump supporters,” he said.

After the elections, those on the supply side of the conservative media equation — especially Fox, a huge corporate entity with significantly more to lose than its smaller rivals — believed their greatest challenge was how, exactly, to serve the audience’s demands without running afoul of libel law. After Jan. 6, it should be clear to conservative media organizations that the stakes of this game are much, much higher.

One solution, of course, is not to give voice to unhinged views at all. In late December, Mike Lindell, chief executive of MyPillow and a big pusher of pro-Trump conspiracy theories, appeared on a Newsmax show guest-hosted by Sebastian Gorka, traditionally one of the most boisterous Trump cheerleaders in all of conservative media. Lindell was about to launch into claims about another voting-technology company, Dominion (which had also sent Newsmax a threatening letter and would later file a $1.3 billion libel suit against Sidney Powell, a former Trump campaign lawyer), when Gorka abruptly cut him off. “Mike. Mike. I don’t want to discuss — Mike,” Gorka pleaded. “Mike, we’re not going to get into the minutiae of the details.” Like the handful of Republican senators who quickly dropped their objections to certifying Biden’s election late in the night of Jan. 6, Gorka had, very suddenly, become a model of responsible caution.

Both Sides Now: In Conversation With Lorraine O’Grady