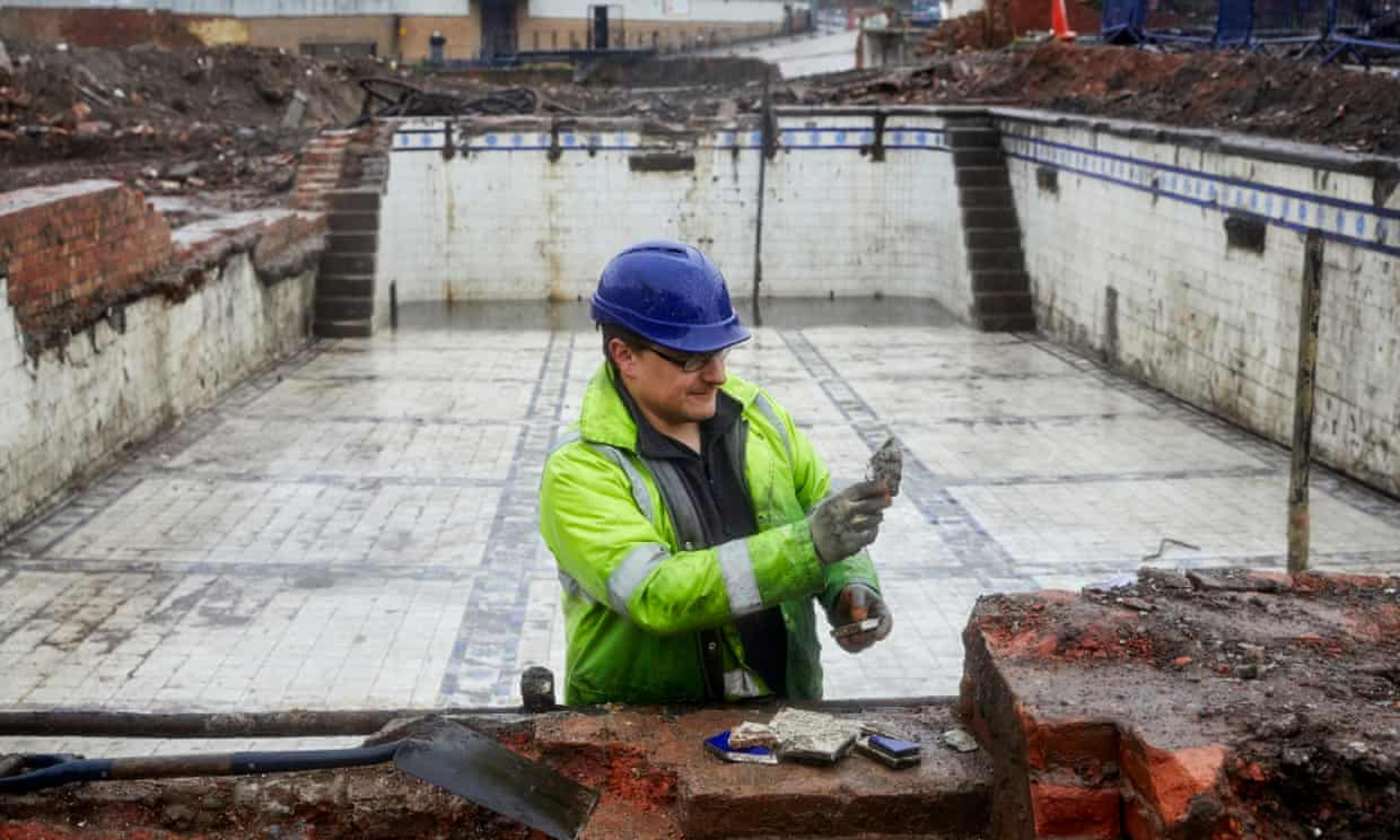 A stunning Victorian-era bathhouse over 150-years old was uncovered when builders upended a Manchester parking lot during the construction of a new public park.

Unlike a Roman-era construct that would only be known as “bathhouse,” city archaeologists identified the find as Mayfield Baths, a place where city textile workers bathed and washed clothes during the 19th century.

“We knew what we would be excavating but we didn’t expect the tiles to be in such good condition,” Graham Mottershead, project manager at Salford Archaeology, told the BBC. “They are stunning.”

So far the excavators have discovered two 62-foot long tiled pools, boiler, flues, and pumps. The apparatus heated the water then sent it circling throughout the pools or to the laundry. They used 3D laser scanning and drone photography to identify the site and make digital drawings.

Trade during the 19th century had converted Manchester into the beating manufacturing heart of England, and was known as the “Cottonopolis.” Sanitary conditions were poor, and the Mayfield Baths were the third such installation in the city to improve the lives of the factory workers.

“Before public baths the textile workers lived in crammed unsanitary conditions and would wash their clothes in the used bathwater,” Ian Miller, another Salford Archaeology expert, told the BBC.

MORE: The World’s Oldest Known Cave Painting Has Been Discovered in Indonesia

“Public baths were a game-changer for the health of the working classes, keeping clean, and having clean clothes were essential for public health.”

The tiles will be used as part of the £1.4 billion Mayfield Partnership plan to redevelop that part of the city, including a 6.5-acre park, the first new one built in the city for over 100 years.

According to the Smithsonian, one of the new commercial buildings will be named after a 19th-century swimming instructor and public health advocate, George Poulton, who actually gave lessons at the Mayfield Baths.

Tiny Spacecraft is ‘Solar Sailing’ in Orbit Using Only Sunlight, a Revolution in Space Exploration