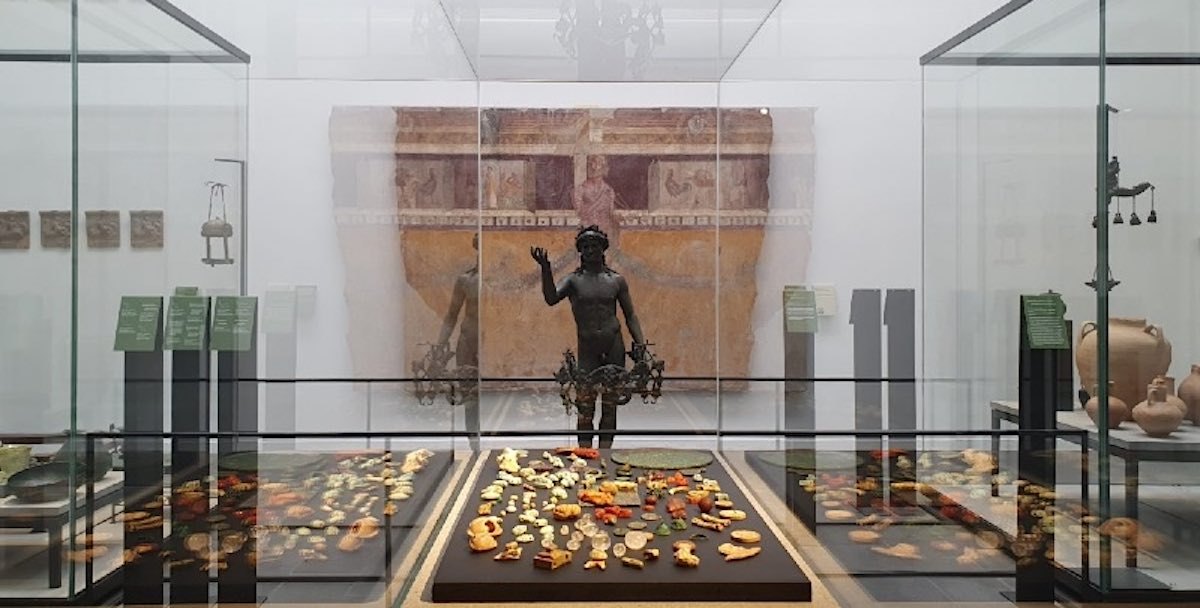 The museum of Pompeii, called the Antiquarium—home to artifacts from the most famous casualty of a volcanic eruption in history—is now open again to the public for the first time in 40 years.

Closed since 1980, it reopens now as a symbol of resilience of the city itself, having survived not only Mount Vesuvius, but a World War II bombing campaign, an earthquake, and now, the economic hardships of the coronavirus pandemic.

Located in the center of the ruins, which is the most visited archaeological site in the world, the Antiquarium houses the relics of the Samnite/Roman city that perished under ash and fire in 79 AD.

First opened in 1873, it contains casts made of the bodies of animals and humans that died, allowing the visitor an incredibly intimate connection to a period 2000 years ago.

Alongside the casts of their owners there are everyday items like cookware, glazed earthenware, bronze statues, and the walls of villas—frescoed and graffitied alike.

In a land of tourism, Pompeii is one of Italy’s top tourist attractions and a UNESCO World Heritage Site, but as it’s remained closed during the pandemic, archaeologists have still been working there, which even after all these decades is still not completely excavated.

Recently, according to AP, the structure of a kind of fast-food eatery has been fully excavated, and is helping archaeologists learn of the eating habits of ancient people in a zone which still today is famous for its food, right up to the day of Pompeii’s destruction.

The reopening of the museum is “a sign of great hope during a very difficult moment,” Pompeii’s long time director, Massimo Osanna, told AP.

Jim Fulcher, writing for Travel Awaits, adds that not only will visitors be able to see the museum, but on display will be many of the most valuable artifacts in the collection, which often circulate abroad for special exhibitions, or remain locked away in storage.

Due to COVID-19 restrictions in the country, only residents of Pompeii’s region of Campagna will be able to visit for now, since travel between regions is prohibited.

SHARE the News With Fellow Culture Vultures on Social Media…

When Parents Tried to Fix Her Visual Impairment, She Was Inspired By a Poster and a Handyman (MOTH Monday)

Huge Indigenous Solar Farm Opens in Remote Northern Community: ‘We work with the sun for the children of the future’