Pakistan Sees Record Drop in Terrorism Last Year, With Attacks Down 45% Compared to 2019. 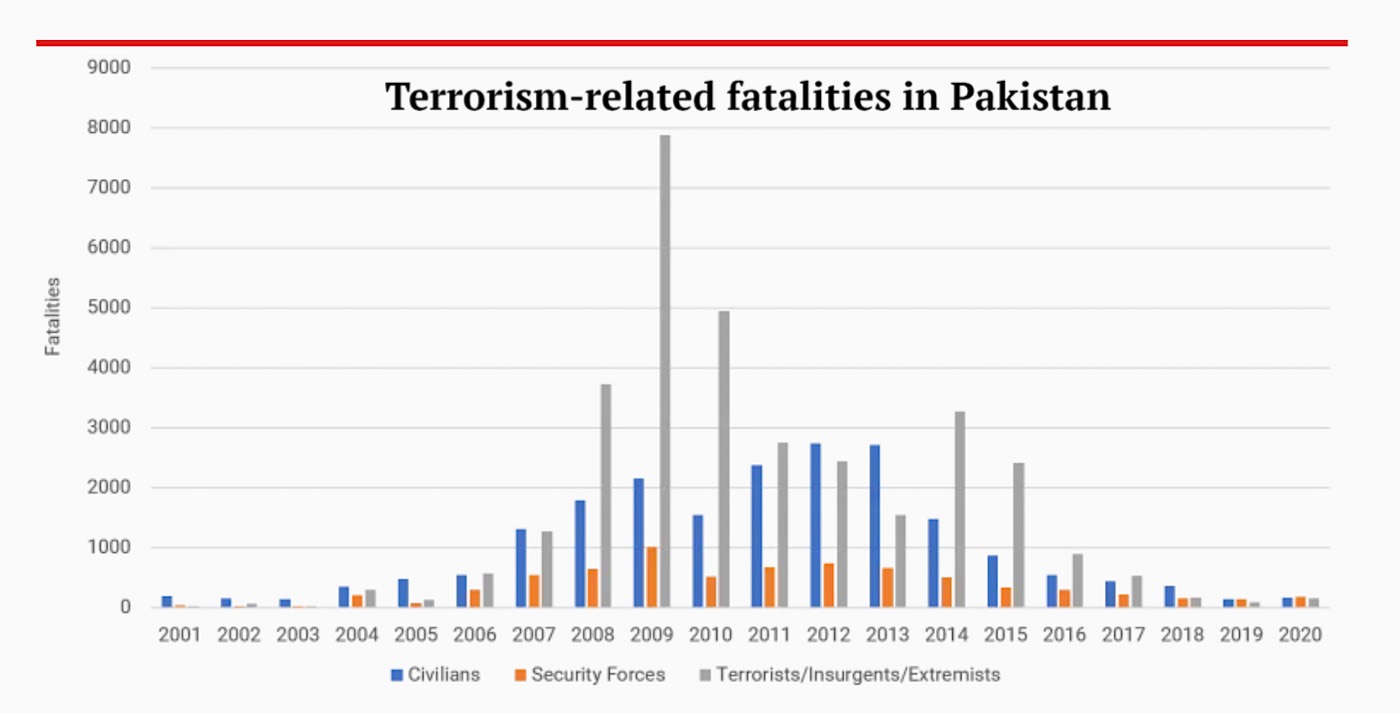 Once routinely in the news for all the wrong reasons, Pakistan is now a much safer place than it used to be.

The promising stats continue for one of the few countries to have met the UN Sustainable Development Goal for protected marine and terrestrial ecosystems, as law enforcement averted more than 50% of all terror threats last year, and suicide bombings have become practically non-existent since 2009—falling 97%.

In fact, terror incidents, including targeted killings and kidnappings in Pakistan’s biggest city of Karachi, had reduced by more than 98%. This has led to a staggering improvement of the city’s ranking on the World Crime Index: from sixth highest back in 2014, to now being 108th, just next to Spokane, Washington.

The crime index is a highly curated scoring system based on resident or visitor submissions, which has benefits over government data in some ways.

Good news on the Afghan border

Bordering two frequently dangerous Afghan provinces, Helmand and Kandahar, the province of Balochistan was a frequent haunt of militants before the Pakistan military took steps to clear terrorist infrastructure and organizations in the southwest.

MORE: For First Time in 72 Years, Sikhs Can Visit One of Their Holiest Sites Thanks to New Peace Corridor

“The challenges that we overcame have now paved the way for great opportunities,” Maj. General Iftikhar said, according to Gulf News. “At least 199 development projects worth [$3.75 billion] have been launched in Balochistan covering health, education, agriculture, and infrastructure sectors.”

SHARE the Hope—Send This Story From Pakistan to Friends…

Hear How Man Gave Up High-Paying Job, His Car and House, to Work With Homeless Teens–And He Couldn’t Be Happier

When will scientists learn to use fewer acronyms?