Clown Egg Fly: Why You Should Tie This Pattern 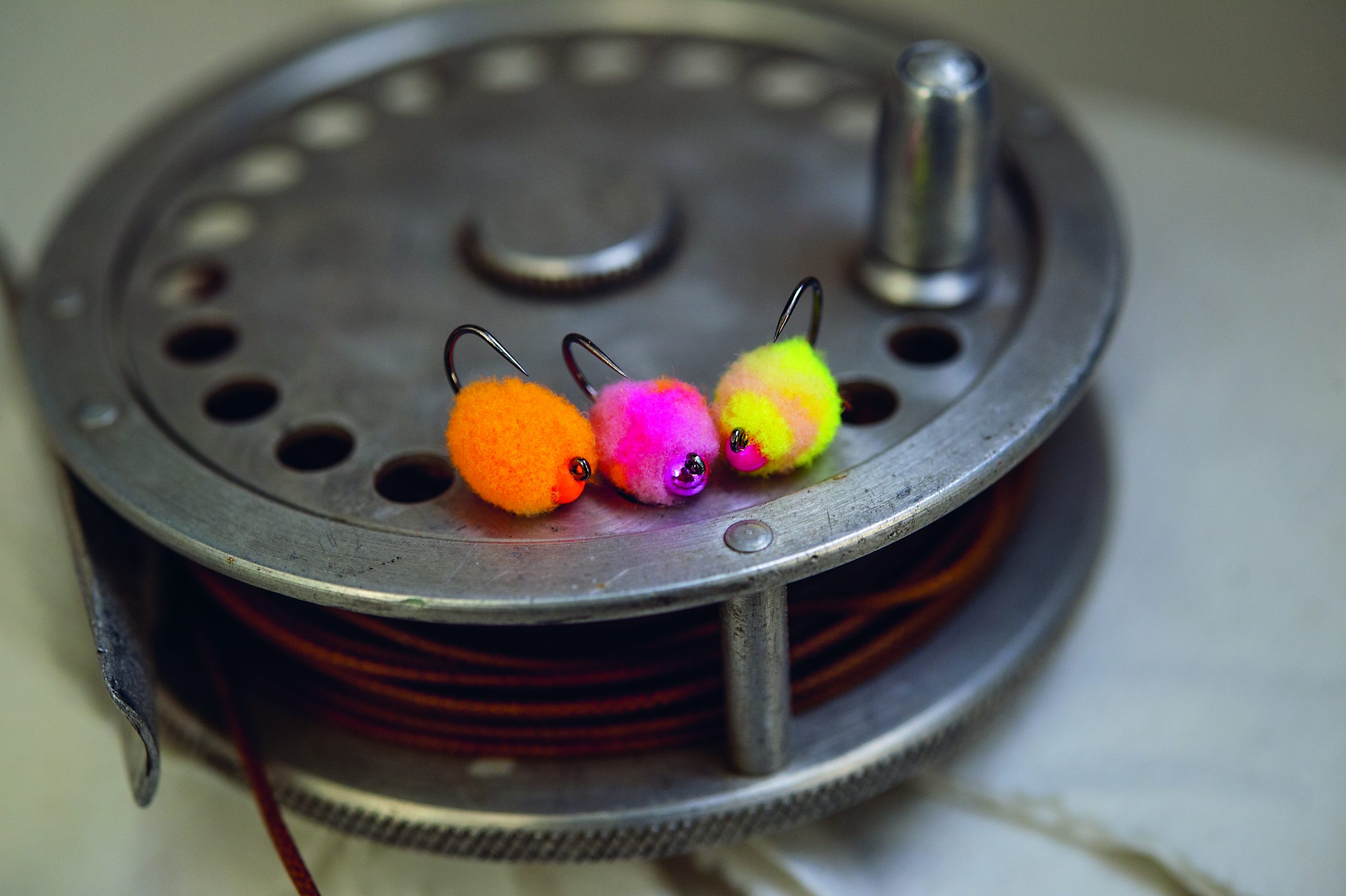 Learn why Chris Jackson’s version of the Clown Egg Fly is a better pattern for trout and salmon.

Chris Jackson, from Shelburne Falls, Massachusetts, runs Chris Jackson Fly Fishing. He started fishing this fly on the Deerfield River in Massachusetts, which is one of the best tailwaters in New England and the Eastern U.S. The Deerfield is a big river (800 to 1000 cfs) when the dam release occurs. You can imagine that getting down to the fish requires serious weight. He’s also successfully used this fly on the tributaries of Lake Ontario and Lake Erie for steelhead, brown trout, and salmon.

This pattern is particularly effective whenever eggs are present from the fall through winter and into early spring. It can be fished in pocket water on a tight line or Euro nymphing setup, or under an indicator. Where it’s legal to fish two or more flies, run two different color combinations to see what the fish want.

According to Chris, the Clown Egg and Globug-style eggs have been around for a long time, and adding a bead on the hook is nothing new. However, there are a couple of problems with most egg patterns: first, they require a lot of split shot to get to the bottom. Second, when trout go crazy on these flies, they often swallow them, resulting in maimed or critically injured fish, which is certainly bad for catch and release. Chris tried barbless jig hooks, but most were too long, with short hook gaps that prevented solid hookups. Then, along came the barbless Dohiku Claw jig hook with a short shank and a wide gap, resulting in an effective barbless egg pattern that gets down fast and rides hook up and snag-free.

Chris started experimenting with the Dohiku Claw hooks and various slotted tungsten beads, then realized the bead itself could become a visible part of the fly when the materials are positioned close to the bead. Colored, slotted tungsten beads were a nice addition to create an attractive hotspot in the egg. Using McFly Foam instead of yarn makes tying the flies so much easier by simply layering the foam in different-colored strips until you have the “clown” color palette you desire. Ideally, it will form a cylinder of different colors about the size of a pencil diameter to as large as a permanent marker, depending on hook size.

Chris said, “My most memorable day with this pattern was on the Deerfield River with a client on a beautiful November day where hordes of fat, brightly-colored rainbows were gobbling eggs behind spawning browns. We caught 20 ‘bows before lunch and called it a day around 2:30 with well over 35 rainbows to the net. We topped off the afternoon basking in the sun and enjoying a crisp IPA to celebrate!”

Bluefin Tuna Records – On The Water