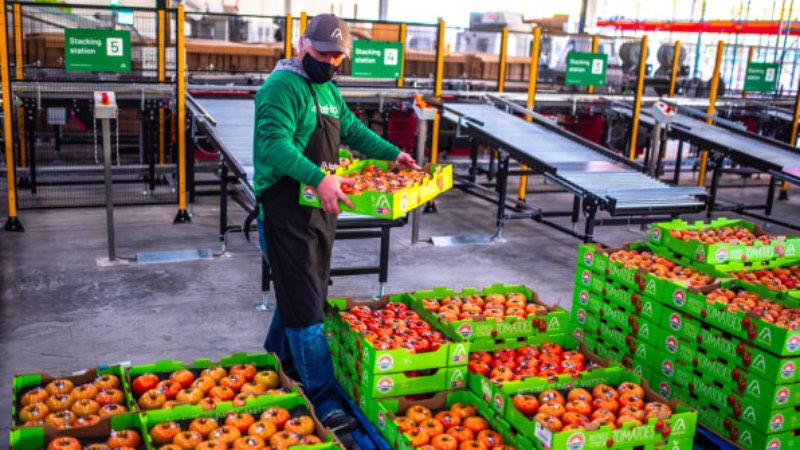 The Kentucky-based company known for its focus on restoring economically-suffering communities in former coal country recently went public, and gained home economics legend Martha Stewart as a board member.

With several facilities already producing fruits and vegetables, AppHarvest is set to become a national leader in alternative farming through their cutting edge indoor technology that saves space, recycles water, and produces 30 times more food than a conventional farm.

Their Morehead Kentucky headquarters can grow 45 million pounds of non-GMO, chemical pesticide-free tomatoes annually, while the indoor facility—which uses recycled rainwater—allows them to grow year-round, unimpeded by the burden of the seasons.

“AppHarvest’s high-tech, sustainable approach is the future of food, and this first harvest allows us to provide consumers with chemical pesticide-free, nutrient-rich, flavorful produce that’s making a difference they can feel good about,” said Martha Stewart in a press release.

“I’ve been testing the early sample tomatoes, which are delicious, and I’m already looking forward to integrating them into my kitchen and recipes this year.”

‘Proudly’ rooted in Appalachia, their three farms are all in Kentucky, one day’s drive from the doors of 80% of the American population by their estimate, allowing them to keep their commitment to Appalachian communities, while ensuring their produce reaches markets fresh.

MORE: 14 Years Ago the Amazon Was Being Bulldozed for Soy – Then Everything Changed As Corporations Joined Activists

AppHarvest also collaborates with eastern Kentucky high schools to introduce and incorporate an Agricultural tech curriculum. The company has invested hundreds of thousands of dollars providing high-tech container farms, in the form of retrofitted shipping containers, to offer students the opportunity to grow their own food and learn about the importance of nutritious fruits and vegetables.

“We are determined to build a climate-resilient infrastructure to offer folks a delicious tomato that is sustainably grown right here in Appalachia with 100% recycled rainwater and zero chemical pesticides, making it better for both them and the environment,” said Jonathan Webb, founder and CEO.

RELATED: Google is Creating Tools to Tackle Food Waste and Hunger at its Moonshot Factory

Having secured over $1 billion in financing, they hope to have 12 farms up and running in just the next four years.

SHARE the Juicy Good News With Your Pals on Social Media…

Passenger Loses $340,000 Painting at German Airport, and a Trash Can Hunt Begins