Passenger Loses $340,000 Painting at German Airport, and a Trash Can Hunt Begins 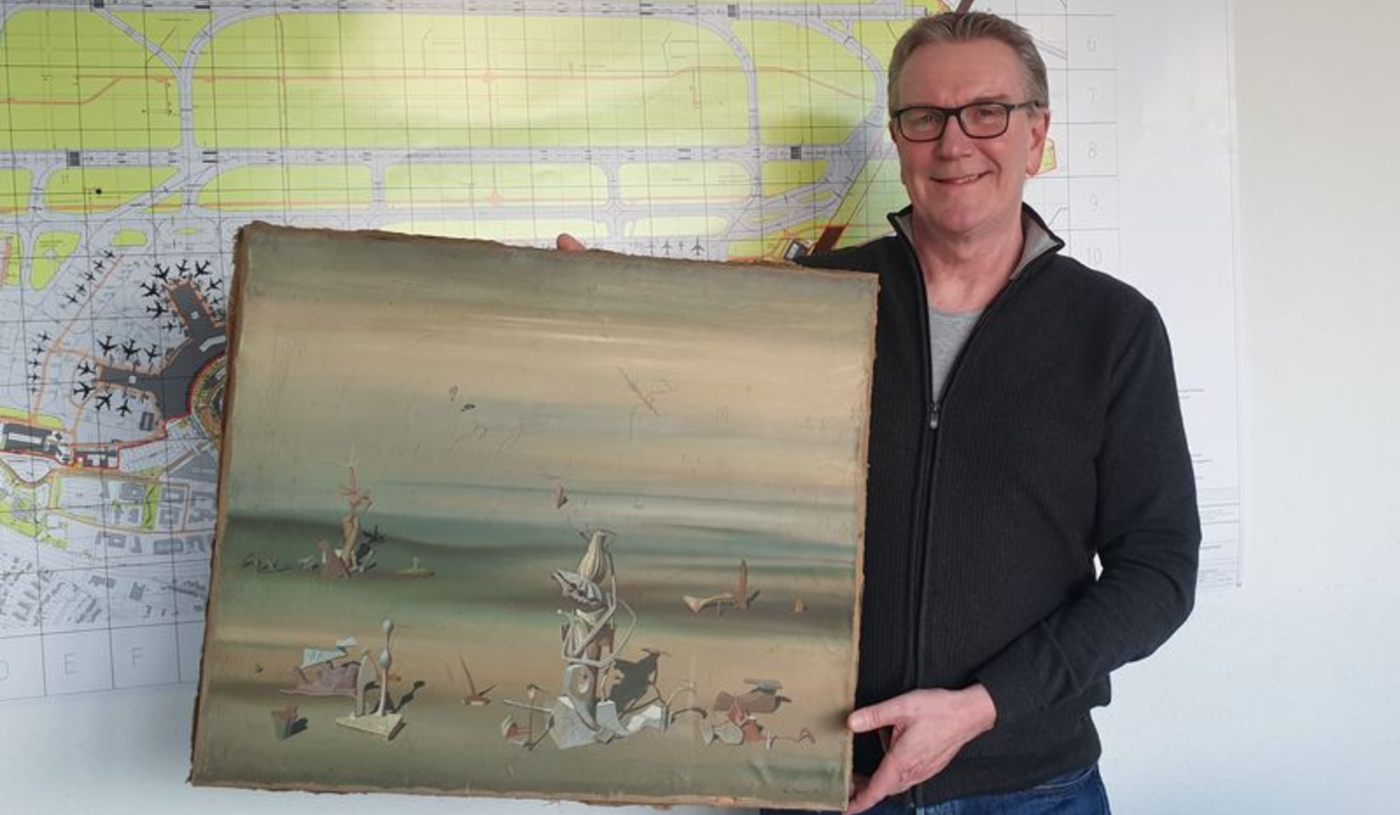 Flying can be stressful even for the most experienced business traveler. No matter how many items we check off our preflight “to do” list, sometimes the best-laid plans go awry.

That’s just what happened to one hapless passenger who accidentally left a painting worth $340,000 behind at Düsseldorf Airport when he boarded his flight to Tel Aviv.

The businessman, who has not been identified, had wrapped the masterpiece discreetly in cardboard. He immediately contacted airport authorities to alert them to be on the lookout for the 16X24-inch work by French surrealist Yves Tanguyart, but the masterpiece seemed to have vanished into thin air.

With no leads forthcoming, the businessman’s nephew decided to take matters into his own hands. After hopping a flight from Belgium to Düsseldorf, the would-be sleuth met with the police in person. Thankfully, from that point on, clues to the puzzle began to take shape.

An inspector deduced that the cardboard-clad painting had found its way into a paper recycling bin. When a search was subsequently conducted in what might amount to the most lucrative dumpster-dive in history, the precious package was found, unharmed, at the bottom of the bin. Tragedy averted. Artwork saved.

“This was definitely one of our happiest stories this year,” police spokesman Andre Hartwig told the AP. “It was real detective work.”

We’re sure Hercule Poirot would have been proud.

SHARE This Surreal Story With Pals on Social Media…

This Irish Couple Built Homes for Their Employees, and It’s Changed Their Lives