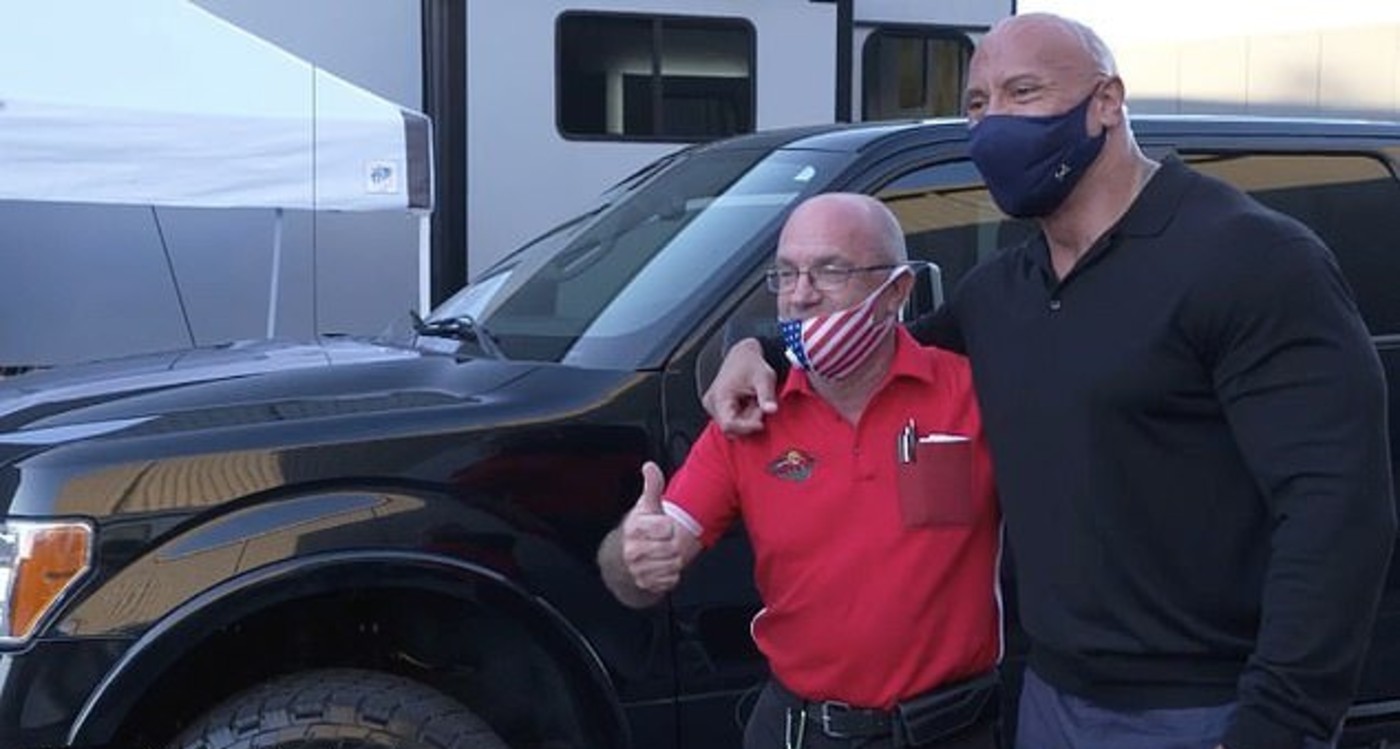 There’s a reason why Dwayne Johnson gets called the most likable celebrity around. Not only is he funny; he has his own foundation that helps at-risk and terminally ill children. Kindness just seems to be in this actor’s bones. As for his latest act? He’s just gifted a brand new Ford F-150 to an old friend.

It’s true that the Rock’s initial greetings didn’t sound all that friendly. “Hey you son of a gun!” Dwayne yelled across the parking lot. But his tone was just in jest.

Bruno took the actor in when he was homeless as a teen in Tennessee. Nine years later, after Johnson fell on hard times once again while trying to make his name as a wrestler, it was Bruno who again came to the rescue and said he could live in his Nashville trailer.

‘I love you, brother,” Johnson wrote to his friend in a post on Instagram. “Your kindness and heart – helped change my life’s trajectory. And when you’re ready to retire from ‘the business’ you just say the word. I got you covered.”

CHECK OUT: Ex-wife of Amazon CEO has Given Away $4 Billion in Last 4 Months to Help Those Affected by the Pandemic

A $30,000 truck and the gift of a financially stable future? Bruno, a former wrestling manager, couldn’t hold back the tears.

Watch the video of the sweet moment in the Instagram clip below.

Meet the 2019 tenured professors in the School of Humanities, Arts, and Social Sciences