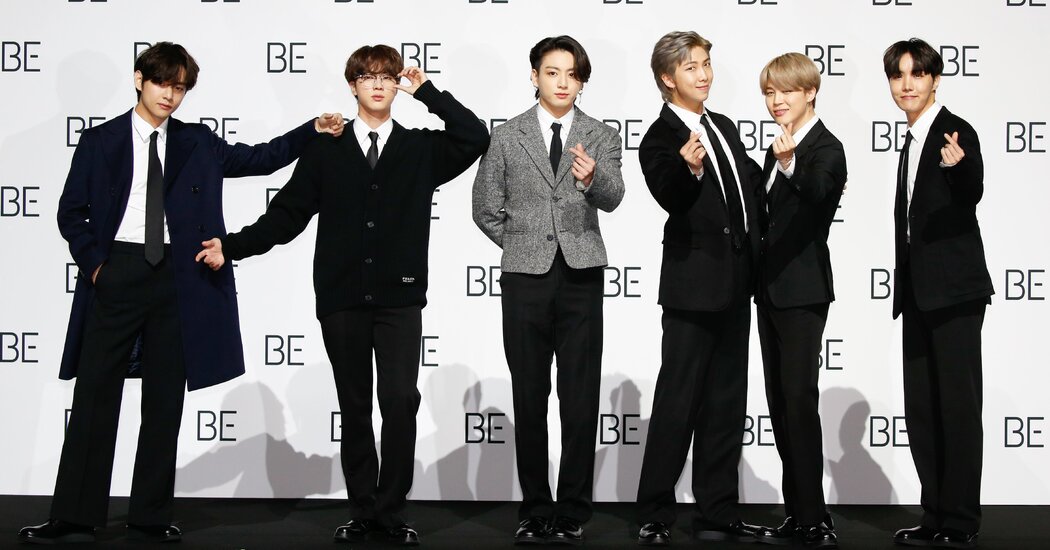 For a second week in a row, an old-fashioned format has helped push a new release to the top of the Billboard album chart.

BTS’s “Be” opened at No. 1 with the equivalent of 242,000 sales in the United States.Credit…Kim Hee-Chul/EPA, via Shutterstock

The music industry has a hot new format, one that can generate huge sales, demonstrate fan loyalty and dominate the weekly charts.

This week, the K-pop superstars BTS opened at No. 1 on the Billboard album chart for the fifth time with their latest release, “Be,” which had the equivalent of 242,000 sales in the United States, according to Nielsen Music. Of that total, 177,000 were for copies sold of the eight-song LP as a complete album. Two versions were available: a $9 digital download and a $51 “deluxe edition” CD that came with a photo book, seven postcards, a poster and other goodies.

Last week, AC/DC topped the chart with a similar strategy, selling its latest CD, “Power Up,” in a $49 box that displayed the band’s logo in neon and played a guitar riff from a built-in speaker.

The CD format has been dying a slow death for years. In 2019, just 52 million albums were sold on CD in the United States, down from a peak of 943 million in 2000, according to the Recording Industry Association of America. But some acts, like BTS, have found ways to move discs by super-serving fans with collectible packages, even as streaming remains the default format for most listeners. In its opening week, “Be” had 49 million streams.

The loyalty and promotional power of BTS’s fans is so great that it was considered a major factor in the success of a $4 billion initial public offering this fall by Big Hit Entertainment, the South Korean management company behind the band. (Big Hit derives almost 90 percent of its revenue from BTS.)

Ariana Grande’s “Positions” is in third place, while Pop Smoke’s “Shoot for the Stars Aim for the Moon” is No. 4; Future and Lil Uzi Vert’s “Pluto x Baby Pluto” fell three spots to No. 5 in its second week out.

Taylor Swift’s “Folklore” rose 23 spots to No. 6, after the LP’s vinyl version went on sale in Target stores and her new film, “Folklore: The Long Pond Studio Sessions,” began streaming on Disney+. (Swift is up for six Grammy nominations, including album of the year.)

Kaley Cuoco Thanks You for Flying With ‘The Flight Attendant’

The Grit and Glory of Dolly Parton