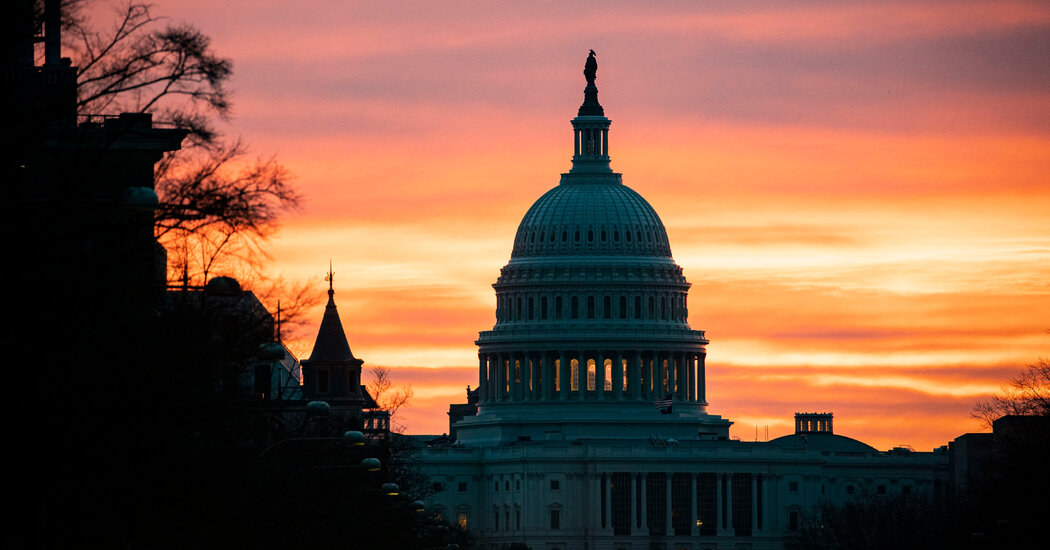 Democrats are essentially daring Republicans to vote against the effort and defy the president.Credit…Al Drago for The New York Times

The House voted on Monday evening to increase the size of individual stimulus checks to $2,000 from $600, endorsing a measure demanded by President Trump and daring Senate Republicans to either approve the heftier sum or defy the president, whose demands for bigger checks nearly scuttled the entire stimulus package.

The vote, which just reached the two-thirds majority needed to pass the House, came a day after Mr. Trump finally signed off on a $900 billion pandemic relief package he initially denounced as a “disgrace” and refused to sign, unexpectedly demanding that lawmakers more than triple the direct payments.

“The president of the United States has put this forth as something that he wants to see and part of his signing the legislation yesterday,” Speaker Nancy Pelosi of California said. “I hope that view will be shared by the Republicans in the Senate, because we will pass this bill today.”

The legislation, which passed by a vote of 275-134, was supported by 44 Republican members.

In signing the relief bill on Sunday night, Mr. Trump claimed in a statement that the Senate would “start the process for a vote” on legislation that would increase direct payments and pledged that “much more money is coming.”

But it is unclear whether the Senate will entertain such a measure. Senate Republicans have resisted increasing the payments, citing concerns about the federal budget deficit, and Senator Mitch McConnell of Kentucky, the majority leader, in a statement on Sunday made no mention of the $2,000 payments or any of the president’s assertions about the next steps for the chamber he controls.

Republican lawmakers in the House were visibly frustrated with the demand. Some of the president’s closest allies, including Representatives Steve Scalise of Louisiana, the No. 2 Republican, and Jim Jordan of Ohio, voted against the measure, and Representative Kevin Brady of Texas, the top Republican on the Ways and Means Committee, complained on the House floor that the proposal had been “hastily dropped on us at the last minute” and wouldn’t assist those who needed it most.

“I worry that this whopping $463 billion won’t do what’s needed, stimulate the economy or help workers get back to work,” Mr. Brady said.

Senator Chuck Schumer of New York, the Democratic leader, said on Monday after the vote that he would attempt to quickly pass the bill on the Senate floor on Tuesday, using a procedural tactic that allows lawmakers to advance legislation unless another senator objects.

“Every Senate Democrat is for this much-needed increase in emergency financial relief, which can be approved tomorrow if no Republican blocks it,” Mr. Schumer said in a statement. “There is no good reason for Senate Republicans to stand in the way.”

What the Vaccine Side Effects Feel Like, According to Those Who’ve Gotten It