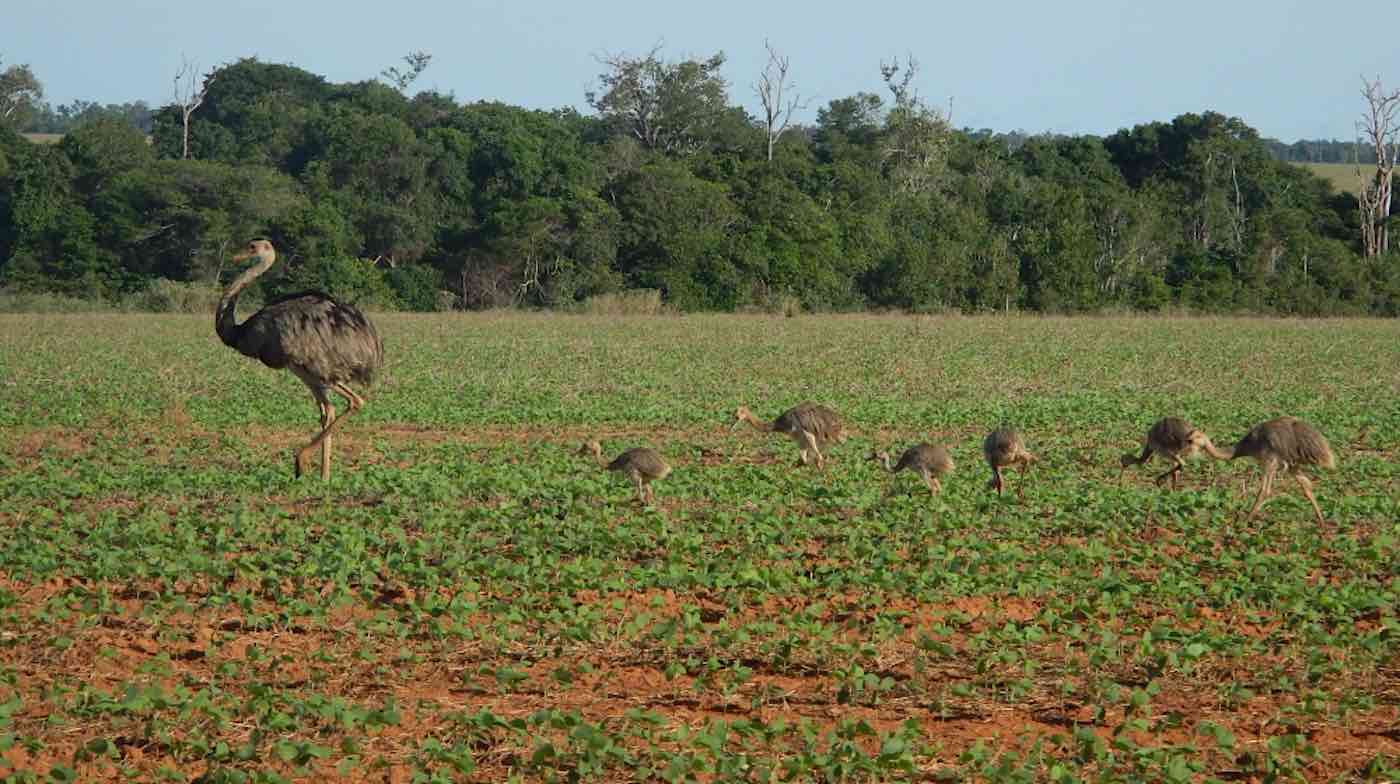 Over the last 14 years, a unique public-private initiative has reduced soy farming deforestation in the Amazon, so much so, that almost no soy coming from the Amazon currently contributes to deforestation.

It began in 2006 when Greenpeace launched a campaign exposing the damage of forest clear-cutting for soy the previous year—more than 1,600 square kilometers (nearly 4 million acres)—and demanded action to curtail the devastation.

In response to the public outcry, major soy companies in the region reached a landmark agreement as signatories to the Amazon Soy Moratorium (ASM), pledging not to purchase any crops grown on recently cleared land—and the success has been remarkable

Today, new research shows that 98.6% of all soy grown in the region complies with the moratorium.

Assistant professor Robert Heilmayr at the University of California-Santa Barbara and his colleagues at the University of Wisconsin Madison have now quantified the ASM’s effects and documented how it achieved its goals. The researchers found that while the agreement prevented millions of acres of deforestation in its first decade, the policy did not appear to hamper agricultural growth or push deforestation to other sectors or regions.

“Over one decade the ASM saved 18,000 square kilometers of forest (almost 7,000 square miles),” said Heilmayr, an environmental economist in the Environmental Studies Program and at the UCSB Bren School of Environmental Science & Management. “This is an area bigger than the state of Connecticut.”

The authors estimate that between 2006 and 2016, deforestation in soy-suitable portions of the Amazon was 35% lower than what would have occurred without the ASM.

“First time, we were able to control for other policies and factors outside the ASM to quantify its unique contribution to forest conservation,” explained coauthor Holly Gibbs, associate professor at UW Madison.

Scientists and conservationists were concerned the ASM might prompt soy farmers to begin planting in pastures, thereby pushing ranchers to clear more forest, essentially passing the buck to a different sector. However, the study suggests this did not happen. Gibbs explained it’s likely due, at least in part, to similar campaigns aiming to stem deforestation in the cattle sector. These efforts began in 2008 and resulted in similar zero-deforestation agreements in the cattle industry. The team also saw little evidence that the ASM was pushing deforestation into the nearby Cerrado biome.

Although some Brazilian policymakers worry that strict environmental commitments may weaken economic growth, soy production in the Amazon has continued to expand since adoption of the ASM. It increased from 4.9 million tons of production in 2006 to 17.2 million tons in 2019. Ultimately, the moratorium has demonstrated that soy expansion is possible without deforestation, Gibbs explained.

“One of the strengths of the Amazon Soy Moratorium is that it was a nearly unanimous decision among all the soy buyers in that sector,” said Heilmayr. The signatories account for about 90% of all soy purchases in the region, and this high market share ensured that the agreement would transform agricultural practice.

If farmers wanted to sell their soy, they’d have to abide by the policies set out by the ASM.

Another factor that contributed to the ASM’s success was the cooperation of non-profit NGOs and government agencies. The involvement of environmental organizations like Greenpeace, The Nature Conservancy and World Wildlife Fund boosted confidence that the agreement isn’t merely a form of greenwashing. Government investments in satellite monitoring systems and local property registries provided the backbone for monitoring and enforcing the moratorium.

Ten years on, the parties involved chose in 2016 to renew the ASM indefinitely. While this represents a major victory for sustainable agriculture, the researchers noted that commercial viability is preserved. The Amazon soy sector maintains access to valuable international markets, according to industry trade groups, and at low cost to Amazon soy farmers.

Coauthor Lisa Rausch, a researcher at UW Madison is convinced that the ASM served also to reduce any incentives to clear land on non-soy farms—even in unregistered areas for future soy production.

Current deforestation rates are double what they were at their low point in 2012, though they’re still dramatically lower than what they were back in 2003 and 2004, thanks to the benefits of the ASM’s unique mix of public and private policymaking.

Heilmayr believes the consistent global demand for zero-deforestation soy will continue to discourage new deforestation despite any weakening of public policies.

“The ASM is a nice example of what is possible when companies take aggressive, transparent steps towards supply chain sustainability,” he said. “It provides hope that private actors can trigger meaningful improvements in the way society interacts with our environment.”

ALSO: Farming in the Forest: A Chance to Reverse 1,000 Years of Destructive Land-Use Practices

The study, funded by the Gordon and Betty Moore Foundation and the Norwegian International Climate and Forest Initiative, appears in Nature Food.

ADD to Fact-Based Reporting By Sharing This on Social Media…

Sink Your Christmas Tree to Create a Fishing Hotspot