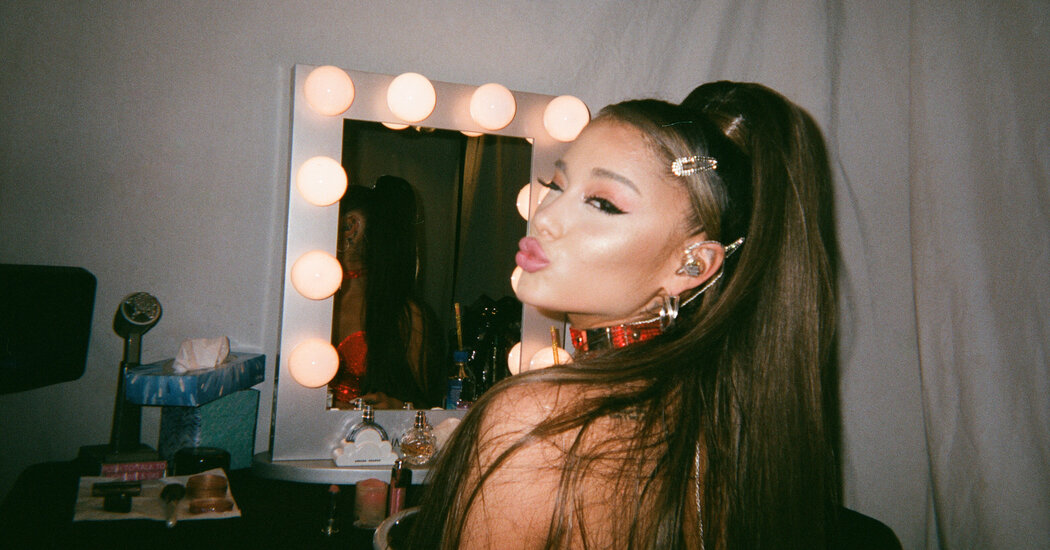 Sometimes it’s enough to adore a pop star from afar, even if you aren’t an Arianator.

When you purchase a ticket for an independently reviewed film through our site, we earn an affiliate commission.

So is there actual footage of Ariana Grande cleaning up dog poop? And why was Kristin Chenoweth on FaceTime with Grande as she was picking it up? You might be asking yourself the same dumb questions after watching the new music documentary “Excuse Me, I Love You,” with the pony-tailed pop star at its performance-driven center.

Though the majority of the movie focuses on this singer’s powerhouse vocals during her 2019 Sweetener World Tour, there are glimpses into Grande’s offstage life that are a refreshing contrast to her glam persona.

So yes, Grande, not a strict follower of the pop stardom rule book, goes into elaborate detail about the insane 15-minute fiasco that involves her dog Myron’s case of diarrhea, her pet pig using her bed as a toilet, Myron eating what the pig deposited and Grande running out of the room, screaming and crying. That is the last scene you might expect her to revisit amid this slick showcase of sensuality and eroticism. But as weird as it may sound, hearing the tale from Grande made me fonder of her. She can sing and tell a good poop story.

For the film, the veteran music documentary director Paul Dugdale captures Grande in a variety of other off-the-cuff moments that give you the impression that this Grammy winner could be your bestie — that is, if your bestie has also harmonized whistle tones with Mariah Carey.

Grande serves charming, relatable political realness, dramatizing a fainting fall when she hears the news that the House voted to impeach President Trump. And when Grande learns that Carey, her idol, has asked her to record a solo clip of “All I Want for Christmas Is You” along with other artists, she gets misty-eyed. These light touches mixed in with bops like “Thank U, Next” and “7 Rings,” lend — if only slightly — an endearing, multidimensional human shape to the performer seen strutting the catwalk in thigh-high boots before thousands of adoring fans.

Only 2020 could make a straightforward, paint-by-numbers concert doc like this one, which is clearly intended for superfans, seem this nourishing (even for non-Arianators like myself). Even the most casual of fans might find themselves saying, simply, thank you.

Ariana Grande: Excuse Me, I Love You
Not rated. Running time: 1 hour 37 minutes. Watch on Netflix.

Louisville Officer Who Shot Breonna Taylor Will Be Fired