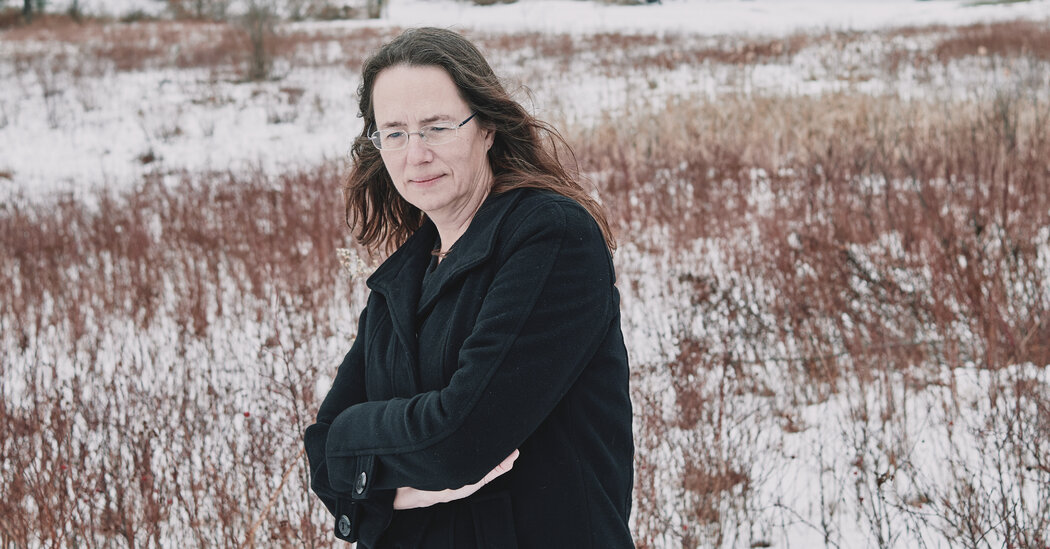 She is the breakout star of the newsletter platform Substack, doing the opposite of most media as she calmly situates the news of the day in the long sweep of American history.

Heather Cox Richardson, a history professor at Boston College, is more or less by accident the most successful independent journalist in America.Credit…Tristan Spinski for The New York Times

Last Wednesday, I broke the news to Heather Cox Richardson that she was the most successful individual author of a paid publication on the breakout newsletter platform Substack.

Early that morning, she had posted that day’s installment of “Letters From an American” to Facebook, quickly garnering more than 50,000 reactions and then, at 2:14 a.m., she emailed it to about 350,000 people. She summarized, as she always does, the events of the day, and her 1,120 words covered a bipartisan vote on a spending measure, President Trump’s surprise attack on that bill, and a wave of presidential pardons. Her voice was, as it always is, calm, at a slight distance from the moment: “Normally, pardons go through the Justice Department, reviewed by the pardon attorney there, but the president has the right to act without consulting the Department of Justice,” she wrote. “He has done so.”

The news of her ranking seemed to startle Dr. Richardson, who in her day job is a professor of 19th century American history at Boston College. The Substack leader board, a subject of fascination among media insiders, is a long way from her life on a Maine peninsula — particularly as the pandemic has ended her commute — that seems drawn from the era she studies. On our Zoom chat, she sat under a portrait that appeared as if it could be her in period costume, but is, in fact, her great-great-grandmother, who lived in the same fishing village, population a bit over 600.

She says she tries not to think too much about the size of her audience because that would be paralyzing, and instead often thinks of what she’s writing as a useful primary document for some future version of her historian self. But there was no ignoring her metrics when her accountant told her how much she would owe in taxes this year, and, by extension, just how much revenue her unexpected success had brought. By my conservative estimate based on public and private Substack figures, the $5 monthly subscriptions to participate in her comments section are on track to bring in more than a million dollars a year, a figure she ascribes to this moment in history.

“We’re in an inflection moment of American politics, and one of the things that happens in that moment is that a lot of people get involved in politics again,” she said.

Many of those newly energized Americans are women around Dr. Richardson’s age, 58, and they form the bulk of her audience. She’s writing for people who want to leave an article feeling “smarter not dumber,” she says, and who don’t want to learn about the events of the day through the panicked channels of cable news and Twitter, but calmly situated in the long sweep of American history and values.

Dr. Richardson’s focus on straightforward explanations to a mass audience comes as much of the American media is going in the opposite direction, driven by the incentives of subscription economics that push newspapers, magazines, and cable channels alike toward super-serving subscribers, making you feel as if you’re on the right team, part of the right faction, at least a member of the right community. She’s not the only one to have realized that a lot of people feel left out of the media conversation. Many of the most interesting efforts in journalism in 2021, some of them nonprofit organizations inspired by last summer’s protests over racism, will be trying to reach people who are not part of that in-group chat. One new nonprofit, Capital B, plans to talk to Black audiences, while another well-regarded model is Detroit’s Outlier Media, which is relentlessly local and often delivered by text message. For Dr. Richardson’s audience, it’s an intimate connection. She spends hours a day answering emails from readers. She spent most of Saturday sending thank-you notes for Christmas presents.

The challenge for many of those efforts, and for nonprofit news organizations in general, has been reaching large numbers of people. Dr. Richardson, whose run of short essays began when she was stunned by the response to one she posted last September, has done that by accident, though she credits her huge audience of older women to the deepening gender gap in American politics.

“What I am doing is speaking to women who have not necessarily been paying attention to politics, older people who had not been engaged,” Dr. Richardson said. “I’m an older woman and I’m speaking to other women about being empowered.”

Dr. Richardson confounds many of the media’s assumptions about this moment. She built a huge and devoted following on Facebook, which is widely and often accurately viewed in media circles as a home of misinformation, and where most journalists don’t see their personal pages as meaningful channels for their work.

She also contradicts the stereotype of Substack, which has become synonymous with offering new opportunities for individual writers to turn their social media followings into careers outside big media, and at times appears to be where purged ideological factions go to regroup. That’s true of Never Trump Republicans pushed out of conservative media, whose publications, The Dispatch and The Bulwark, are the largest brands on the platform (just above and below Dr. Richardson’s revenue, respectively). And it’s true of left-leaning writers who have broken bitterly with elements of the mainstream liberal consensus, whether around race or national security, from the Intercept co-founder Glenn Greenwald to the Vox co-founder Matthew Yglesias to the firebrand Matt Taibbi, whom Dr. Richardson unseated from the top slot in late August.

Dr. Richardson happened into this frontier of the media business pretty much by chance. When readers on Facebook started suggesting she write a newsletter, she realized she didn’t want to pay hundreds of dollars a month for a commercial platform, and jumped at Substack because it would allow her to send out her emails without charge to her or her readers. Substack makes its money by taking a percentage of writers’ subscription revenue, and she said she felt guilty that the company’s support team wasn’t getting paid for fixing her recurring problem: that her extensive footnotes set off her readers’ spam filters. She seemed intensely uncomfortable talking about the money her work is bringing in.

“If you start doing things for the money, they stop being authentic,” she said, adding that she knew that was both a privilege of her tenured professorship and “an old Puritan way of looking at things.”

Like the other Substack writers, Dr. Richardson is succeeding because she’s offering something you can’t find in the mainstream media, and indeed that many editors would assume was too boring to assign. But unlike the others, it’s not her politics, per se: She thinks of her politics as Lincoln-era Republican, but she is in today’s terms a fairly conventional liberal, disturbed by President Trump and his attacks on America’s institutions. She’s a historian who studied under the great Harvard Lincoln scholar David Herbert Donald, and her work on 19th century political history feels particularly relevant right now. This spring, she published her sixth book, “How the South Won the Civil War: Oligarchy, Democracy, and the Continuing Fight for the Soul of America,” an extended assault on the kind of nostalgia that animates Mr. Trump’s fight to preserve Confederate symbols. The face of the South in Dr. Richardson’s book is a bitterly racist and sexually abusive South Carolina planter and senator, James Henry Hammond, who called Jefferson’s notion that all men are created equal “ridiculously absurd.”

What is unusual is to bring a historian’s confident context to the day’s mundane politics. She invoked Senator Hammond when Representative Kevin McCarthy and other Republican leaders signed on to a Texas lawsuit seeking to reverse the presidential election, comparing the Republican action to moments in American history when legislators explicitly questioned the very idea of democracy.

“Ordinary men should, Hammond explained, have no say over policies, because they would demand a greater share of the wealth they produced,” she wrote.

She is, ultimately, offering what feels like straightforward, if thoughtful, answers to the big questions about America right now. One subscriber, Dani Smart, 50, who works for her family real estate brokerage in Richland, Wash., told me that Dr. Richardson helped her “sort through this maelstrom.” (In fact, the edgier younger sibling of Dr. Richardson’s “Letters From an American” is a newsletter that’s called “WTF Just Happened Today?” Its founder, Matt Kiser, says he reaches more than 200,000 subscribers a day and is supporting the business on voluntary contributions.)

Dr. Richardson’s “readers are people who have been orphaned by the changes in media and the sensationalism and the meanness of so much of Twitter and Facebook, and they were surprised to find her there and pleased and spread the word,” said Bill Moyers, the former Lyndon B. Johnson aide and public television mainstay.

Dr. Richardson isn’t sure what she’ll do next. She plans to keep writing her letters through Joseph R. Biden Jr.’s first 100 days as president. But her routine isn’t sustainable: She makes dinner most nights and eats with her partner, a lobsterman, then starts reading. She often falls asleep facedown on her desk for an hour around 11 p.m. before getting back up to write.

I’ve been getting “Letters From an American” in my inbox since July, and I have to admit that I rarely open them. I live on Twitter much of the time, where yesterday is old news, and everyone assumes you know the context. I find it hard to hit the brakes to look at a print newspaper, much less Dr. Richardson’s rich summaries.

When I confessed that to Mr. Moyers, he didn’t seem surprised. “You live in a world of thunderstorms,” he said, “and she watches the waves come in.”