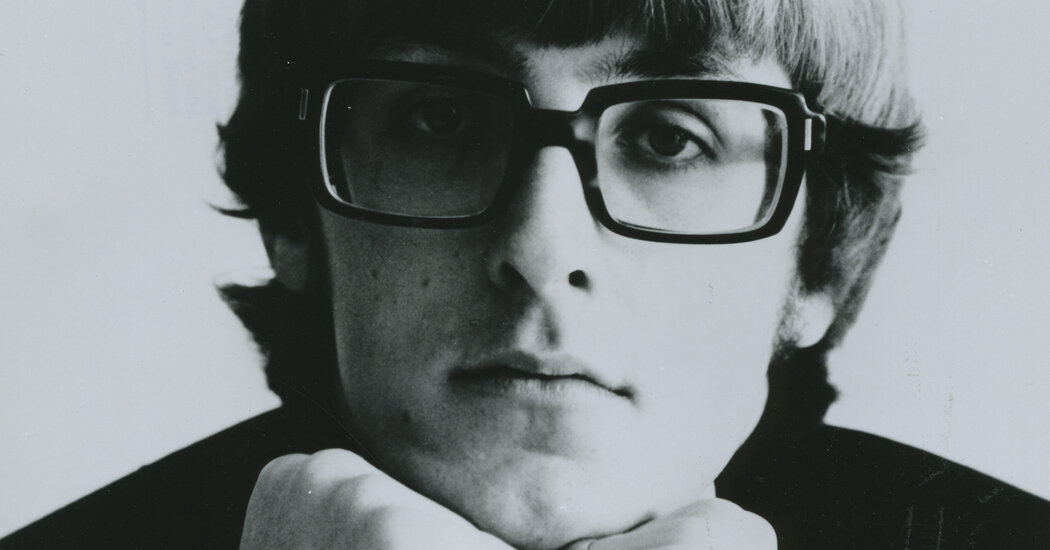 Mr. Stuart’s wistful tunes of summer romance brought him and Jeremy Clyde an intense but brief burst of stardom during the British Invasion of the 1960s.

Chad Stuart, who found stardom as the chief musical force of the duo Chad & Jeremy during the British Invasion in the mid-1960s, died on Sunday at his home in Hailey, Idaho. He was 79.

The cause was pneumonia, his daughter, Beth Stuart, said.

Singing in lock-step harmony, Mr. Stuart and Jeremy Clyde wrung all they could from the theme of a fondly recalled summer romance. “I loved you all the summer through,” “lovely summer dream,” “sweet soft summer nights,” “soft kisses on a summer’s day” — these phrases come from four different Top 40 Chad & Jeremy hits. They had seven of them in total, all love songs, between 1964 and 1966.

Their gentle voices and acoustic guitars conveyed intimacy, but tracks like “A Summer Song” and “Yesterday’s Gone” took on a grander scale from the sweeping strings, plaintive horns and booming drums of Mr. Stuart’s arrangements. The orchestration had neither the spare authenticity of purist folk nor the electric attitude of rock. Mr. Stuart’s pop tunes made wistfulness upbeat; they were less invasion than invitation.

Nevertheless, Chad & Jeremy capitalized on the British Invasion phenomenon. As their fame took off, close on the heels of Beatlemania, alongside other British bands like Herman’s Hermits and a fellow duo, Peter and Gordon, Mr. Stuart and Mr. Clyde found themselves serving as archetypal mop-top crooners on “Batman” and other TV series.

On “The Dick Van Dyke Show,” for instance, Mr. Stuart and Mr. Clyde played the Redcoats, a heartthrob British rock duo in skinny black ties and bowl cuts with “every teenager in America looking for them.” After some teenage girls learn that the handsome young Brits had stayed in the suburban home of Mr. Van Dyke’s character, they emit a collective shriek and begin looting his living room, every object in it suddenly a sacred memento.

That hysteria was not far from Mr. Stuart and Mr. Clyde’s actual experience of the mid-’60s.

Mr. Clyde, in a phone interview, recalled a trip to Los Angeles in 1964 when throngs of screaming girls greeted him and Mr. Stuart at the airport. On their way to the Beverly Wilshire Hotel, they found themselves tailed by the girls, who reached out and tried to touch their limousine. Mr. Stuart and Mr. Clyde were pursued into the hotel. One girl jumped out of a laundry basket.

Mr. Clyde said the sound of girls’ screams remained among his most palpable memories from the era.

He and Mr. Stuart, he added, found this moment enthralling.

“It was a young man’s dream come true,” Mr. Clyde said. “You’re a star, and America’s at your feet.”

Mr. Stuart on an episode of “Batman” in 1966, one of a number of television appearances Chad & Jeremy made in their heyday.Credit…ABC TV/Time Warner

Chad Stuart was born David Stuart Chadwick on Dec. 10, 1941, in Windermere, England. (He was called Chad as a teenager and changed his name legally in 1964.) His father, Frank Chadwick, worked as a foreman in the lumber industry, and his mother, Frieda (Bedford) Chadwick, was a nurse.

His family moved to the town of West Hartlepool, but Chad grew up largely at the Durham Cathedral Chorister School, a boarding school for choirboys that gave him a scholarship. He would later use his musical training to construct the hooks of Chad & Jeremy’s catchy tunes.

“They hit them until they learned music theory,” Mr. Clyde said. “He could harmonize anything. For years and years, I’d just say, ‘What’s my part?’ and he’d tell me, and I’d sing it.”

Mr. Stuart and Mr. Clyde met as undergraduates at the Central School of Speech and Drama (now the Royal Central School of Speech and Drama) in London. Mr. Clyde, an aspiring actor, also played rudimentary folk guitar. A rumor went around that a guitar-playing new boy had mastered “Apache,” an instrumental by the beloved British rock group the Shadows. Mr. Clyde introduced himself, and he and Mr. Stuart became instant friends.

Mr. Stuart in 1959 as a student at the Durham Cathedral Chorister School, a boarding school for choirboys, where, Mr. Clyde said, “They hit them until they learned music theory.”Credit…via Stuart family

Mr. Stuart “came from a grimy little town in Northern England,” he told the blog Music Web Express 3000. Mr. Clyde, conversely, was the grandson of the Duke of Wellington.

“It was kind of a mutual fascination society,” Mr. Stuart said. “It was a good trade-off, really.” Mr. Stuart taught Mr. Clyde about music, and Mr. Clyde introduced Mr. Stuart to a new social world. Thanks to Mr. Clyde’s family connections, the two young men stayed at Dean Martin’s house in Los Angeles and hung out with Frank Sinatra.

Their fame had the brevity of a firework. Mr. Clyde wanted to be an actor, and by 1965 he had already returned to London to appear in a play, leaving Mr. Stuart to perform with a cardboard cutout of Mr. Clyde under his arm. They kept putting out records until “The Ark,” a 1968 album for which Mr. Clyde wrote most of the songs, but lagging commercial interest and Mr. Clyde’s other career ambitions broke up the band.

“It always amazed me that after being so prolific in the ‘Ark’ period, he just walked away,” Mr. Stuart told Music Web Express 3000.

Mr. Stuart continued to perform, but with a greatly reduced pop-cultural stature. At one point he opened for the hard-rock band Mountain in a bowling alley in Hartford, Conn. He made a living producing radio jingles and, toward the end of his life, giving private music lessons. Mr. Clyde had a successful career as an actor onstage and on television in Britain.

Mr. Stuart and Mr. Clyde in 2014. They toured annually from 2004 to 2016 and were surprised by how much they enjoyed the experience.Credit…Alma Pitchford

Mr. Stuart and Mr. Clyde did several reunion tours in the 1980s and annually from 2004 to 2016, surprising themselves by how much they enjoyed the experience. Fans asked them to sign photographs they had taken with the duo decades ago, and to take new photographs together.

“We want to keep going until we drop,” Mr. Stuart said in an interview with the blog ClassicBands.com. “This is the best fun either one of us has had in decades.”

Mr. Stuart “jumped right in” to “hugging the audience,” Mr. Clyde said. “He loved being loved.”