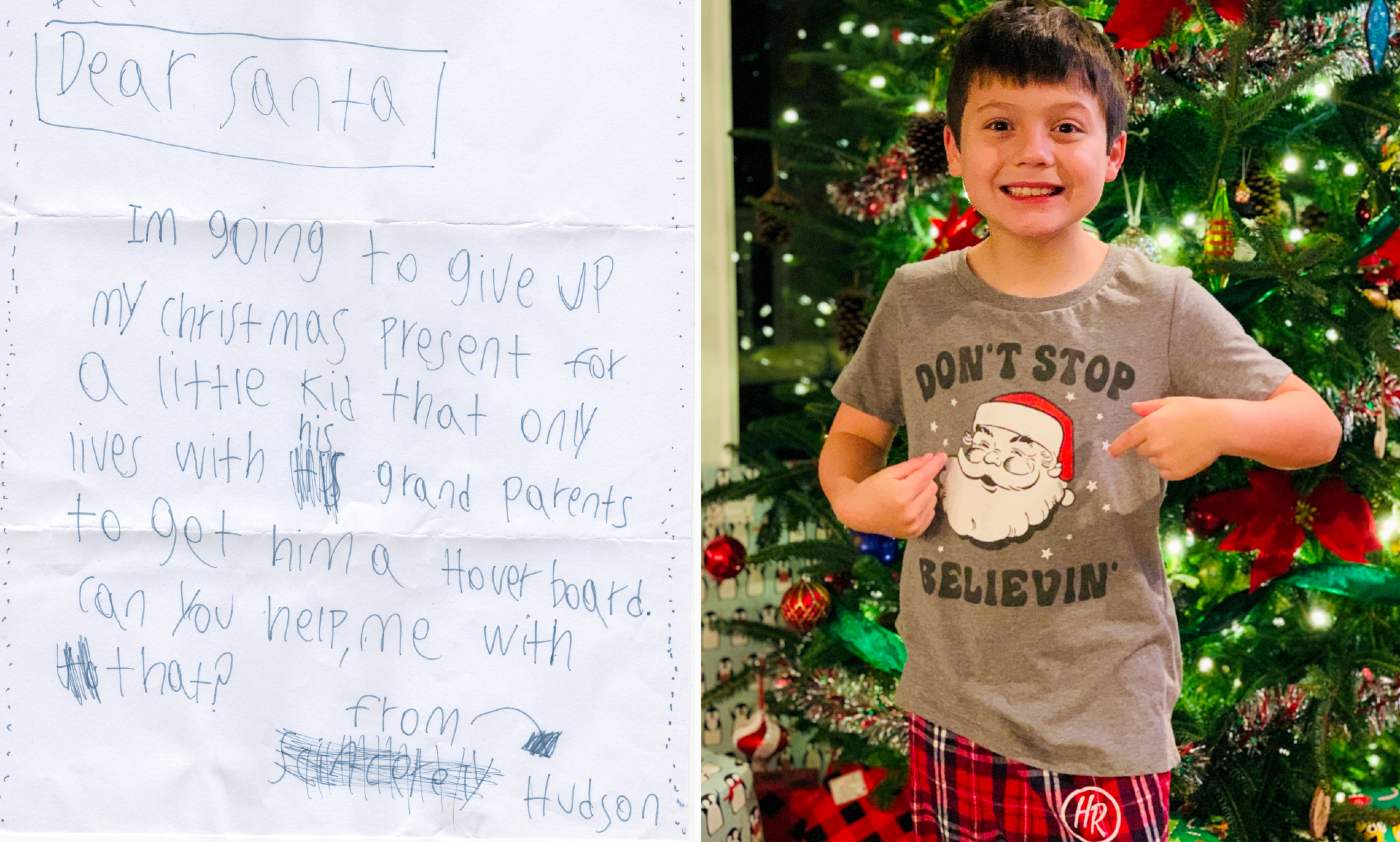 A nine-year-old has written a letter to Santa asking him to give away his hoverboard to a grieving child who wanted the same gift.

41-year-old Jason and Sandi Boyer wanted to help another family at Christmas and were anonymously matched with a little boy being cared for by his grandmother.

The boy, who had just lost his grandfather to cancer, had a hoverboard at the top of his wishlist to Santa—just like their son Hudson.

When Hudson found out, he wrote to Santa and asked if his Christmas gift could be given to the other boy.

The Boyer family are going one better—they’re going to make sure that both boys get their hoverboard from Santa this year.

Meteorologist Jason from Asheville, North Carolina, said: “Every year we try to think about someone or an organization to help out, normally focusing on children, and this year we found the Barry L. Joyce Cancer Fund in Madison.

RELATED: The Science On Santa’s Reindeer: They Are All Female – Except For Rudolph

“They put us in contact with a child who is parentless and was being looked after by his grandparents, but just recently his grandfather had passed away with cancer.

“Now he only has his grandmother to look after him and his siblings, so we knew they would be stressed and that this time of the year would be hard on them, particularly with the cost of medical care.

“We explained the story to our son and asked him if he would be willing to give up his hoverboard for this little boy,

“He immediately said yes which surprised us, because at that age you don’t really think they would do that.”

Non-profit executive Sandi added: “We wanted to help a little boy who was the same age as Hudson just so it would hit home a bit more, and it just so happened that he wanted exactly the same thing as my son.

MORE: Lowe’s Goes All Out for Boy w/ Autism Who Loves the Store – Crowning the 4-Year-old an ‘Honorary Associate’

“I honestly thought he’d forget about it after we told him. Then he just wrote his letter to Santa. When he gave it to us, I cried.”

Cheers to a little boy who’s most definitely on Santa’s ‘nice’ list this year.

SHARE the Kindness and Send This Sweet Story to Pals…

The social life of data