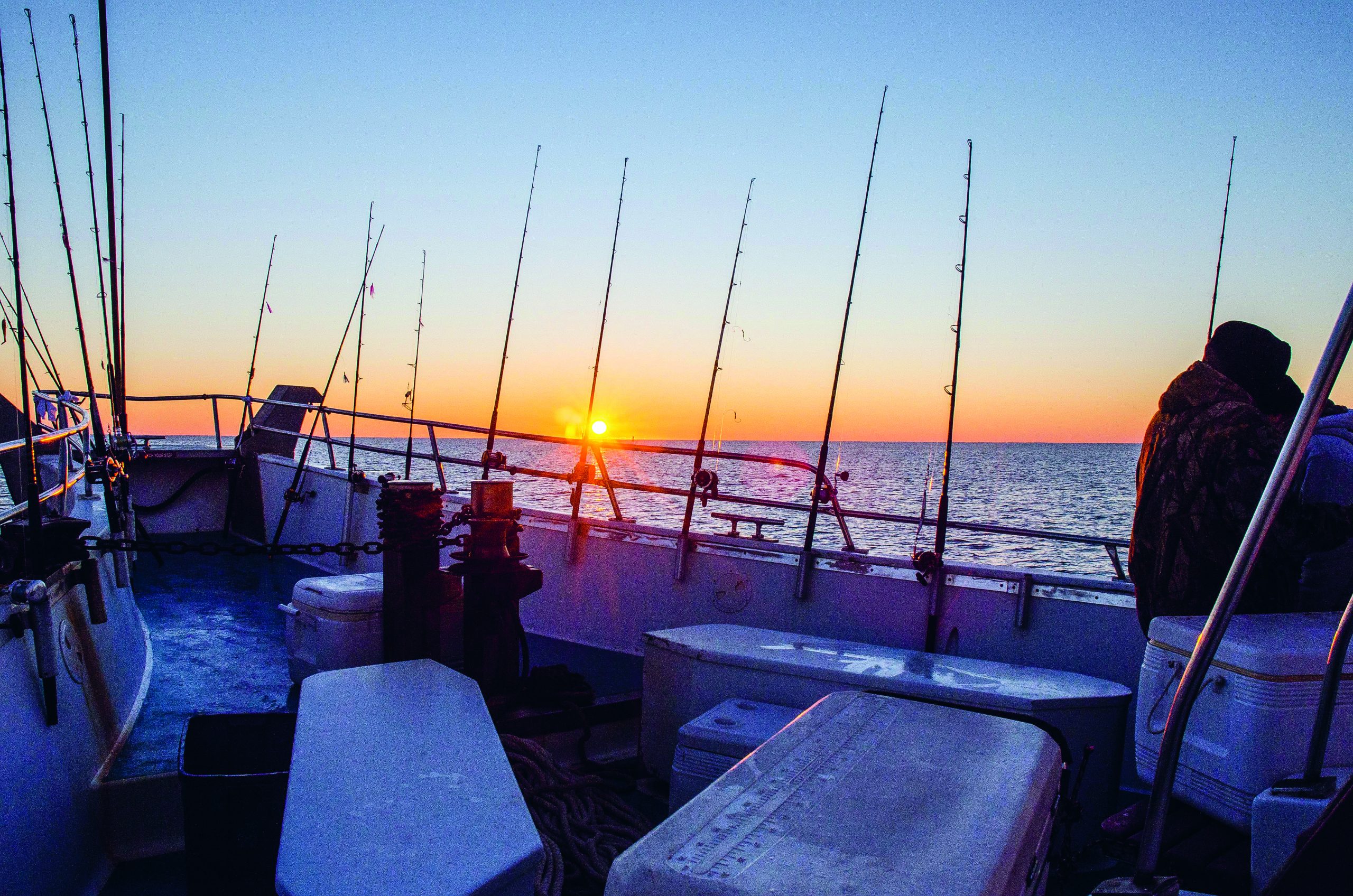 Heated handrails are a game-changer while bottom-fishing on a party boat for a mix of deep water species during the chilly winter months.

Perhaps the greatest innovation in headboat fishing is the heated rail. After taking off your gloves to re-tie a lost rig or to add a fresh piece of clam to your hook, there’s no better feeling than clamping your frozen hands around the rail and feeling the warmth seep into your body from the palms inward. The only thing better at helping you cope with the cold is a tug at the end of your line.

While some headboats get tucked away for a long winter’s nap, several captains keep the diesel engines running all year long, giving cabin-fever afflicted fishermen the opportunity to secure fresh fillets through the bleakest months of the year.

The fishing options are limited—every boat is going bottom fishing, either for cod, tautog, or ling—but in the dead of winter, any fishing is better than no fishing. However, some boats may run special trips offshore for tilefish. There was once a productive mid-winter fishery for black sea bass at deep-water wrecks, but with sea bass season now closed during the first few months of the year, that is no longer an option.

Cog, tautog, and ling are the saltwater fish that are typically targeted in the colder months.

Some very large tautog can be taken this time of year, when boats target deep-water wrecks where big tog concentrate during the coldest months of the year. While limit catches are uncommon, large fish are a possibility. The former world record tog, a 25-pounder, was taken on an Ocean City, New Jersey, headboat in late Jan. 1998. Most boats provide green crabs and sell white-legger crabs, but if you can secure some hermit crabs, you’ll gain an edge over your fellow fishermen at the rail.

Cod fishing runs hot and cold throughout the winter for headboats working the waters off Block Island. This has been a favorite mid-winter respite for New England fishermen, who pack the rails of boats sailing from Rhode Island. While the cod occasionally strike jigs, on most trips, fresh clams catch the majority of the keepers.

Ling are a popular target for winter fishermen out of Long Island and New Jersey. These can be caught in big numbers and make great eating, which is their primary appeal. Fishermen target ling with clams on high-low rigs, and enjoy the occasional cod or pollock bycatch.

Check with your local party boats to see if they have heated handrails.

This story was originally published in the January 2019 Angler’s Almanac.

Article: The History of Cod