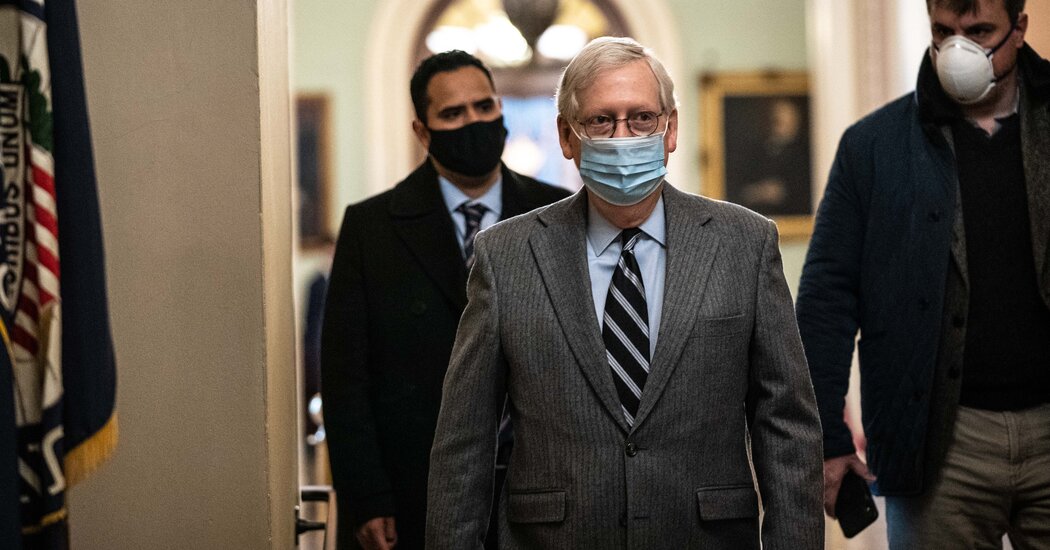 The Democratic leader and I worked into the evening alongside the speaker of the House and the House Republican leader. We made major headway toward hammering out a targeted pandemic relief package that would be able to pass both chambers with bipartisan majorities. We committed to continuing these urgent discussions until we have an agreement. And we agreed we will not leave town until we’ve made law. The American people need more help. It’s that simple. Further targeted relief is now months overdue. We need vaccine distribution money. We need to re-up the Paycheck Protection Program to save jobs, we need to continue to provide for laid-off Americans. Congressional leaders on both sides are going to keep working until we get this done. 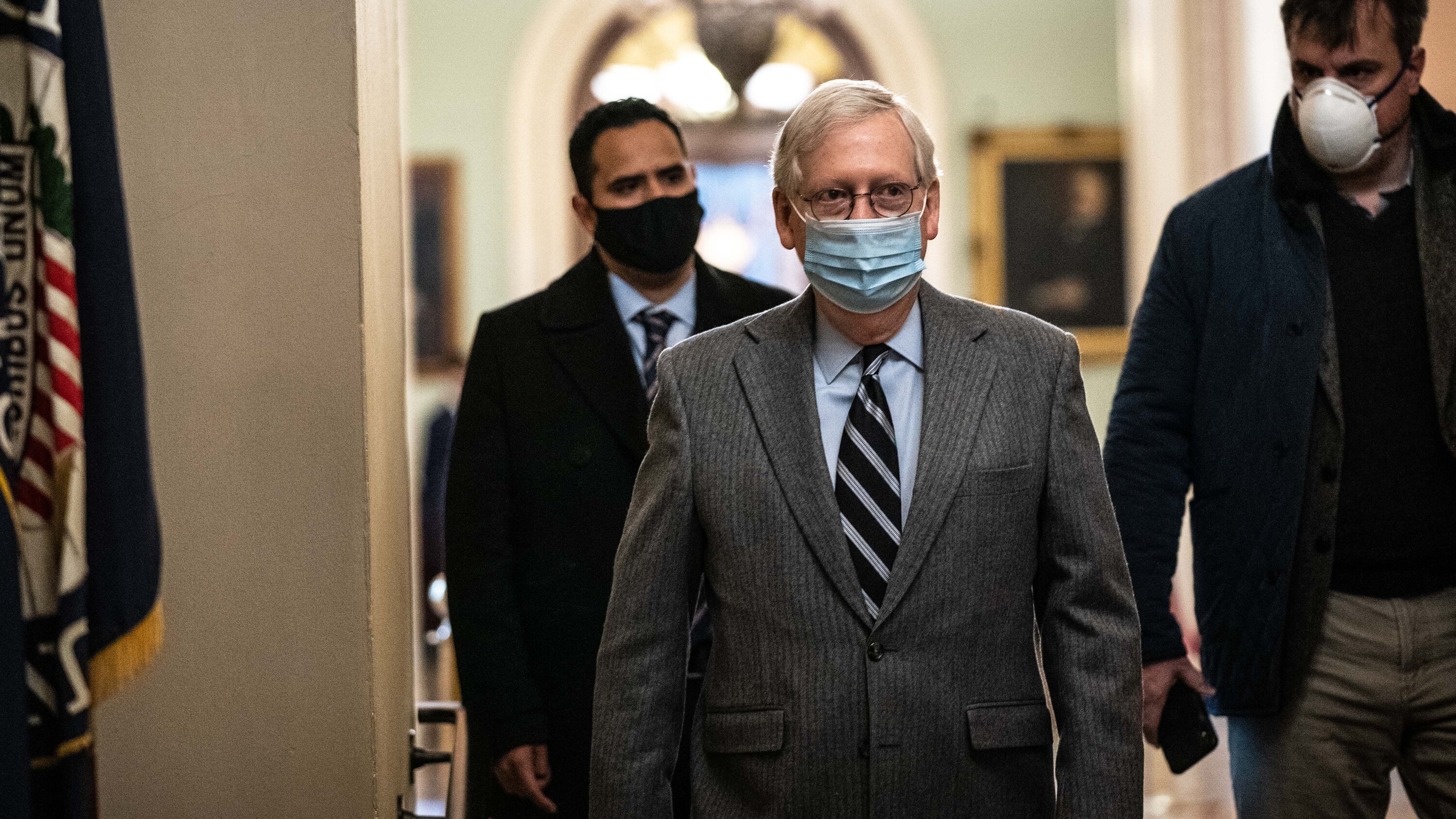 Senator Mitch McConnell, the majority leader, privately made the case to Republicans on Wednesday for a stimulus deal that includes another round of direct payments to struggling Americans, suggesting that delivering such help could boost the party’s hopes of hanging onto their majority in the Senate.

In a call on Wednesday afternoon, Mr. McConnell said that Senators Kelly Loeffler and David Perdue, who are both facing January runoffs that will determine which party controls the Senate, were “getting hammered” for Congress’s failure to deliver more pandemic aid to struggling Americans — particularly the direct payments — and that enacting the measure could help them. The Kentucky Republican also emphasized that the package could be signed by President Trump, who has pushed for another round of stimulus checks, and would help those devastated by the pandemic.

His comments, relayed by two people familiar with them who shared them on the condition of anonymity, came as congressional leaders closed in on an agreement on a coronavirus relief measure that could infuse the economy with as much as $900 billion, racing to complete both a pandemic aid package and a catchall federal spending measure before government funding lapses on Friday.

In an indication that a deal was imminent but not yet in hand, Mr. McConnell also warned senators to prepare to remain in Washington through the weekend as lawmakers and aides finalize the details and write legislative text.

Top Republicans and Democrats on Capitol Hill appeared to be nearing a compromise that would include both another round of direct stimulus payments to Americans and additional unemployment benefits, according to others familiar with the emerging plan who also described it on the condition of anonymity.

While the details were not yet final, the package was also expected to provide billions of dollars for vaccine distribution and support for schools and small businesses, but omit coronavirus liability protections long sought by Republicans and a dedicated funding stream for state and local governments insisted upon by Democrats — the two most contentious sticking points.

Senator John Thune of South Dakota, the No. 2 Republican, told reporters on Wednesday that the direct payments were likely to be $600 to $700 per person, about half the size of the checks included in the $2.2 trillion stimulus law enacted in March, which Democrats and some Republicans had pushed to replicate or exceed.

“Right now we’re going to do our best to get the $1,200, but this is a good start,” said Senator Bernie Sanders, the Vermont independent who joined forces with Senator Josh Hawley, Republican of Missouri, to lobby for the inclusion of the payments.

Senator Rand Paul, Republican of Kentucky and one of the fiercest opponents of government spending, said on Wednesday that he “will make a point to let people know that they’re giving away money they don’t have” but “won’t object to the time that it takes to do this.”

Negotiators were also still haggling over an expansion and extension of unemployment benefits and how long they would last. They were also discussing reinstituting federal supplemental jobless payments, which provided $600 per week until they lapsed over the summer but would likely be revived at a smaller amount. With the inclusion of another round of stimulus checks, there was some discussion that leaders would also cut the duration of the enhanced jobless payments in order to keep the measure’s overall cost below $1 trillion.

U.K. Approves Pfizer Coronavirus Vaccine, a First in the West