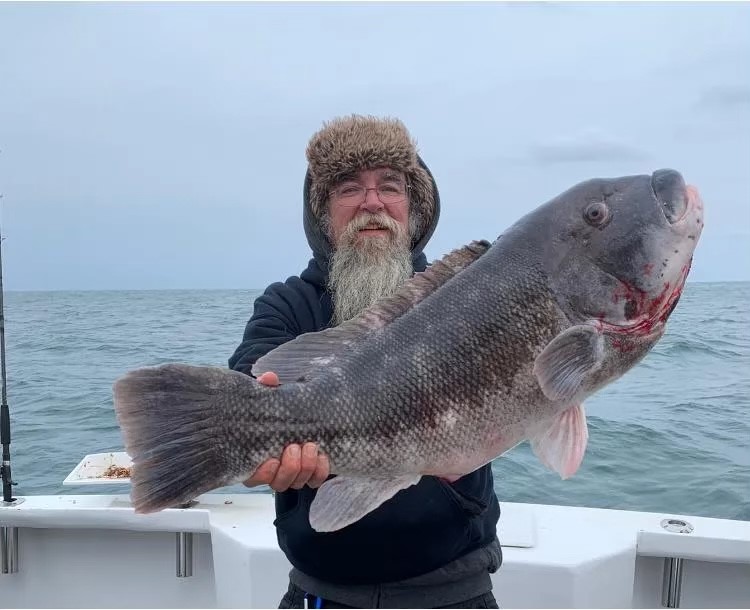 A man from Waretown reeled in a 25.8-pound tautog on Sunday, toppling the previous New Jersey state record, upon further review.

A man from Waretown, New Jersey will be the new tautog state record holder upon further review.

On Sunday, Chris Sullivan reeled in a 25.8-pound tautog that measured 32.5 inches, according to Capt. Tom Daffin of Fishin’ Fever Charters.

The gigantic tautog was caught in 100 feet of water at an offshore wreck roughly 20 miles southeast of Cape May, New Jersey.

“It took one minute for him to get one turn on the reel,” Daffin said. 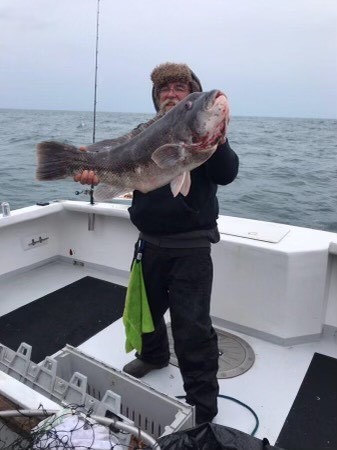 On a typical day, Daffin said it usually takes 1.5 hours to get to the wrecks that are 20 to 40 miles offshore.

“Anytime you’re fishing 100 to 150 feet of water, there is potential for a state record.”

The fishing had been tough as of late because of the recent storm that made the water dirty. Not to mention Daffin was having difficulty anchoring the boat because of the wind.

After trying several spots with varying degrees of success, Daffin motored back to a spot they had fished earlier in the day.

As the tide was dropping, Sullivan, who has 20 years of fishing experience, dropped down a white-legger crab into 51-degree water. “The guys thought he was snagged, but I said, ‘No, that’s a fish,’” Daffin said.

Following a 5-minute battle with the fish shaking its head over a snaggy wreck, Sullivan reeled the “tog” to the surface, and Daffin netted the fish.

At first glance, Daffin thought it was roughly 23 pounds. To get a more accurate weight, Daffin said he put the tautog on a spring scale. As the boat bounced, the scale teetered between 25.5 and 26 pounds.

Sullivan was using a two-hook tautog rig on a Century Pro Togger conventional rod paired with a Daiwa Saltiga reel.

The New Jersey Division of Fish & Wildlife will collect samples to determine the gender and age of the fish.

The current NJ state record tautog was reeled in by Frank LaMorte on Apr. 17, 2015 aboard Fishin’ Fever Sportfishing with Captain Tom Daffin and Captain Bob Cope. The fish was caught in Atlantic City and weighed 25-pounds and 5-ounces.

The world-record tautog was caught in 2015 out of Ocean City, Maryland by Ken Westerfeld of New York. The huge blackfish officially tipped the scales at 28 pounds, 8 ounces.

Article: How to Catch Tautog

Article: Where to Find Trophy Tautog

Video: Getting Started Jigging for Tautog

Why We Foul-Hook Striped Bass While Surf Fishing