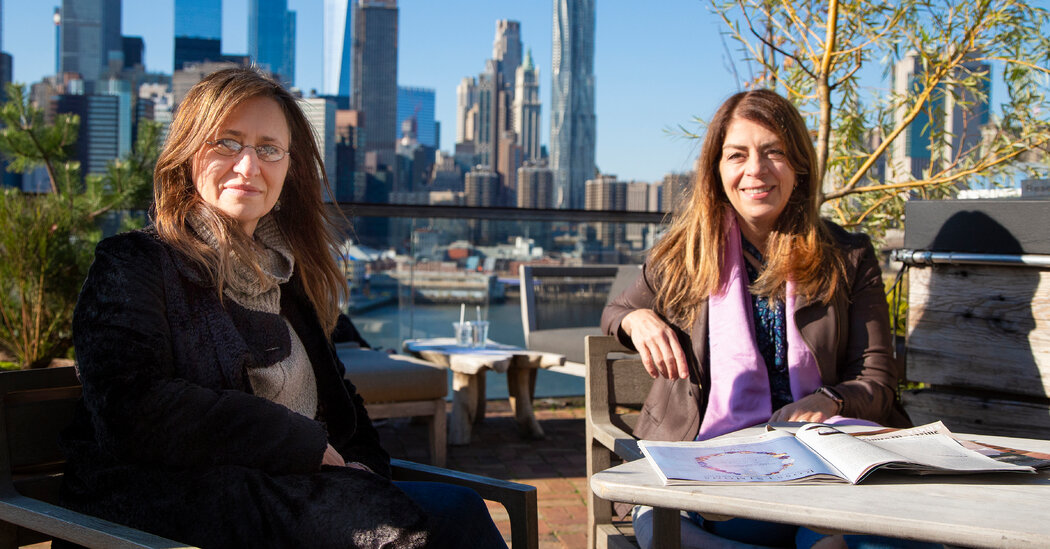 These days everybody wants a piece of the nonfiction game. HBO’s documentary heads, Nancy Abraham and Lisa Heller, talked about how they’re navigating the evolving landscape.

Lisa Heller, left, and Nancy Abraham took over HBO’s documentary department in 2018 amid seismic changes in how documentaries are made, distributed and watched.Credit…Giacomo Cavalca/HBO

With documentaries a central part of the national conversation, it’s easy to forget that not only were they once relatively hard to find but they also had a damning reputation as being good for you — the kiss of death in entertainment terms.

“HBO was doing documentaries that were not spinach,” said the Academy Award-winning director Alex Gibney, whose eight projects for the cable network date back to “Mea Maxima Culpa: Silence in the House of God” in 2012 and include the recent “Agents of Chaos,” about the hacking of the 2016 election. “They were exciting.”

And so was the person in charge: the flamboyant, larger-than-life Sheila Nevins, who had been with the network since 1979 and as head of the documentary unit, steered unscripted programming into must-see TV and water-cooler fodder. In early 2018, after Nevins left the network, Nancy Abraham and Lisa Heller, who already worked in the company’s documentary division, stepped into the role and now share the title of executive vice president of documentary and family programming for HBO.

Nevins depended on colleagues like Abraham and Heller “to deal on a day-to-day basis with the filmmakers,” Gibney said. “By elevating Lisa and Nancy, HBO elevated people who have longstanding relationships with filmmakers — they know how to work with them, which is hugely important.”

Just as crucial is knowing how to navigate a documentary landscape that has rapidly evolved in the past decade or so. Audiences’ appetite for nonfiction has grown as new funding sources like Kickstarter have emerged, and new formats, like podcasts. At the same time new and affordable technology has helped democratize the medium, and competition has exploded among deep-pocketed platforms hungry for documentary content. The biggest game-changer, Netflix, distributed two of the three most recent Oscar-winners for best documentary feature.

Abraham, 55, and Heller, 52, come across as low-key, pragmatic and methodical, which is a handy attitude when you oversee a department that was responsible for about 30 features and a half-dozen series last year — a relentless pace. Right now, HBO is in the middle of a block of five features, released weekly, centering on bad deeds: Still to come are “Baby God” (Dec. 2), about a fertility doctor who impregnated his unaware patients; “Alabama Snake” (Dec. 9), about a Pentecostal minister who attempted to murder his wife with a snake; and “The Art of Political Murder” (Dec. 16), about the killing of a Guatemalan activist.

Image Cathy Holm with her daughter Wendi, as seen in the documentary “Baby God,” by Hannah Olson. Wendi is the daughter of a fertility doctor who secretly impregnated his own patients.Credit…HBO

Abraham and Heller chatted in a recent video interview about the state of the genre, what they look for in documentaries and whether some of them are just too long. (Hint: Their answer fits their approach to a T.) These are edited excerpts from the conversation and a follow-up email.

We’re in the middle of a programming block centering on true crimes and transgressions. Is this part of a new strategy for HBO?

NANCY ABRAHAM We did have a grouping of crime films, or loosely connected by crime, last year as well. We don’t have a mandate to develop any specific content areas, but stories about crimes and their reverberations have always been part of the HBO documentary DNA. It’s a way to explore the complexity of human nature and the profound impact that crime and the criminal-justice system can have on individuals and society at large.

LISA HELLER I think the weekly crime block is a way of experimenting with whether or not audiences would want to come back every week to a different story. We’ll see if that’s a good way to do it — more typically we’ve had them spread out throughout the schedule. This is a way of signaling, “If this is your jam, we’re going to give you something new and different every week, and much deeper and broader stories than you might expect.”

How has Netflix changed the doc game? Is it any harder to get the stuff you want now that you’re competing with Hulu, Showtime, FX and others?

ABRAHAM: It’s great for the field that there are more outlets than ever that recognize the value and appeal of nonfiction; it’s created so many more opportunities for the documentary community. It also means we’re competing for people’s time and attention more than ever, but in many ways that fuels the work to be better.

What do you think makes a good documentary?

ABRAHAM It’s a question of being open to where the story takes you, and alert to the cues and the developments that are happening, being able to take advantage of those, and then be able to craft a narrative almost in retrospect, looking back at it. Often in the retelling or looking at archival footage, a new perspective will emerge, or something you didn’t expect. Sometimes it’s the aesthetic style that propels the form in new directions. We have a series coming up from the Duplass brothers, “The Lady and the Dale,” in which the directors Zackary Drucker and Nick Cammilleri use innovative animation that melds seamlessly with the subjects’ recollections.

HELLER The surprise is key: at something that changes the direction of your film, or at a story that is so much deeper and wider than you ever understood from some headlines. Even with historical looks, the best ones feel as though you are watching them unfold in real time. “Atlanta’s Missing and Murdered” is such a good example of that — just the ticktock of these things happening versus a vérité film that is literally unfolding in real time in front of the cameras the way “The Vow” [about the Nxivm cult] does.

“The Vow” had nine episodes, and there’s going to be another season next year. What do you think of the explosion of multi-parters?

ABRAHAM We had always done the occasional series, but I think it was after 2018 when we were really given the opportunity to expand into that subgenre.

HELLER It was a number of factors, including the confidence — or the good guess — that this content can engage in the same way drama does: over time. That was a great challenge to think about, and a great way to think about nonfiction sort of expanding over real estate in a way that keeps people coming back for more.

ABRAHAM When we go into a project, we don’t necessarily have an opinion of whether it should be a feature or a series. We need to understand what the story is collaboratively with the filmmaker.

A scene from HBO’s popular docu-series about the Nxivm cult, “The Vow,” directed by Jehane Noujaim and Karim Amer. A second season is planned for 2021.Credit…HBO

What do you think of the grumblings that some series feel padded?

ABRAHAM There can be instances where something is stretched out too far for some people’s taste. We’re trying to be mindful of that. For our purposes, longer isn’t better.

HELLER It’s the separation between what the audience might want and what we would be obsessed about forever if left to our own devices. We try to gauge where the story is going and let that drive it as much as possible.

What makes you trust that a director can translate a good pitch into a good movie?

HELLER One telltale sign of a successful documentary filmmaker is if they’re far down the rabbit hole on something — they’re clearly obsessional about telling the story and getting deeper. [James Lee Hernandez and Brian Lazarte], of “McMillions,” were so far down. [Laughs.] I think they had put in a FOIA [Freedom of Information Act] request maybe three to five years before we even met them.

ABRAHAM Another example is Muta’Ali Muhammad, who directed “Yusuf Hawkins: Storm Over Brooklyn,” about the Yusuf Hawkins murder back in 1989. He’d spent years gaining the trust of the family in that case.

HELLER There’s also nothing better than when a filmmaker stumbles on a treasure trove of archive they didn’t know was there. It’s the most delicious thing in the process of production that can happen to a documentary.

Is that more delicious than when a suspect blurts something self-incriminating on camera, as happened in “The Jinx”?

ABRAHAM It’s all delicious — it’s part of the meal. [Laughs.]

The true-crime writer Michelle McNamara, as seen in the Liz Garbus docu-series “I’ll Be Gone in the Dark.” Credit…Robyn Von Swank/HBO

Can you give me an example of a film that succeeded in balancing a complicated, maybe morally ambiguous case with engaging storytelling?

HELLER Liz Garbus and her team on “I’ll Be Gone in the Dark” were able to fold in many different threads without compromising the content or the pulse of the show. Same with “Atlanta’s Missing and Murdered” — the story was fortified by all the voices without getting so far in that you were lost in the woods. We try not to be too reductive. If it feels too simple or too pat, it’s probably not a match for us.

That show neatly illustrates how many of your docs take the micro to get to the macro — you don’t really do big surveys à la Ken Burns. Is that a conscious decision?

HELLER We’re interested in going small and looking wide. We look to find a single story that’s often myopic in a way, and which illuminates a larger social issue or a more universal theme. We’re not going to just look for a survey of a given topic — which can be very interesting, but there are other homes for that.

Have you been getting proposals about Covid-19?

HELLER Oh yeah. March 13, we got, I think, about five. There was a real compulsion to try to document what was unfolding.

ABRAHAM We have a number of things in the works.

Beneath a Full Moon, a Healing Ritual