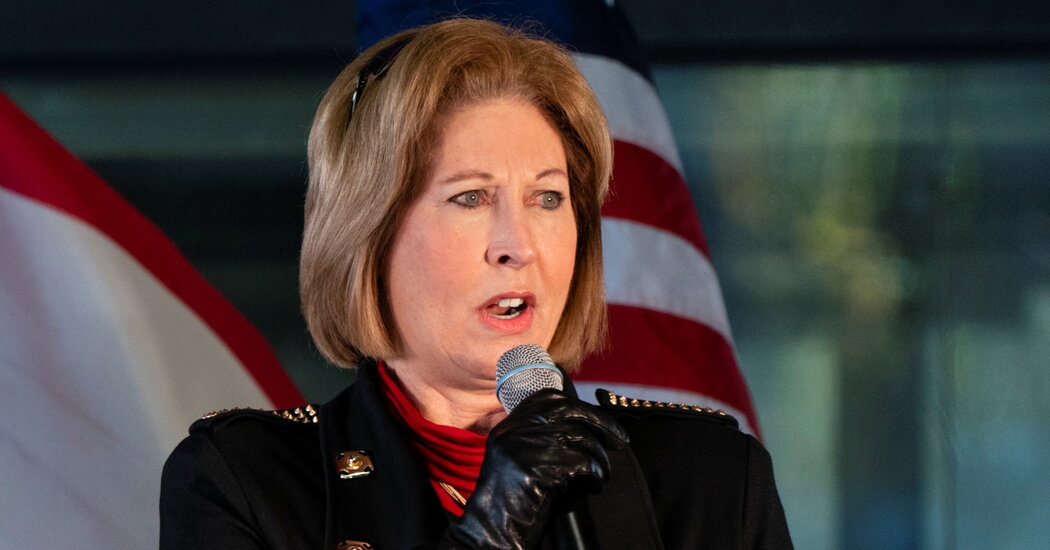 Dominion Voting Systems sent a blistering letter on Wednesday night to the right-wing lawyer Sidney Powell, demanding that she publicly retract her “wild, knowingly baseless and false accusations” about the company’s voting machines, which have repeatedly found themselves at the heart of conspiracy theories surrounding the election.

The letter, a preparatory step to formal legal action, accused Ms. Powell of engaging in “reckless disinformation” about Dominion’s machines at news conferences, rallies in support of President Trump and on conservative media outlets like Fox News, Newsmax and Rush Limbaugh’s radio show.

Ms. Powell has also filed unsuccessful federal lawsuits seeking to overturn the election in four key swing states, lodging claims that were “predicated on lies,” the letter says, and that have “endangered Dominion’s business and the lives of its employees.”

In the wake of Ms. Powell’s allegations, Dominion has come under fire from the president and his supporters, who have maintained without evidence that the company’s machines switched votes from Mr. Trump to President-elect Joseph R. Biden Jr. On Monday, John Poulos, Dominion’s chief executive, told Michigan lawmakers investigating the election that the company had been the victim of “a dangerous and reckless disinformation campaign aimed at sowing doubt and confusion.”

In its letter, Dominion demanded that Ms. Powell publicly disavow several false claims she has repeated in the past few weeks. She has maintained, for instance, that Dominion machines and their software were created in Venezuela to help the country’s now-deceased former president, Hugo Chavez, win elections. But Dominion insists that it has no connection to Venezuela, to Mr. Chavez or for that matter, as the letter notes, to “Big Foot or the Loch Ness monster.”

Dominion also demanded that Ms. Powell retract false statements she has made suggesting that the company paid kickbacks to officials in Georgia for “no-bid contracts” to use its machines and that it manipulated votes in “an effort to rig the 2020 election.”

Ms. Powell did not immediately respond to requests for comment about Dominion’s letter.

Not long after the election, the president embraced Ms. Powell, a former federal prosecutor who had represented his onetime national security adviser Michael T. Flynn in a criminal case stemming from the Russia investigation. But after she appeared with Rudolph W. Giuliani, who led Mr. Trump’s postelection legal campaign, at a bizarre news conference where she spouted unproven conspiracies about Dominion, Mr. Trump distanced himself from her and she was left to file lawsuits on her own.

All of the suits were dismissed by federal judges. One said Ms. Powell’s claims were based on “nothing but speculation and conjecture,” another that the “expert reports” she submitted reached “implausible conclusions.” In one case in Michigan, lawyers for the City of Detroit have served her with papers that are the first step toward asking a judge to formally sanction her.

People Thought Covid-19 Was Relatively Harmless for Younger Adults. They Were Wrong.

Eric Carle, Author of ‘The Very Hungry Caterpillar,’ Dies at 91