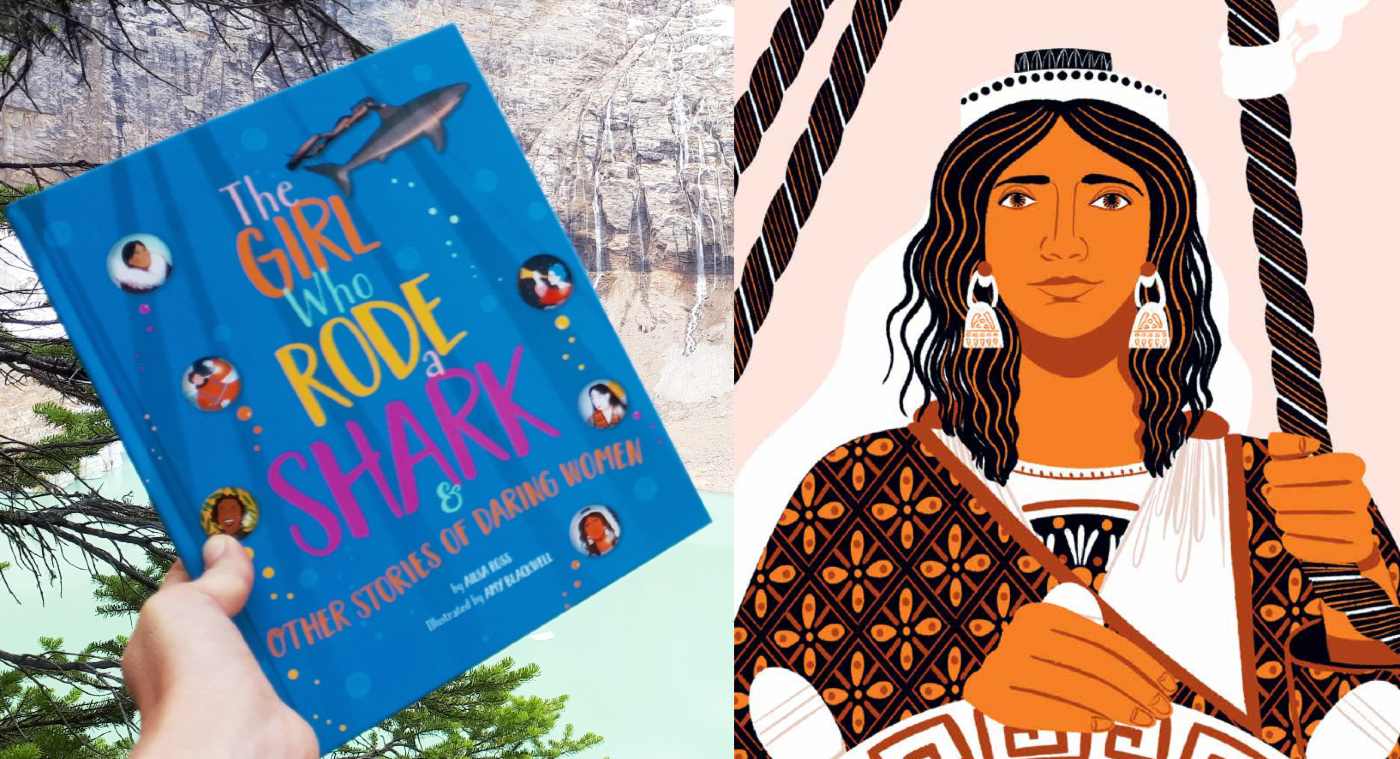 When I was a kid, in truth I was a bit of a scaredy cat. The ‘adventurer’ in my family has always been my big brother. He’s the one who’s a search and rescue pilot. He’s the one who’s climbed the tallest mountain in the Swiss Alps, in a snowstorm—for fun.⠀
⠀
Still, I’m always trying to shake up the scaredy cat inside me. And I’ve always known how important it is for girls to feel brave as they grow up.

Girls not feeling confident in themselves is common. In the high school years especially, according to Girl Scouts developmental psychologist Dr Andrea Bastiani Archibald, “girls, at large, experience so much hesitancy and a normative drop in confidence.”

One way to counteract that dip in confidence? By encouraging a sense of adventure in girls before they’re teenagers.

Such adventures don’t have to be big. Research from Anglia Ruskin University shows that even just going for a walk outside leaves people feeling more confident and better about their bodies. After all, nature doesn’t care about how we look. It doesn’t care who our friends are or the grades we got. It’s a place where we can really be ourselves.

That’s why I teamed up with the award-winning illustrator Amy Blackwell to create a middle grade book dedicated to real-life women adventurers from around the world, from 2,000 years ago to today.

The Girl Who Rode a Shark: And Other Stories of Daring Women

A USBBY Outstanding International Book 2020 and a CBC kids’ book pick, The Girl Who Rode a Shark: And Other Stories of Daring Women has been receiving star reviews in lots of places. Even more exciting, kids have been dressing as women from the book.

Through bright illustrations that combine portraits and hand-drawn maps, I’m so glad readers can now trace the ocean-soaring flights of pilot Amelia Earhart, follow Isabella Bird’s expedition up the Yangtze River, and meet Kimi Werner—the freediving chef who hitched a ride on the dorsal fin of a great white shark. I hope these stories help so many kids feel bold, and daring, and excited by the world.

As for me? I live in the Canadian Rockies these days, and while I still feel a little nervous before an adventure up a big mountain, or across a frozen river, I feel a lot bolder than I did as a kid.

Ailsa Ross sledding with dogs in the Yukon

It helps that I now have a lot of role models to help me feel daring. Here’s one of my favorite stories from The Girl Who Rode a Shark. Please meet Jade Hameister.

The polar explorer who hit back at bullies from the South Pole.

Jade Hamster, Illustration by Amy Blackwell for The Girl Who Rode a Shark

Jade Hameister lives in Australia. Her birth country is famous for beaches, kangaroos and koalas. It’s not so famous for snow. Yet when Jade was 12 years old, she decided to become a skier. In fact, she wanted to ski at the North Pole.

To ski in the Arctic requires lots of training, but Jade didn’t have anywhere to practise her technique. Still, she could build her strength and endurance at the gym. She also went to the local beach and ran with giant tyres attached to her waist. In this way, she mimicked the weight of pulling a heavy sled across ice. By the age of 14, Jade was ready for her adventure.

The world’s far north is not a blank canvas of soft snow. At the North Pole, Jade had to navigate ice rubble. She faced looming walls of snow blasted by furious winds. Between drifting fields of ice, there were rivers of freezing water to cross. Jade and her team used their sleds to build makeshift bridges over the water.

Every part of Jade’s body felt frozen and sore, but she never thought of giving up. She just felt lucky to be in this fragile yet beautiful part of the planet.In April 2016, after skiing 62 miles, Jade made history. She became the youngest person in history to ski to the North Pole by this route. Thirteen months later, she broke another record. In June 2017, Jade became the youngest woman to complete the 342-mile crossing over the Greenland icecap.

Jade gave a talk about her skiing adventures. On stage in Melbourne, she said that every human body is astonishing. It doesn’t matter what it looks like in selfies. What matters is who we are. The whole audience cheered.

But when the video was posted on YouTube, some male commenters wrote mean comments like, “Make me a sandwich.” This is a catchphrase used by internet bullies to try and make women feel small. It means, “Your achievements don’t matter. Your place is at home in the kitchen.”

RELATED: Student Who Grew Her Own Canoe Out of Mushroom Thinks Fungus is Our Best Ally in Climate Change

Jade’s next skiing adventure was to the South Pole. For more than a month, storms blew across the mountains of Antarctica. Jade and her team pushed on to the bottom of the world anyway. Finally, standing in her pink snowsuit under a bright sky, Jade had her photo taken.

She was holding a plate with a sandwich on it. It was for her internet bullies. Jade posted the picture online. She captioned it, “I made you a sandwich (ham & cheese). Now ski 37 days and 600km to the South Pole and you can eat it.”

Feel anxious? Here are some ways to calm down

‘Like a Beautifully-tuned Instrument’: 2000 Microphones Unlock the Mystery of Why Hummingbirds Hum