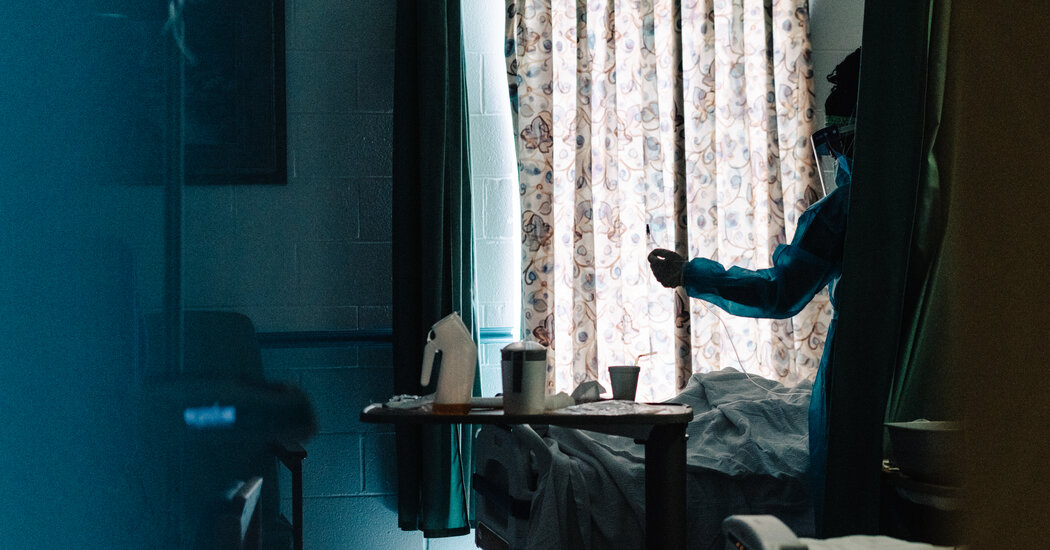 Image Administering remdesivir to a patient in a Covid-19 ward in Texas this summer.Credit…Christopher Lee for The New York Times

The United States reached a milestone, of sorts, when last week the Food and Drug Administration approved the first treatment for Covid-19: Veklury, better known by its scientific name, remdesivir.

But the F.D.A.’s decision to grant the drug full approval — which means its manufacturer, Gilead Sciences, can begin marketing it broadly to doctors and patients — has puzzled several outside experts. They say that it may not deserve the agency’s stamp of approval because it is, at best, a mediocre treatment for the disease caused by the coronavirus.

One large, government-run trial found that the drug shortens patients’ recovery times, but the two other studies the F.D.A. used to justify its approval — sponsored by Gilead — did not compare the treatments with a placebo, the gold standard for evaluating a drug. No studies have shown that it significantly lowers death rates. And a large study sponsored by the World Health Organization found that remdesivir provided no benefit to hospitalized patients.

Experts have also questioned whether Gilead deserves to pocket potential billions from the drug when the government has played a significant role in its development. On Wednesday, the company said that remdesivir, which has been authorized for emergency use since the spring, had brought in $873 million in revenue so far this year.

“The F.D.A. doesn’t exist to give monetary prizes to drug companies,” said Dr. Peter B. Bach, the director of the Center for Health Policy and Outcomes at Memorial Sloan Kettering Cancer Center. “The F.D.A. exists to help inform doctors as to what drugs they should give patients in front of them today.”