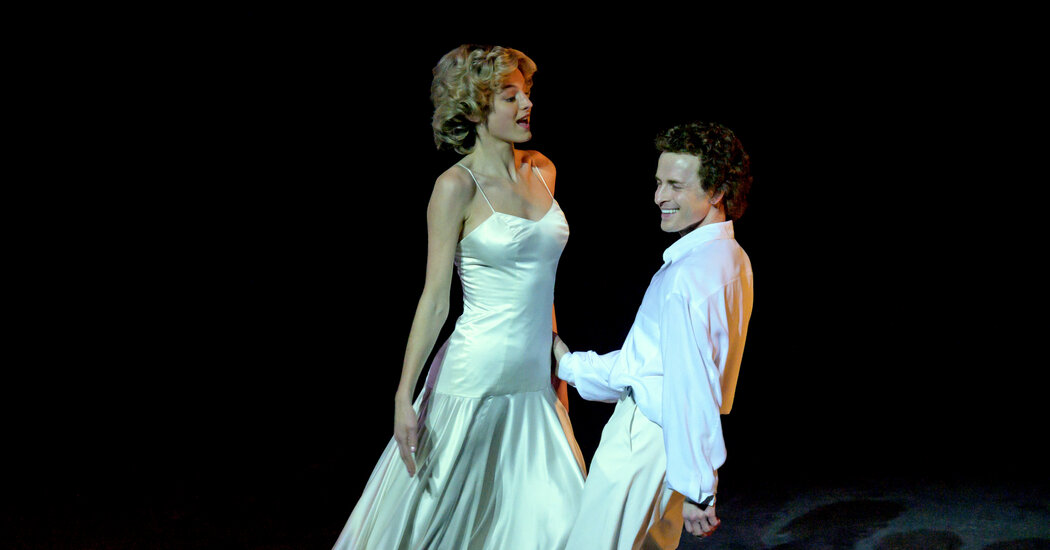 Season 4 of the Netflix show takes viewers into a new decade, with a musical soundtrack to match, including artists like Stevie Nicks, Elton John and David Bowie.

LONDON — The fourth season of “The Crown” enters a new cultural era: the 1980s. As the plot moves into the Margaret Thatcher years, and a younger generation of royals — including Prince Charles and Diana, Princess of Wales — comes to the forefront of the show, the creator Peter Morgan was eager to take the soundtrack in a new direction, too: pop music from the period. “Naturally, I was over the moon about it,” Sarah Bridge, the music supervisor on the third and fourth seasons, said in a telephone interview. “Stepping into the ’80s was a really exciting time. What an incredible decade of music to choose from.”

After reading the scripts, Bridge started making playlists that reflected the era. The result is a season that juxtaposes an orchestra performance at Royal Albert Hall with Ultravox’s “Vienna” playing from a digital clock radio; the crackle of a vinyl record with the Specials blaring in a packed London pub. Bridge explained the thinking behind some of the season’s most notable musical moments.

Image “It’s the happiest we see her in the whole season,” said Sarah Bridge of Diana dancing to Stevie Nicks in the third episode.Credit…Netflix

In the third episode, Diana Spencer (Emma Corrin) and her friends go out in London to celebrate her engagement to Prince Charles (Josh O’Connor). As they squeal in delight and dance under neon pink lights, Stevie Nicks’s 1981 song “Edge of Seventeen” plays. Diana was only 19 when she and Charles got engaged, and in this sequence, she is exhilarated, but also seems impossibly young and naïve. “Edge of Seventeen” was chosen long before filming started. Bridge felt the song captured the “natural, euphoric happiness” Diana feels in this moment: “It’s the happiest we see her in the whole season.”

Bridge describes herself as a “big Stevie Nicks fan,” and said she was delighted when Nicks not only agreed to have the song in the episode, but also allowed the production to use the isolated vocal track over the closing credits.

After Diana moves into Buckingham Palace, the exciting fantasy of becoming a princess begins to fade. Her fiancé is away on a royal tour, the rules of how to behave around her new family are frustratingly complex, and it soon becomes clear there will be no chummy TV dinners with the queen. Realizing her life as a member of the royal family might be duller and lonelier than she first imagined, Diana roller skates over plush carpets listening to “Girls on Film” by Duran Duran on her Sony Walkman.

“My first port of call was to do some research into her musical taste,” Bridge said. When she found that Diana had described Duran Duran as her favorite band, she felt that the roller-skating scene was the perfect accompaniment: “We see Diana’s adventurous spirit captured alongside her being incredibly constrained in the palace. Generally, throughout those episodes, the music is used as a comforting escape for her from the realities of what she was living through.”

Diana’s dance to “Song for Guy” is an emotional catharsis.Credit…Netflix

Later in the episode, Diana dances wildly in a state room as Elton John’s “Song for Guy” plays, eventually bleeding into the original score.

“It’s a point in the episode where we see Diana increasingly feeling more and more alone and lost,” Bridge said. “It’s a real bittersweet moment of both sadness but also empowerment: We can see the strength Diana held within her breaking through. That piece of music really captured all of the emotional energy and the movement within Emma Corrin’s incredible performance.”

John and Diana were friends in real life. At her 1997 funeral in Westminster Abbey, the singer performed a rewritten version of the song “Candle in the Wind,” which was originally about Marilyn Monroe.

The home of Michael Fagan (Tom Brooke) is nothing like the royal palaces.Credit…Netflix

The fifth episode of the season follows Michael Fagan, the man who infamously broke into the queen’s bedroom at Buckingham Palace in 1982. The show delves into Fagan’s back story, his struggle to find work in a time of soaring unemployment in Britain, and the breakdown of his relationship with his wife. The episode opens as Michael listens to the radio in his small apartment in a public housing development in North London, and the recognizable opening chords of “Boys Don’t Cry” play.

“This episode, on a musical level, felt like quite a stand alone piece — it was a real change and shift in the tonal landscape,” Bridge said. Stepping away from the glamour of the palaces and estates of the royal family, the character of Fagan functions as a “representation of a disillusioned Britain at the time.” For Bridge, “Boys Don’t Cry” captured “the energy and character of Fagan, and felt like the perfect opening to the episode, in terms the spirit and the tone of the song.”

Episode 7 begins with Princess Margaret (Helena Bonham Carter) and her friend Dazzle Jennings (Tom Burke) arriving back at the palace, dressed in their finery, drinking champagne, to dance and giggle along to David Bowie’s 1983 song “Let’s Dance.” “It’s a side to Margaret we so rarely see — she’s completely relaxed and alive and mischievous,” Bridge said. “It’s just a really fun scene.”

“‘Let’s Dance’ actually wasn’t cleared in advance, but we had a couple of options on set,” Bridge said. The eventual choice, she added, “was purely down to Helena Bonham Carter and Tom Burke coming to life and really having some fun with it. Tom really goes for it.”

In one scene of Episode 8, there are London protests to apartheid in South Africa.Credit…Netflix

The eighth episode centers on the disagreement between the queen and Margaret Thatcher about imposing sanctions on South Africa to oppose apartheid. Though much of the episode takes place in the Bahamas at the Commonwealth Heads of Government Meeting, some scenes are in London, including one in which we glimpse a group of protesters dancing in front of signs reading “Free South Africa” and “No to Apartheid.” Linton Kwesi Johnson’s “Fite Dem Back,” which was released in 1979 and urges listeners to fight back against violent racists, plays in the background.

“Linton Kwesi Johnson moved to England from Jamaica in the early ’60s and was renowned for blending reggae with political and social commentary,” Bridge said. “We wanted to feature someone that was U.K.-based and was really active in terms of using his voice and his poetry to speak about the struggle that was happening.”

“We ended the episode with his song ‘Inglan is a Bitch’ as well, which was a more political direct attack on Thatcher,” she continued. “Thatcher is pretty much the most condemned politician in British music, so there was a lot to choose from. Ending the fifth episode with ‘Stand Down Margaret’ by The Beat was brilliant, too.”

In the penultimate episode of the series, Diana surprises Charles on his 37th birthday by leaving their box at the Royal Opera House to get onstage with the British ballet dancer Wayne Sleep for a rousing, high-kicking performance to Billy Joel’s “Uptown Girl.” Viewers unfamiliar with the story might be shocked to learn that this is not an indulgent piece of fictionalization — the dance did, in fact, happen.

“It was such a fun re-enactment. We wanted to be faithful to the moment — there’s no footage of the original performance, but there’s lots of still imagery,” Bridge said. “It’s quite an iconic moment in terms of Diana’s royal journey. Billy Joel has been in touch, I believe, with Netflix to ask if he can use the scene on his socials — he’s so over the moon about it! It was a great atmosphere on set — pretty raucous.”

Diana and her sons, William and Harry, sing along to “Crazy Little Thing Called Love” in the car.Credit…Netflix

As the episode comes to a close, we see Diana and her young sons in the car, the three of them singing along to Queen’s “Crazy Little Thing Called Love” from 1979. It calls back to a moment earlier in the season — a younger, more innocent Diana singing in the car to Diana Ross’s “Upside Down” post-proposal — and emphasizes how, in some ways, Diana was an ordinary, loving mother.

“This was another scripted moment from Peter Morgan. It was such a heartwarming moment — seeing her with the boys, as a fun, wonderful mother,” Bridge said. “It’s a song with a great chorus and a great little hook. It juxtaposes what was really happening in her life and within her relationship at the time and her protecting the boys from that.”

A New Line Inspired by Dancehall and Handicraft