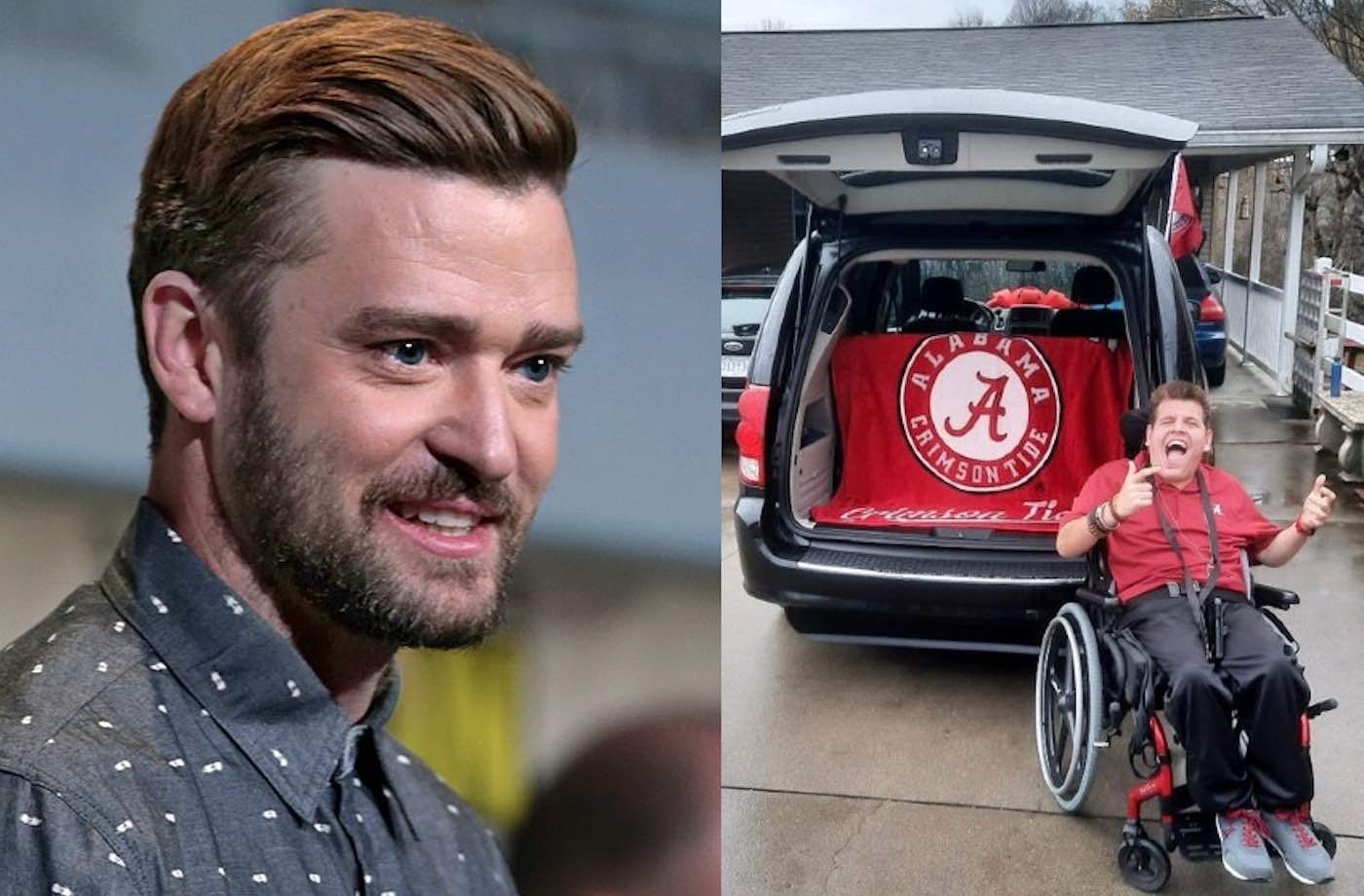 Chances are, when the Stitt family was raising money to buy a wheel-chair-accessible van to give their 17-year-old son who has cerebral palsy a better quality of life, they weren’t wishing on a star—but that didn’t stop music legend Justin Timberlake from stepping in and making their dream come true.

When fellow Tennesseean Timberlake learned of the Stitts’ crowdfunding campaign, he didn’t just hop on the bandwagon, he decided to pay for Jake’s custom-built van and arranged to have it delivered to the family.

“He caught the story and was just very touched… and he wanted to reach out,” Tim Stitt told news channel WJHL. “It was just a blessing to be able to speak to that gentleman and for him to be able to meet Jake and see what he needed.”

Timberlake broke the news to Jake during a Zoom call. Then, on the Wednesday before Thanksgiving, a parade made its way to the Stitts’ house, heralding the van’s arrival.

The entire family, including Jake, was ecstatic. Almost as priceless as the van itself is the independence it can afford Jake and his caregivers in Morristown.

While the Stitts had already raised a substantial sum toward the purchase of the van, Timberlake’s gift made it possible for that money to be used for Jake’s future care and expenses.

MORE: Shaq Pulls Over to Help Florida Woman After Her Car Crashed

“God’s always provided for us and we keep our faith and we’re thankful every day,” Tim Stitt said. “It is a true meaning to thanksgiving and all that’s happened… It’s a blessing to our family to make us be able to have peace and relax more and not have to have worries is amazing. It’s very humbling.”

(WATCH Jake’s story in the WKHL video below.)

SHARE the Generosity and Pass on This Article to Pals…