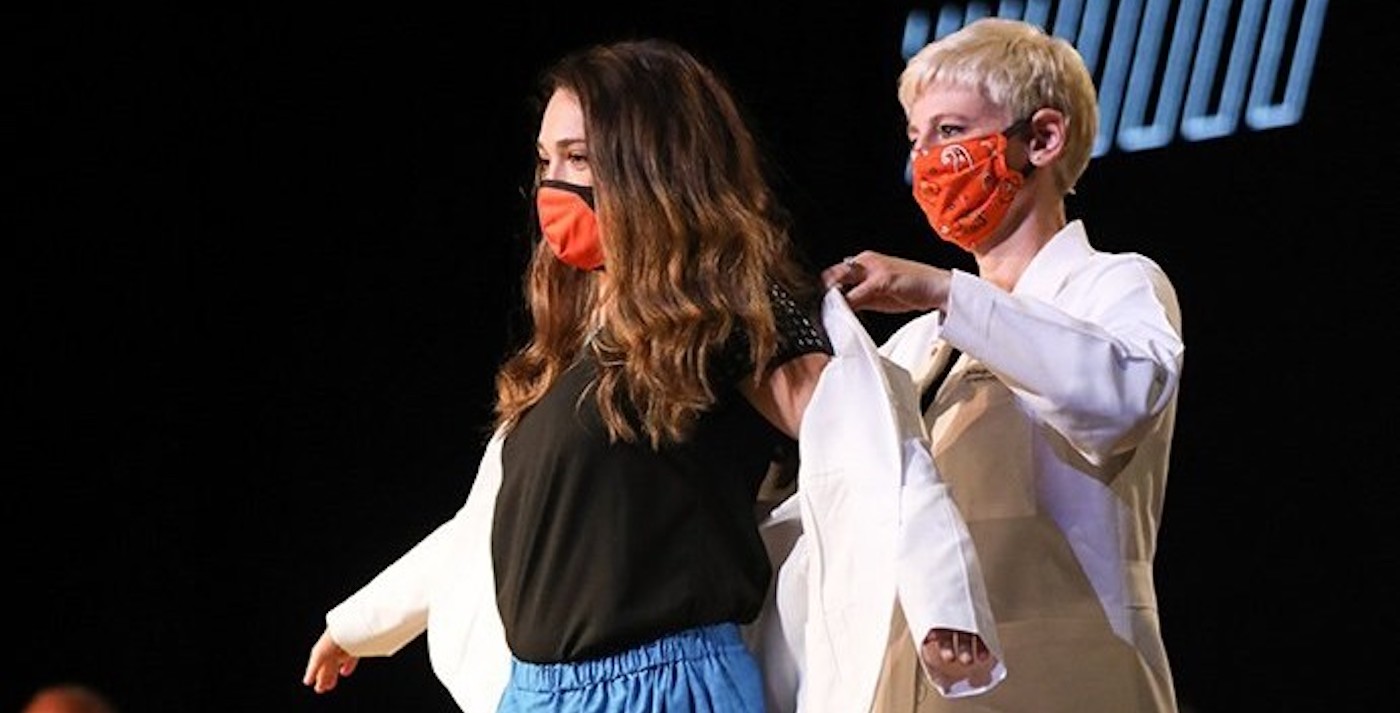 Oklahoma State University College of Osteopathic Medicine at the Cherokee Nation (COMCN) is the first tribally associated medical school in the  country, and they just had their inaugural class after opening this fall.

Bill John Baker, the former principal Chief of the Cherokee Nation, is widely credited with spurring the project as far as it has come, which even included the decision to sell the Nation’s private jet to help begin the new investment in a Cherokee Nation medical system, which first drew the attention of Oklahoma State University (OSU) to the idea of opening a medical school on reservation land.

“After we were removed from tribal lands and there were no teachers, we invested our treasury into teachers,” said Bill John Baker, according to MedScape. “This is a natural progression. Just as our ancestors grew their own teachers 150 years ago, we want to grow our own doctors.”

Indeed less than half of 1% of physicians in the country are eligible for tribal citizenship, but before growing their own doctors, Bill John Baker refurbished rural Nation clinics and financed the largest tribally owned outpatient facility in the country; a stunning four-story, 469,000-square-foot piece of architecture at W.W. Hastings Hospital campus, offering optometry, audiology, physical rehabilitation, dental, behavioral health, radiology, lab, and pharmacy services.

“The Cherokee Nation is excited to open this beautiful new facility that allows us to serve more of our citizens, and offer more services than they ever had before,” Principal Chief Chuck Hoskin Jr. said in October at the grand opening.

“This facility is a real game changer that will improve our overall health system and is a huge investment in our local economy. It is a blessing for me to see former Chief Bill John Baker’s vision come to fruition because of what it means for our citizens.”

Bill John Baker was still the Principal Chief when OSU approached the Nation with the idea of opening a medical school.

Rendering of the medical school, OSU Center for Health Sciences

They jumped at the opportunity to have a medical school at home rather than sending their kids off to Harvard or Stanford.

The Cherokee Nation general fund paid $40 million for the 84,000-square-foot facility, the construction of which, while being delayed to spring 2021 by the pandemic, is nearing completion. Like the outpatient facility, the building is striking to look at, and will marry modern medicine with traditional healing practices in both service and decor.

Interior art and decoration will be provided by Cherokee artisans, and the landscaping for the building will be exclusively medicinal plants used by Cherokee medicine men and women for generations such as yarrow, blue indigo, rattlesnake master, coneflower, and elderberry.

RELATED: Island on California Coast is Returned to Indigenous Tribe in Unprecedented Restoration of Land Rights

While the school sits on Cherokee land, the agreement to create it was supported by four other tribal nations: the Choctaw, Chickasaw, Muscogee (Creek), and Seminole. All five tribes are providing funds for scholarships and clinical rotation sites within their tribal clinic systems.

Being a state school, COMCN isn’t beholden to train Cherokee or Chickasaw physicians, however 22% of the inaugural school identify as Native American, whether Cherokee or otherwise.

In an effort to keep them connected with their communities and their heritage, COMCN is preparing residency programs in Nation clinics and volunteer programs to be able to work and study traditional healing medicine and its benefits.

“We’re hoping an unwritten curriculum will emerge from the healing practices of the Cherokee people,” Natasha Bray, the school’s associate dean for academic affairs, told Medscape.

MORE: Huge Indigenous Solar Farm Opens in Remote Northern Community: ‘We work with the sun for the children of the future’

The success of these new Cherokee medical facilities involves marrying the future with a rich cultural past, and could go a long way to improving the lives of rural Oklahomites, Cherokee, Choctaw, or Chickasaw alike.

SHARE the Good News From Oklahoma on Social Media…