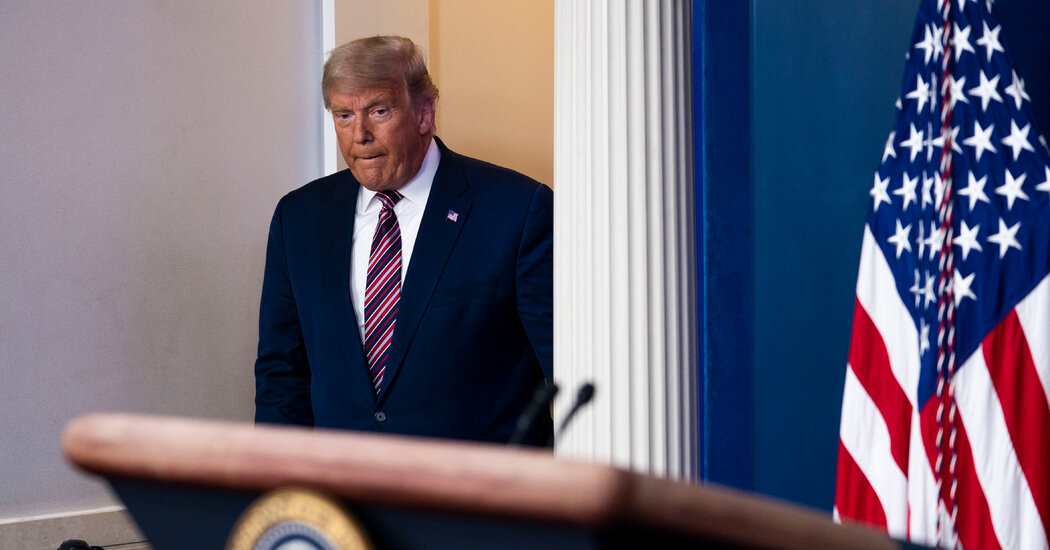 Continue reading the main story The Trump administration is said to have turned down an offer from Pfizer to purchase additional doses of its vaccine. Credit…Doug Mills/The New York Times

Before Pfizer’s coronavirus vaccine was proved highly successful in clinical trials last month, the company offered the Trump administration the chance to lock in supplies beyond the 100 million doses the pharmaceutical maker agreed to sell the government as part of a $1.95 billion deal months ago.

But the administration, according to people familiar with the talks, never made the deal, a choice that now raises questions about whether the United States allowed other countries to take its place in line.

As the administration scrambles to try to purchase more doses of the vaccine, President Trump plans on Tuesday to issue an executive order that proclaims that other nations will not get the U.S. supplies of its vaccine until Americans have been inoculated.

But the order appears to have no real teeth and does not expand the U.S. supply of doses, according to a description of the order on Monday by senior administration officials.

The vaccine being produced by Pfizer and its German partner, BioNTech, is a two-dose treatment, meaning that 100 million doses is enough to vaccinate only 50 million Americans. The vaccine is expected to receive authorization for emergency use in the U.S. as soon as this weekend, with another vaccine, developed by Moderna, also likely to be approved for emergency use soon.

Britain plans to begin a vaccination drive on Tuesday using the Pfizer-BioNTech vaccine, making it the first Western nation to start mass vaccinations.

On Nov. 11 — two days after Pfizer first announced early results indicating that its vaccine was more than 90 percent effective — the European Union announced that it had finalized a supply deal with Pfizer and BioNTech for 200 million doses, a deal they began negotiating in months earlier. Shipments could begin by the end of the year, and the contract includes an option for 100 million more doses.

Asked if the Trump administration had missed a crucial chance to snap up more doses for Americans, a spokeswoman for the Department of Health and Human Services said, “We are confident that we will have 100 million doses of Pfizer’s vaccine as agreed to in our contract, and beyond that, we have five other vaccine candidates.”

The government was in July given the option to request 100 million to 500 million additional doses. But despite repeated warnings from Pfizer officials that demand could vastly outstrip supply and amid urges to pre-order more doses, the Trump administration turned down the offer, according to several people familiar with the discussions.

In a statement, Pfizer said that “any additional doses beyond the 100 million are subject to a separate and mutually acceptable agreement,” and that “the company is not able to comment on any confidential discussions that may be taking place with the U.S. government.”

The bulk of the global supply of vaccines has already been claimed by wealthy countries like the United States, Canada, Britain and countries in Europe, leading to criticism that people in low- and middle-income countries will be left behind. The United States has declined to participate in a global initiative, called Covax, that is meant to make a vaccine available globally.

The decision to issue the executive order was reported earlier by Fox News.

Anti-Vaccine Doctor Has Been Invited to Testify Before Senate Committee