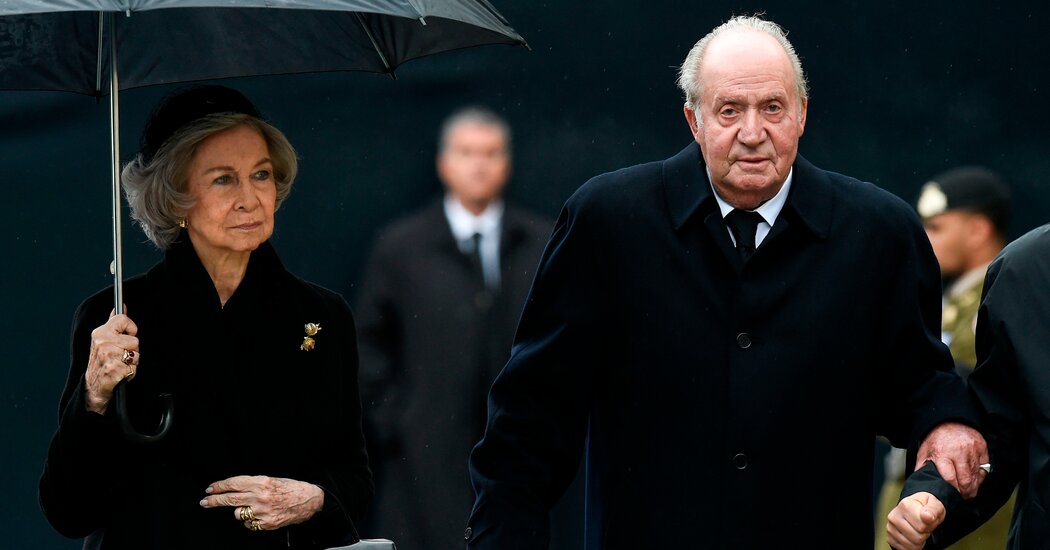 The former king of Spain paid about $820,000, his lawyer said. He did not say why, but the news came amid the latest investigation into possible financial wrongdoing by Juan Carlos.

MADRID — King Juan Carlos, Spain’s former monarch, has paid about $820,000 in back taxes, his lawyer said on Wednesday, amid an investigation by prosecutors into whether he and other members of the royal family used bank accounts in other people’s names to hide assets from the tax authorities

The king’s lawyer, Javier Sánchez-Junco Mans, did not say why or when Juan Carlos had made the payment. But the announcement came just a month after Spanish media revealed an investigation into possible tax evasion and money laundering based on the former king and his relatives using those bank accounts to pay their credit card charges.

The anticorruption prosecutor’s office has confirmed the existence of a new case involving the king, but has not elaborated. He was already the subject of another investigation by the same office.

The credit card payments took place after Juan Carlos abdicated in 2014, which could mean that he is not shielded by the immunity from prosecution he enjoyed as head of state. The extent of that immunity has become an issue in the previous corruption case, but it remains an unsettled question.

Last August, Juan Carlos, 82, abruptly left Spain for the United Arab Emirates, amid a series of investigations relating to his personal wealth. The former monarch has not been indicted, but prosecutors in both Switzerland and Spain have been probing a web of offshore foundations, secret bank accounts and business deals that also involve several people closely connected to the former monarch.

In a brief statement issued by his law firm, Mr. Sánchez-Junco said he had been instructed by his client to settle a tax bill of 678,393.72 euros, including interest charges, equivalent to about $820,000. “His Majesty King Juan Carlos remains, as he has always been, at the tax authority’s disposal for any procedure or action it considers necessary,” the lawyer said.

Juan Carlos gave up the throne in favor of his son, King Felipe VI, amid health problems and embarrassing revelations about his love life, personal finances and lavish lifestyle. But he has since continued to cast a long shadow over Spain’s monarchy as more scandals have surfaced.

Last March, King Felipe VI renounced his personal inheritance from his father, and also stripped his father of his stipend, after a Swiss prosecutor launched a money-laundering investigation focused on two separate offshore foundations.

One of the two foundations received $100 million from Saudi Arabia and the Swiss prosecutor has been trying to establish whether this money was somehow connected to the awarding of a contract that Spanish companies won to build a high-speed rail link between the Saudi cities of Medina and Mecca. After the Swiss investigation began, Spanish prosecutors launched their own probe.

Spain abolished its monarchy in 1931, and Juan Carlos was born into a royal family living in exile. But the dictator Francisco Franco restored the monarchy and designated Juan Carlos, a grandson of the last king, as his heir. Juan Carlos was crowned in 1975, days after Franco’s death.