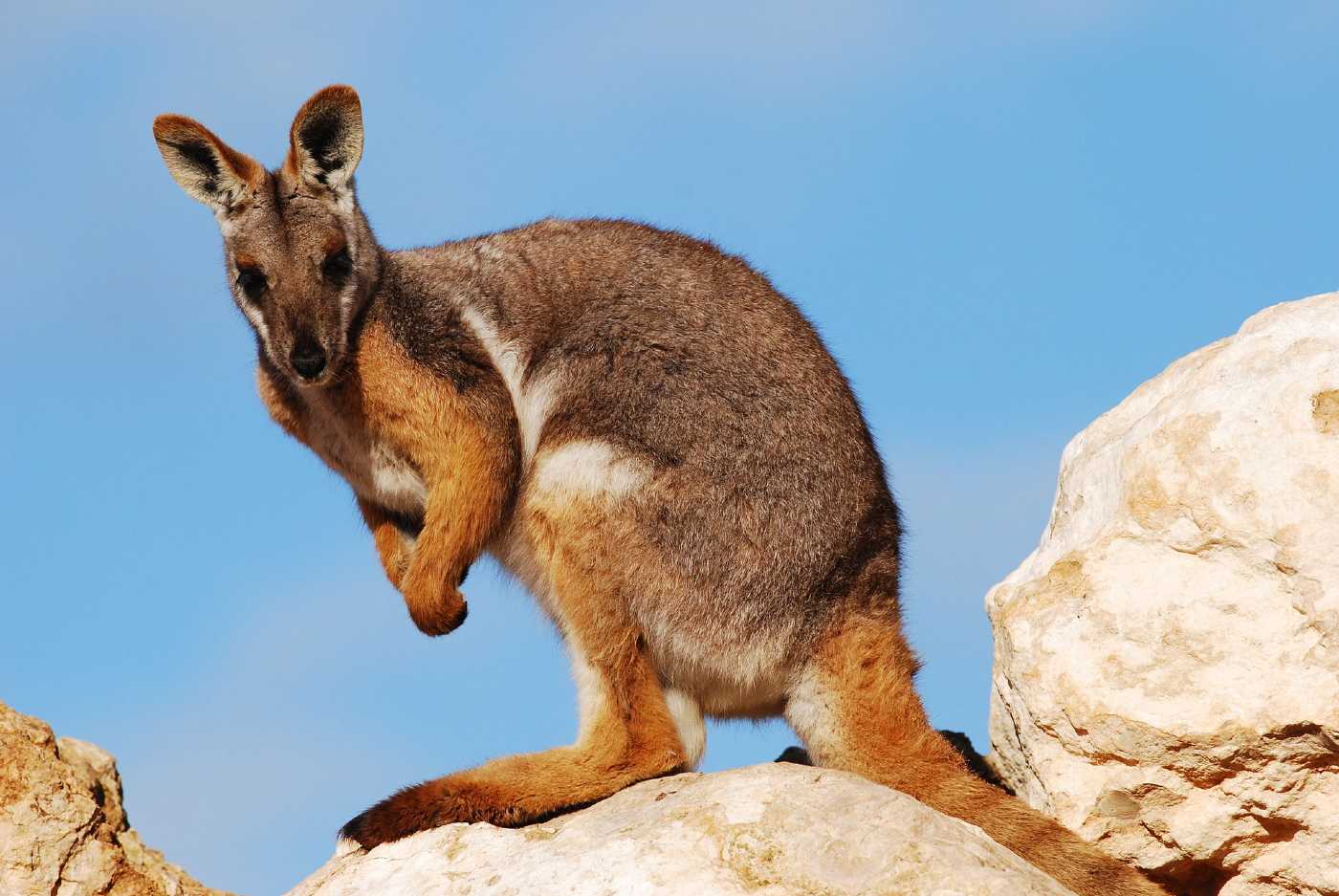 After years of decline, a critically endangered species of rock wallaby in Australia is finally growing in population following recent rainfall.

The beloved Wangarru, or yellow-footed rock wallaby as it’s commonly called, is found only in Mutawintji National Park and Nature Reserve in the Far West and outback-South Australia.

In New South Wales’ longest ariel population survey program, the NSW government has been keeping tabs on the Wangarru for 40 years. Recently, drought and invasive predators like foxes and cats have reduced their numbers from 150 to just 60 individuals.

“But rain from March caused the ground cover to grow back and the wallabies have started breeding again, and this latest count in July we recorded 75 wallabies,” says project officer, Sarah Bell.

Dr. Bell works for the Save Our Species conservation action program facilitated by the International Union for the Conservation of Nature, which works to save endangered species the world over.

“We were getting quite concerned, because 60 in one population is such a small number of animals to represent a species distribution in NSW,” noted Dr. Bell.

“If you put the population count on top of rainfall data, it’s really quite amazing how closely it corresponds.”

Leroy Johnson is a Barkindji Aboriginal man, and the Park Manager of Mutawintji. For him, the Wangarru is a special animal. The Mutawintji Aboriginal Land Council has it on their logo, and Johnson told ABC news Australia that his people “take it very seriously to look after not only those animals, but the habitat they live in.”

He and his staff put out feeding and watering stations throughout the park to help the animals through the dry period.

“If the numbers are good then the land and the country is healthy too… we take pride in the fact that they’re there.”

However attached the Barkindji are with the cute rock wallaby, another bad drought could easily wipe out the remaining population, so Dr. Bell is working with the Mutawintji Land Council on relocation projects to create subpopulations elsewhere in the state.

This tactic, used to help restore California condors for example, is quite common when there are few animals but ample territory where they can live.

MORE: Rescue Dog Helps Save Endangered Whales By Sniffing Out Their Poop as a Conservation Canine

Natural disasters, drought, or a new disease can all decimate a delicate population, and the more places in NSW that Dr. Bell and Leroy Johnson can create stable populations, the better the chance that the Mutawindji Land Council can have them on their logos for years to come.