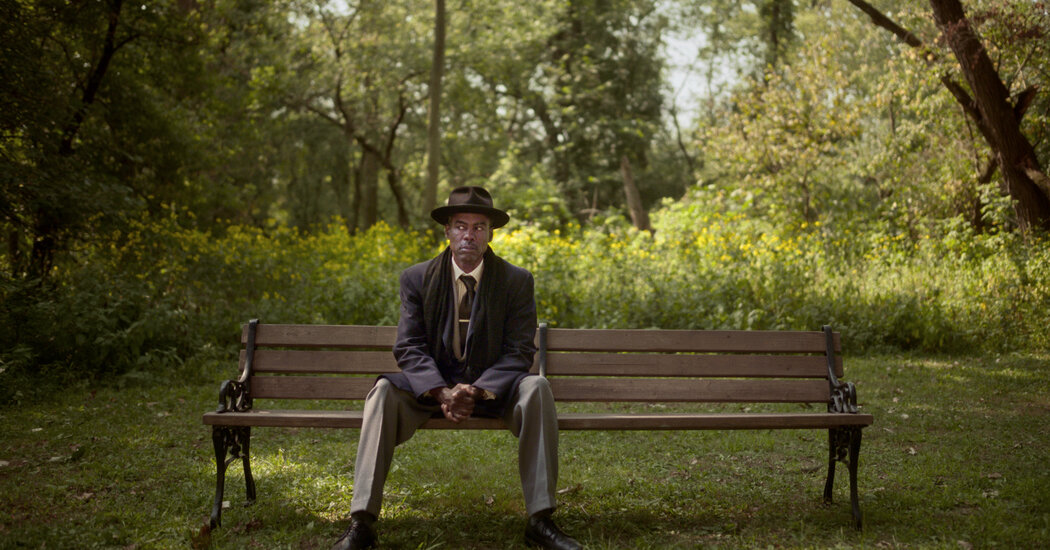 Ethelrida put the finishing touches on her “history report,” asking questions about who gets to tell histories about Americans whose pasts are segregated.

Loy (Chris Rock) came to terms with the reality of his situation. Unfortunately, it didn’t save him.Credit…FX

The Coen Brothers film “Fargo” ends, touchingly, with Marge Gunderson, the small-town police chief played by Frances McDormand, talking to a criminal sitting in the back of her squad car (Peter Stormare). She had never witnessed the kind of violence that he and other men have perpetuated, and the events have shaken her, even as her infallible instincts have led her to the right conclusions.

She inventories the five people dead over a failed kidnapping scheme. “And for what?” she asks. “For a little bit of money. There’s more to life than a little money, you know. Don’t you know that?”

The montage that opens the disappointing final episode of this season’s “Fargo” has Johnny Cash asking the same questions. (“What is man? What has he done?”) And we get a tribute to the dead, most of them men in fedoras, with the exception of Swanee Capps: Doctor Senator, Gaetano Fadda, Rabbi Milligan, Odis Weff and Deafy Wickware, just to name a few major players. The war between the Cannons and the Faddas has resulted in heavy losses on both sides, all over “a little bit of money,” and there are still more losses to come, including the second Fadda brother, a local politician, the hospital administrator and the naughty nurse, Oraetta Mayflower.

And for what? That’s a question we might be asking of “Fargo” this season, but not in the way its creator, Noah Hawley, probably intended. From the start, this season posited itself as a story about American immigration and prejudice, about the alternative paths entire ethnic groups have had to take in order to gain legitimacy and how even those paths are limited for Black citizens. Ethelrida Smutny lays out those themes explicitly in the narration that opens and closes the season, every bit the good student with her thesis and concluding paragraphs. And yet, the body of the essay has been a bit of a mess.

The missing element may be the lack of a Marge Gunderson, the sensible and relatable soul at the center of the chaos. There are some characters who might have qualified, like Ethelrida or Satchel or maybe even Milligan, but the action has been spread thinly across the ensemble, and a cartoonishness has ruled the day. Tonight’s episode was the shortest of the season — 39 minutes without commercials — and felt the most deeply impoverished, with all the loose ends tied up hastily and a bow stuck on by Ethelrida in the final moments.

Some of the plotting gets a little dodgy, too. Last week, Ethelrida gave Loy the pinkie ring that Oraetta lifted off Donatello Fadda, which relieved the Smutnys of their debt to the Cannons by providing Loy a much-needed trump card. A lot of this strains credulity: Unless Ethelrida is a truly omniscient narrator, she knows nothing about the Faddas’ business until her trip to the library, and even then she has an incomplete understanding of the situation. The fact that Oraetta kills patients as a matter of course makes it less outwardly likely, too, that she was in cahoots with Josto over his father’s death.

Nevertheless, it’s plain that Ebal Violante should have been in charge of the family business all along, no matter his excuse for seizing power. After Loy spent a season gaining leverage by setting the Fadda brothers against each other and seizing on their weaknesses, Violante simply exercises the overwhelming power at his disposal. The way he frames it, the Cannons are like a ma-and-pa operation competing against one of the big chains: The Faddas are in every city and have the resources to crush the little guy. Kansas City is just a small piece of the business. He sees reneging on his deal with Loy as an act of mercy. (“We are not taking half. We are leaving half.”)

So much of the reckoning in this episode feels obligatory when it ought to be powerful. Josto gets a more muted version of a Bernie Bernbaum death march when he and Oraetta are marched to pit for execution, though it’s funny, as a final act of perversity, for Oraetta to request watching him die before she takes her own bullet to the head. (We’ve been searching for motives for Oraetta all season, but the simplest explanation is that she was just a homicidal maniac.)

Loy’s death at Zelmare’s hands seems like an egregious loss, too, after the ups and downs of watching him lose his business and regain his son. At best, the moment reads like another piece of Satchel’s origin story, suggesting who he might become as an adult. (And the post-credits scene, starring Bokeem Woodbine as the Season 2 character Mike Milligan, confirms it.)

The season ends as Ethelrida puts the finishing touches on her “history report,” asking questions about who gets to tell histories about Americans whose pasts are segregated from one another’s. But maybe the truest lesson comes from the Coens’ brilliant “Burn After Reading,” which also ends as characters try to make sense of senseless violence. The question is, “What did we learn?”

The answer: “I guess we learned not to do it again.”