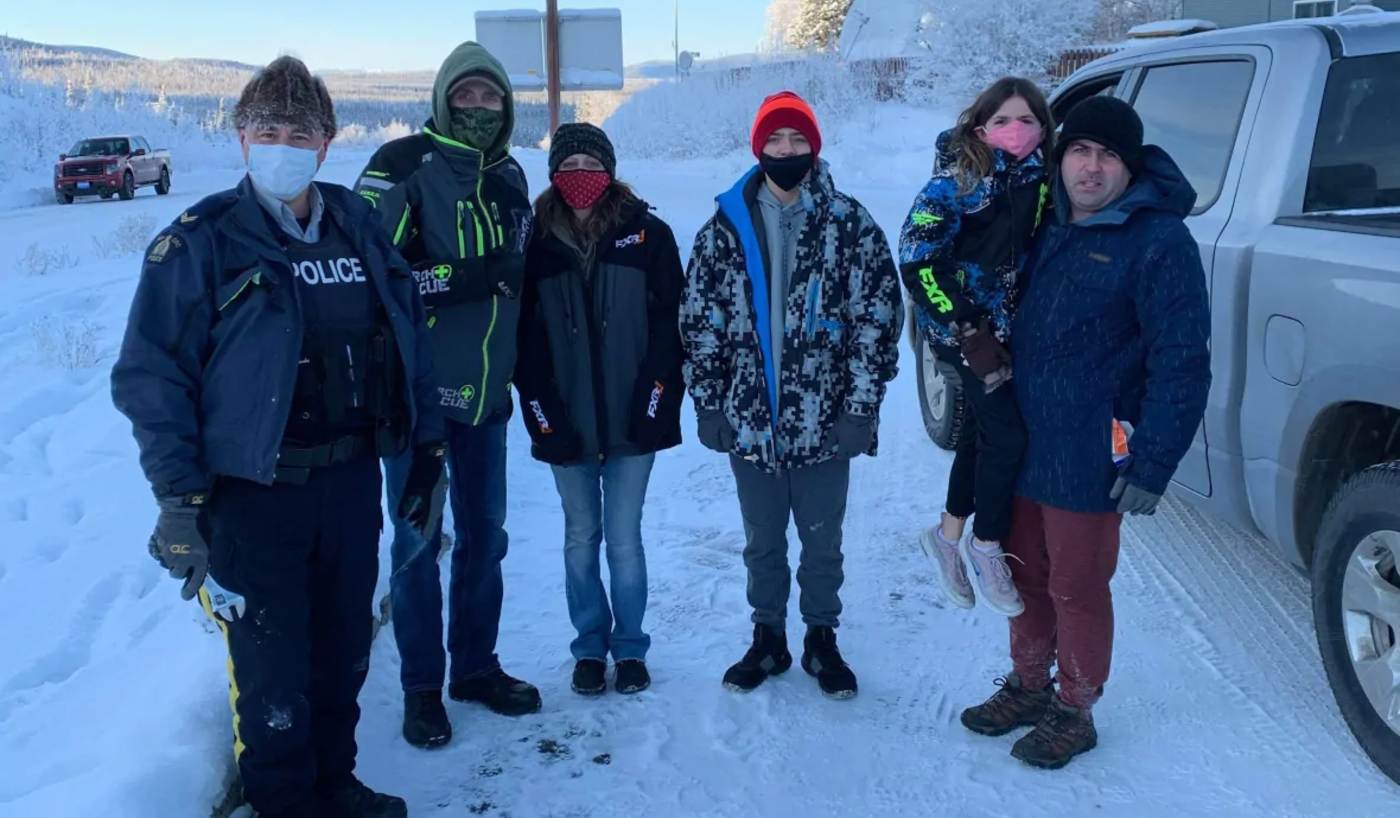 Though most modern-day women generally don’t like to think of themselves as damsels in distress, when fate lands them in peril, sometimes the only thing to do is call for a knight in shining armor to come to the rescue. For one American woman, that knight turned out to be a Canadian ranger.

Lynn Marchessault was behind the wheel of a pickup towing a large trailer as she and her two children headed to Alaska to join her husband at the military base where he currently serves.

Although Marchessault is former military and used to tough situations, even after upgrading to studded snow tires, the Southerner wasn’t prepared for the snowy conditions that gradually worsened the further north they traveled.

Rather than risk harm to her children or herself, Marchessault decided to pull off the road and bivouac at a highway lodge that had been set up to house temporary workers. Her husband, stranded due to COVID-19 protocols, was unable to come to their assistance, so Marchessault sent an online plea for help.

The message was spotted by the watchful eyes of Gary Bath, who lives with his wife, Selena, in Fort St. John, British Columbia. Though the trek was close to 1,700 kilometers (roughly 1,056 miles), he was determined to see this woman he’d never met and her kids to their destination.

“I didn’t care how far it was, I just knew they needed help and they had a few short days to hit the border before they were going to get in trouble,” Bath told CBC News.

In addition to the stressful driving conditions, as a ranger, Bath knew Americans are only allowed a certain grace period to reach Alaska from the lower 48 states.

Bath and his wife, their car loaded with provisions, met up with Marchessault and her family at the inn. Entrusting them to Bath’s care, Selena drove home, leaving Bath behind to perform his knight in shining armor chauffeuring duties.

With Bath as pilot, the rest of the trip was uneventful. Everyone in the car observed COVID-19 precautions and the group reached their destination at the Alaskan border near Beaver Creek in the Yukon in good spirits.

His charges safely delivered, Bath now faced the daunting undertaking of making the return trip, but he needn’t have worried. News of his good deed had quickly spread.

RELATED: Guy Hitchhikes for the First Time Only to Get a Ride From Chris Hemsworth in a Helicopter

Thanks to word of mouth among his fellow rangers, combined with generous public contributions for his airfare to complete the final leg of his journey, Bath made it home in good time.

Bath says as happy as he was to help out, he was also touched by the generosity of others who pitched in along the way.

Marchessault was full of praise for the man who’d saved the day—and for his wife as well. “We are forever grateful to Gary and I’m thankful to his wife for bringing him up and loaning him out,” she said.

It seems that Marchessault and Selena Bath really hit it off, and are hoping to renew the friendship when the family heads back south.

MORE: Police Officer Helps to Shave Homeless Man’s Face in the Rain After Seeing Him Struggle Without a Mirror

And if that’s not a heartwarming ending for a story that started on a snowy winter day, we don’t know what is.

SHARE The Ride With Your Tribe on Social Media…

This 10-Year-Old Walked 1,700 Miles With His Dad from Italy to England For a Hug With Grandma