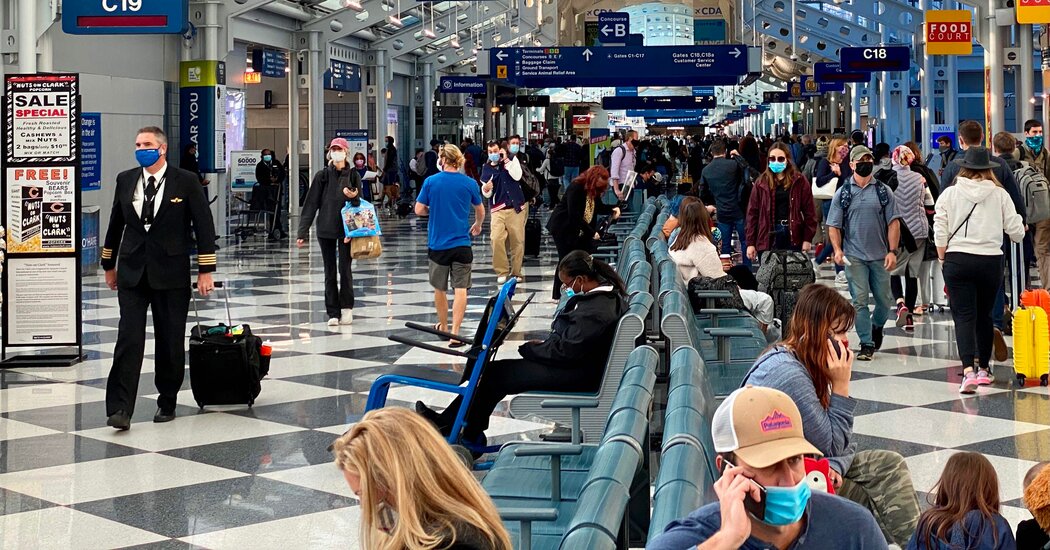 All record-breaking numbers for those states — and all on a day when the United States as a nation reached two grim new highs. On Thursday, the country recorded at least 90,000 new cases (that’s the equivalent of more than one per second) and crossed the threshold of nine million cases since the start of the pandemic.

Over the past week, the United States has recorded more than 500,000 new cases, averaging more than 77,000 a day, and nine states reported daily records on Thursday. More total cases have been identified in the United States than in any other country, although some nations have had more cases in proportion to their populations.

“There is no way to sugarcoat it: We are facing an urgent crisis, and there is an imminent risk to you, your family members, your friends, your neighbors,” said Gov. Tony Evers of Wisconsin.

Wisconsin has been badly hit. More than 200 coronavirus deaths have been announced over the past week, and as case numbers have exploded, hospitals have been under increasing strain.

But it is hardly alone.

The surge that started in the Upper Midwest and rural West has now spread far beyond, sending infection levels soaring in places as disparate as El Paso, Chicago and Rexburg, Idaho.

In the seven-day period ending Thursday, 24 states added more cases than in any other seven-day stretch of the pandemic.

All of this is taking place against the backdrop of a bitter presidential contest in which the pandemic — and the government’s response to it — is the dominant issue.

Daily reports of deaths from the virus remain far below their spring peaks, averaging around 800 a day, but those, too, have started to tick upward.

There are not many hopeful signs in the recent data.

Reports of new cases are increasing in 42 states. Northeastern states, including New Jersey and Rhode Island, are seeing infection numbers rise after months of stability. And in North Dakota, where more than 5 percent of the population has now tested positive — the biggest share of any state — reports of new cases continue to soar.