The Best Movies and TV Shows Coming to Amazon, HBO Max, Hulu and More in December 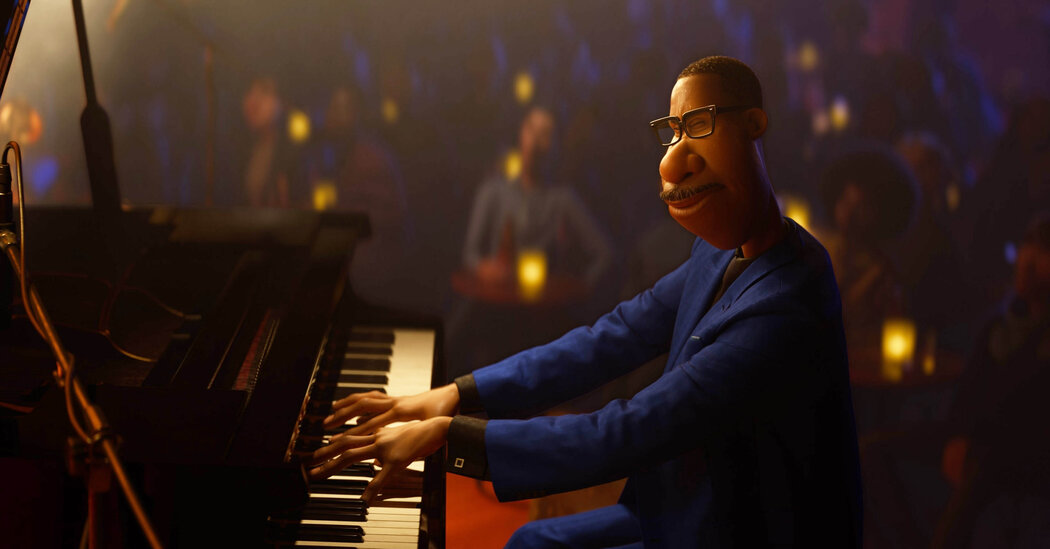 Every month, subscription streaming services add a new batch of titles to their libraries. Here are our picks for December.

Every month, streaming services add movies and TV shows to their libraries. Here are our picks for some of December’s most promising new titles. (Note: Streaming services occasionally change schedules without giving notice. For more recommendations on what to stream, sign up for our twice-weekly Watching newsletter here.)

Image Jamie Foxx provides the voice of Joe in “Soul.”Credit…Disney+

A Pixar movie aimed at fans of the studio’s more philosophical offerings — like “Inside Out” and “Coco” — the impressively offbeat and imaginative “Soul” is about a music teacher named Joe, who suffers a terrible accident and is whisked away to the afterlife just as he is about to realize his dream of playing piano onstage with a jazz great. Jamie Foxx provides the voice of Joe, while Tina Fey is the voice of “22,” a prickly unborn soul he meets when he resists his fate, and ends up stuck in a netherworld between life and death. The story takes several unexpected turns, which are best left unspoiled. Suffice to say that the varied visual styles, the upbeat tone, the wry jokes and the magnificent music make “Soul” one of Pixar’s best.

Riz Ahmed gives one of 2020’s best performances in the indie drama “Sound of Metal,” playing a drummer named Ruben, a recovering addict who faces a new set of challenges when he starts to lose his hearing. The director Darius Marder (who also co-wrote the film with his musician brother Abraham) takes an extremely intimate approach to this story, holding closely on his lead actor’s face and even distorting the movie’s soundtrack, as Ruben adjusts to a world increasingly difficult to understand. Ahmed conveys the character’s mounting panic — which only intensifies when it looks like he might lose his longtime girlfriend, Lou (Olivia Cooke). But he also captures a sense of possibility, as a community of deaf teachers and students try to get Ruben to appreciate the value of silence.

The writer-director Eugene Ashe’s throwback romance “Sylvie’s Love” is a film to get lost in, featuring beautiful people in stylish clothes wooing each other against the backdrop of an elegant and enchanting New York City in the late 1950s and early ’60s. Tessa Thompson plays the title character, a poised and passionate young woman who has her life mapped out: She is going to get a job as a television producer and marry her boyfriend when he gets back from serving in the Army overseas. Then she meets a promising jazz saxophonist (Nnamdi Asomugha) and starts to imagine something else for herself. Ashe keeps the melodrama to a minimum. Instead he makes something that has the sumptuous surfaces of an old Hollywood movie but centers the Black artists and middle-class professionals who were previously left out of the picture.

The title of the director Hannah Olson’s documentary “Baby God” refers to Dr. Quincy Fortier, a fertility specialist who made headlines when several DNA tests showed that he had been using his own sperm to help impregnate unwitting patients. While the subject matter here is pretty shocking — with a series of stunning revelations that includes yet another scandal, introduced halfway through the film — Olson doesn’t take the sensationalistic true-crime route. Instead, this short and unusually muted movie is primarily focused on Fortier’s progeny, who have had their lives upended by his choices and have spent years grappling with what it might mean to be related to someone who could be so vile.

Though the wonderfully whimsical animated series “Summer Camp Island” has reached its third season — an impressive milestone for any show these days — more TV buffs should be aware of Julia Pott’s utterly delightful kiddie cartoon, about youngsters who find clever ways to pass the time at a never-ending camp run by capricious witches. Preteen viewers will appreciate the brisk 11-minute episodes and the simple plots. Viewers of all ages should enjoy the deadpan, absurdist humor of Pott’s rainbow-colored universe, where nearly every inanimate object has a face and a personality. “Summer Camp Island” is trippy, but it’s not at all dark or disturbing. It’s a jolt of joy.

The pandemic has pushed several of this year’s potential Hollywood blockbusters onto VOD and the streaming services. “Wonder Woman 1984” may be the most high-profile picture yet to arrive on the small screen — though it will only be on HBO Max for a month while it will be in theaters around the world simultaneously. A sequel to the DC Extended Universe’s first “Wonder Woman” feature film, this new installment jumps ahead from World War I to the Cold War era, when the ageless Amazon superhero (played again by the athletic and charismatic Gal Gadot) embarks on a new mission, joined by several familiar faces from the earlier movie.

“Heaven’s Gate: The Cult of Cults”

“My Gift: A Christmas Special from Carrie Underwood”

“Let Them All Talk”

“The Bee Gees: How Can You Mend a Broken Heart”

Among the most popular young adult fiction characters of all time, the teen detectives known as “the Hardy Boys” debuted in the 1920s and have since appeared in multiple books, games and TV series. The franchise’s latest iteration targets fans of revisionist pop culture properties like “Riverdale.” Though the show’s creator Jason Stone puts Frank Hardy (Rohan Campbell) and his brother Joe (Alexander Elliot) in an old-fashioned small town, the prevailing sensibility here is very modern, with the brothers facing the suspicion of their local peers while they unravel a multiepisode mystery that involves the death of a loved one. Part melodrama and part whodunit, this take on “The Hardy Boys” is at once soapy and sincere and is as much about the characters’ relationships as about their ability to track down criminals.

The first two feature films directed by the Irish animator Tomm Moore — “The Secret of Kells” (2009) and “Song of the Sea” (2014) — were both nominated for the best animated feature Oscar, and it seems highly likely that his latest will get a nod in next year’s slate. Co-directed with Ross Stewart, “Wolfwalkers” is set in medieval times, in a repressive and superstition-addled village plagued by wolf attacks. When a hunter’s daughter befriends a wild child in the woods, she learns the secret of the wolves and tries to forge a truce. The story puts a simple spin on European folklore, but Moore and Stewart turn it into a visual marvel, using multiple 2-D animation techniques alongside classic cinematic tricks like split screens to capture the wonder of this bygone world.

“Earth at Night in Color”

A Necklace That Highlights the Beauty in Versatility

What the Church Meant for James Baldwin