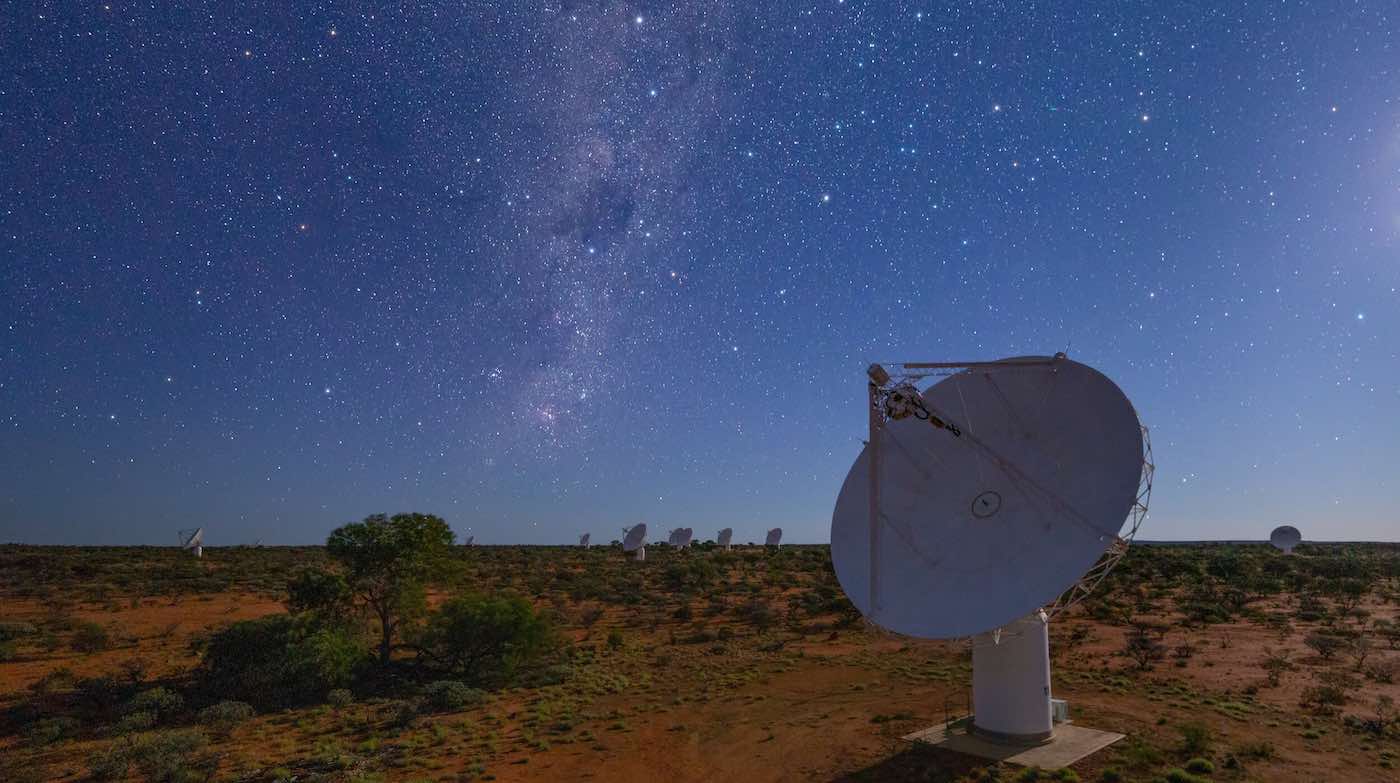 Reprinted with permission from World At Large, a news website of nature, politics, science, health, and travel.

The world-leading CSIRO telescope in Australia has mapped the entire southern sky in stunning detail and record time, identifying 3 million never-before-seen galaxies all in just 300 hours.

Announced on December 1 by the Australian national science agency CSIRO, the achievement has quickly made headlines around the world for producing a new atlas of the universe.

Previous telescopic all-sky surveys of the cosmos have taken years, and required tens of thousands of images to assemble.

The telescope, known as the Australian Square Kilometre Array Pathfinder (ASKAP) is a collection of 36 radio dish antennae in the Western Outback spread out over 4,000 square meters that work in tandem to sew together high-resolution images to create panoramic photos of the universe.

POPULAR: A Rare ‘Christmas Star’ is Coming This December for the First Time in 800 Years

High-resolution is different for ASKAP than for your iPhone, and the eventual 903 images it took to create the new atlas are made up of 70 billion pixels amounting to 26 terabytes of data according to CSIRO. This monumental load, which began as 13.5 “exabytes” was processed by a supercomputer called the “Galaxy” at the Pawsey Supercomputing Center.

“ASKAP is applying the very latest in science and technology to age-old questions about the mysteries of the Universe and equipping astronomers around the world with new breakthroughs to solve their challenges,” says CSIRO Chief Executive Dr. Larry Marshall.

3 million new galaxies is a lot of territory to explore, so presumably ASKAP is only just getting started.

RELATED: Hawking’s 50-Year Mystery About Falling into Black Holes Has Finally Been Solved

“This census of the Universe will be used by astronomers around the world to explore the unknown and study everything from star formation to how galaxies and their supermassive black holes evolve and interact,” lead author and CSIRO astronomer Dr. David McConnell said in a statement.

He continued to suggest that potentially tens of millions of galaxies await discovery with this new telescope/supercomputer pairing in the future.

WATCH a time-lapse video of the array in action…