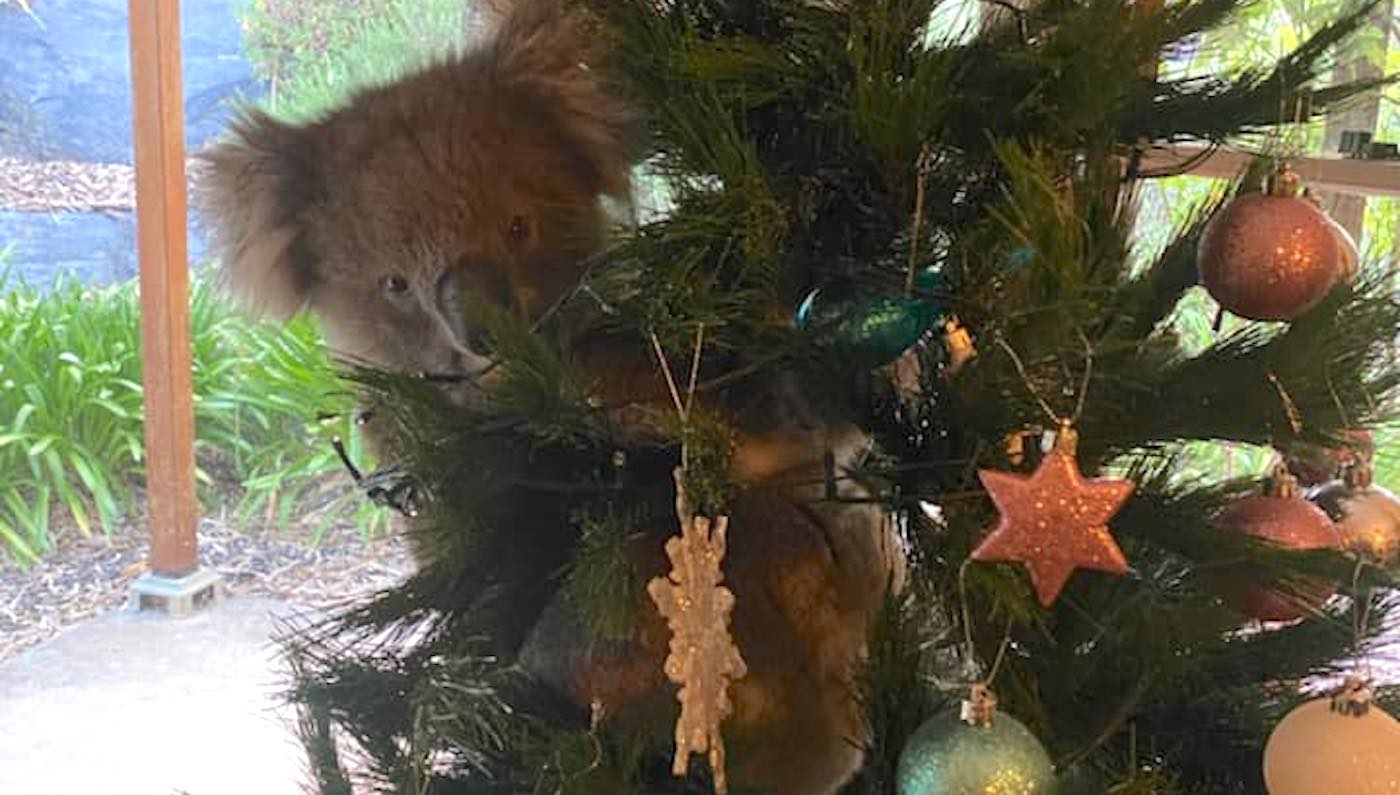 A woman near Adelaide had the best tree-topper of all time—at least for a day.

Amanda McCormick found that her Christmas tree had a new ornament after a live koala wandered into her home and snuggled up the branches of the white pine.

Lucky for the internet, she took pictures before calling a wildlife rescue group, 1300KOALAZ.

“Our hotline operator took a call,” the charity wrote on FB. “At first she thought she was the victim of a prank call.”

They merrily reported that the koala was “desperate to get in the Christmas spirit.”

Amanda, who lives in Coromandel Valley in southern Australia, is not alone. Dee Hearne-Hellon, the co-founder of 1300Koalaz, says koalas are occasionally known to sneak into houses.

WATCH: Aussie Woman Shares Her Water With Thirsty Koala on a Hot Day

Perhaps, especially, when there’s a pretty tree to climb.

The juvenile female was released into the neighborhood, which is in a region of habitat perfect for koalas, and scurried up a nearby tree.

LOOK: Australian Soldiers Using Time Off to Care for Koalas Displaced by the Fires

“Tis the season to be jolly…Koalalalala Lalalala.”

SHARE The Christmas Spirit With Friends on Social Media…

COVID Vaccines: When and how will COVID-19 vaccines become available?

As the U.N. Reclassifies Cannabis, Landmark Study Shows CBD Does Not Impair Driving