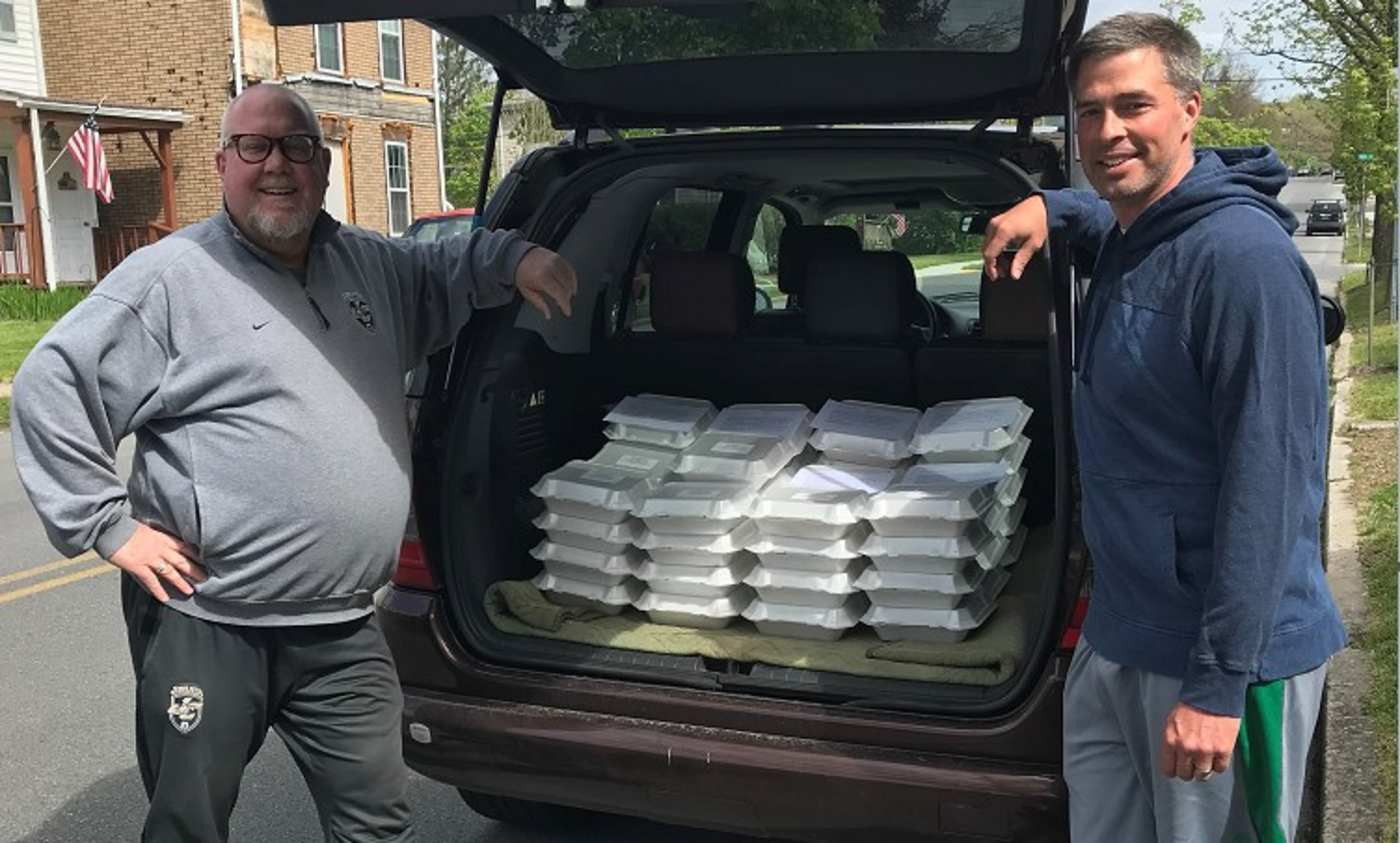 Whether their play of choice is a team sport like basketball or football, or something more mano a mano, like tennis, chess, or even videogames, some men are hardwired with the instinct to compete. Yes, to the victor belongs the spoils, but perhaps equally important, he who wins has bragging rights.

So it’s not surprising this the spirit of competition has spilled over into the culinary world as well. While they might not be up to the task in real life, there’s many a home chef who dreams of beating Bobby Flay, taking top honors on Cake Wars, or being crowned a Chopped Champion.

This past April, when Huntington, Pennsylvania dads 58-year-old Scott McKenzie and his buddy 42-year-old Jeremy Uhrich found themselves embroiled in what could be termed, “the cookie wars,” neither man realized what began as a friendly competition to see who was the better baker would morph into something that would have a major positive impact on their community at large.

After being furloughed from his associate coaching job at a local liberal arts college due to the coronavirus pandemic, McKenzie set himself a goal of learning a new skill each week. Up first—cookie baking.

Though the results of his first attempt at chocolate chip cookies weren’t flawless, they were pretty darn tasty.

When McKenzie proudly posted of his success to Facebook, middle school English teacher Uhrich commended his pal’s efforts, but said he was sure he could do better. Thus, the cookie gauntlet was thrown and the bake-off was on.

With the winner crowned, Uhrich and McKenzie made the rounds, dropping off the remaining cookie batches to essential workers in the Huntington area. The recipients couldn’t have been more pleased.

“We came out of it saying, ‘A little bit of sugar and some flour can go a long way. We should do it again,’” Uhrich said in an interview with The Washington Post.

Inspired to do more, the pair tweaked their two-man bake-off concept, transforminging it into an initiative called Cookies for Caregivers.

“Cookies for Caregivers was born as a reflection of the COVID-19 experience in 2020,” notes the group’s Facebook page. “Many folks continued to go to work and serve their community as others were told to stay home, or were able to work from home. We decided to show our gratitude to those working to serve us by serving them freshly baked cookies as a modest sign of our appreciation and respect.”

McKenzie and Uhrich were hopeful others would volunteer their time and baking expertise, but they never expected the enthusiastic response their idea received. In just a few days, group membership topped 100 would-be cookie bakers.

With so many willing to be involved, McKenzie and Uhrich organized a round robin of four bakers per week. Uhrich coordinates the bakers; McKenzie is tasked with setting up COVID-safe drop-offs the distribution side. One day each week, they load up a car and make deliveries.

In the first eight months after Cookies for Caregivers made its debut, McKenzie and Uhrich estimate more than 1,300 dozen—that’s 15,600 individual—cookies found their way to the mouths of essential workers in hospitals, schools, fire and police stations—and even the newsroom of the local newspaper.

Even though he’s back at work, McKenzie and his baking partner continue to helm the cookie initiative, however, both feel blessed that others took up their game plan and not only kept the ball in play, but ran with it. “This is a direct reflection of our community as a whole, and a credit to them,” Uhrich said. “This community is small in size, but huge in heart.”

It’s said that money can’t buy happiness, but it seems that dough—when it’s cookie dough, that is—can go a long way toward putting smiles on hundreds of deserving faces. And when it comes to providing comfort and cheer to essential workers, there’s nothing half-baked about that recipe.